(WNS)–The American College of Pediatricians (ACP), established in 2002, is earnest in its mission to provide a conservative, science-based perspective of childhood health—an alternative to the liberal policies of the influential American Academy of Pediatrics. Besides publishing policy statements in favor of two-parent homes, with a mother and father, and opposing the sale of emergency contraceptives to adolescents over the counter, the ACP has filed more than a dozen amicus briefs since 2006 in cases involving issues such as same-sex marriage, abortion, and adoption.

In February 2013 the ACP filed one such “friend of the court” brief in Welch v. Brown, a prominent case challenging California’s Senate Bill 1172, the law that prohibits state-licensed mental health doctors from treating patients under the age of 18 with “sexual orientation change efforts.” Under the law, pediatric psychotherapists cannot provide counseling intended to change a patient’s unwanted same-sex attractions.

The 9th U.S. Circuit Court of Appeals upheld the law in January in an opinion that consolidated Welch v. Brown with a similar case, Pickup v. Brown. The law is on hold while opponents appeal the case to the U.S. Supreme Court. 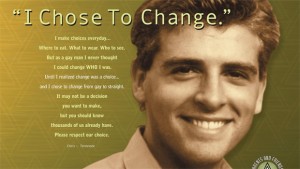 In its brief, the ACP argued the orientation therapy ban intrudes on the physician-patient relationship and dictates what type of treatment is appropriate, even though mental health professions are already capable of dealing with unprofessional conduct. It noted homosexuality is not determined by genes, or fixed at birth, but develops under the influence of multiple factors, sometimes including childhood trauma like sexual abuse.

The ACP said mental health specialists who affirm adolescents as “gay” are making a premature judgment and risking harm: “Among adolescents who claim a ‘gay’ identity, the health risks include higher rates of sexually transmitted infection, alcoholism, substance abuse, anxiety, depression, and suicide.” In one prominent study, 3 out of 4 young people who felt some same-sex attraction between the ages of 17 and 21 later confirmed themselves as exclusively heterosexual.

Other research found for every year adolescents delayed “coming out” as homosexual or bisexual, their risk of suicide decreased, another reason not to pressure kids to accept a label.

The ACP pointed to research from the National Association for Research & Therapy of Homosexuality (NARTH) concluding that unwanted same-sex attractions can be successfully treated in patients, without any known risk of harm greater than other forms of psychotherapy.

The pediatric group took critical aim at the American Psychological Association, which established a “task force” that determined sexual orientation change therapy could harm patients. But their evidence was based primarily on interviews in which former patients claimed to have been harmed by such therapy, rather than on tangible evidence of harm. (The task force’s report even noted, “Because of the lack of empirical research in this area, the conclusions must be viewed as tentative.”)

“This is pseudo-science,” the ACP wrote in response.

On May 20, the ACP filed another brief asking the U.S. Supreme Court to strike down the California law as unconstitutional for infringing on free speech. It argues the law violates the First Amendment by prohibiting doctors from providing verbal counseling for the purpose of changing an unwanted sexual orientation.

“Any licensed therapist who defies this audacious attempt to dictate what a therapist may and may not say to a young patient struggling with unwanted [same-sex attraction] faces discipline for ‘unprofessional conduct,” the brief says.

The Supreme Court is expected to decide by September whether to take up the case.