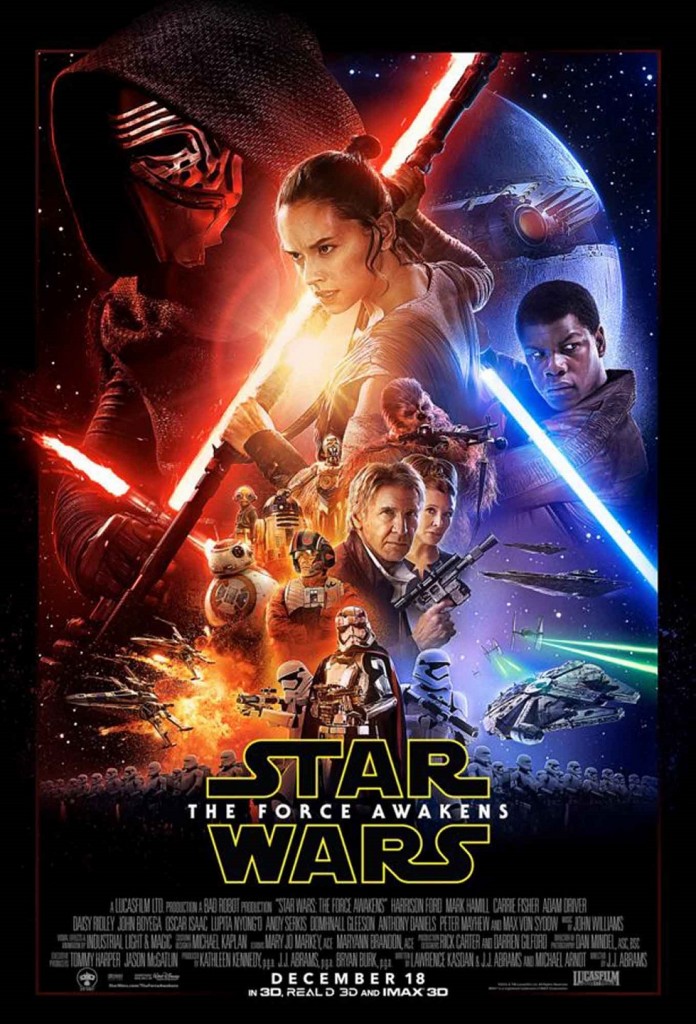 NASHVILLE (BP) — The latest Star Wars movie has awakened a force of Christian-themed commentary touching on subjects from the film’s theological errors to its relation to the storyline of the Bible.

“Star Wars: The Force Awakens,” rated PG-13, is expected to gross approximately $200 million in North America for its opening weekend Dec. 18-20 and could earn up to $1 billion in domestic box office revenue, becoming the top grossing movie of all time, according to The Hollywood Reporter.

The film is set 30 years following “Star Wars: Episode VI — Return of the Jedi” (1983) and chronicles the protagonists’ effort to defeat a totalitarian-led army seeking to conquer the universe.

Among Southern Baptists, a Missouri pastor has written an analysis of theologically troubling themes in Star Wars, Southern Baptist Theological Seminary devoted the cover of one campus publication to the latest film and a Southern Seminary professor has re-released his 2003 book exploring a Christian experience of the first six Star Wars movies.

In the broader evangelical world, Christianity Today, The Gospel Coalition, R.C. Sproul’s Ligonier Ministries, The Heritage Foundation, Crosswalk.com and The Christian Post among others all have published Star Wars-themed articles.

“The people writing about Star Wars today grew up watching it,” Boatwright said. “Star Wars changed the way films were made, beginning a trend of special effects becoming more important than story and inanimate objects becoming central characters. It was then, as now, a phenomenon, with brilliant marketing tactics causing moviegoers to want to see it over and over.”

In his review of “The Force Awakens,” Boatwright said New Age and Eastern religious themes, for which Star Wars movies have drawn criticism from believers in the past, “are pared down a bit.” He called the latest installment “a spin on the western genre, if you will. Or perhaps more precisely, it is a good vs. evil actioneer wherein a price is paid for freedom, truth and the Galaxy way.”

Jake Taggart, director of education at Concord Baptist Church in Jefferson City, Mo., wrote in an Internet commentary on the church website that Christians should enjoy “The Force Awakens” but be aware of “theological fissures of Star Wars lore that heterodoxically distances it from Christianity.”

Among the theological points noted by Taggart are that Star Wars appears to equate God with forces in the universe — a religious system known as pantheism — and to suggest salvation comes through losing personal identity after death and becoming “one with the Force.”

Despite these themes, “Christ-followers need not fear attending the latest Star Wars movie,” Taggart wrote. He urged parents to discuss with their children the differences between Star Wars and Christianity.

“Star Wars is a great drama, but its theology is not from a galaxy far, far away, but more likely from an earthen region in the far, far east,” Taggart wrote. “Just remember that it is only the Gospel of Jesus Christ that can save humanity.”

At Southern Seminary, the cover of the December-January issue of the campus publication Towers pictures a starry sky and features the headline: “Star Wars: The Wonder Awakens.” A four-page spread discusses “the religious world of the Star Wars saga.”

A message from editor Craig Sanders notes, “The Force Awakens … is expected to be the biggest movie of all time. If you don’t see this movie, most of your friends and family will, so I hope this issue helps you engage in the task of interpreting movies from a Christian worldview.”

Southern Seminary professor Timothy Paul Jones’ book on Star Wars, “Finding God in a Galaxy Far, Far Away,” was re-released by Waterbrook Multnomah in conjunction with the opening of “The Force Awakens.”

Jones told BP that Star Wars films, like nearly all movies “worth watching,” echo the Bible’s storyline by depicting a good state of existence that is lost and needs to be restored.

“In the best movies, the heroes endure suffering and sacrifice to triumph over evil and bring about a new and better possibility,” Jones, a professor of family ministry, said in written comments. “This basic storyline characterizes the best movies because this storyline was God’s storyline long before it was ours.

“God created a good world; this world was distorted through the fall of Adam and Eve; God purchased redemption through the death and resurrection of Jesus Christ; and this glorious resurrection inaugurated a new creation that God will bring to fruition and fulfillment at the end of time,” Jones said.

“The Force Awakens,” according to Boatwright’s review, contains “one mild expletive” along with violence that “is cartoonish, with no blood,” though there is a “great deal” of killing. The film contains no sex or nudity.