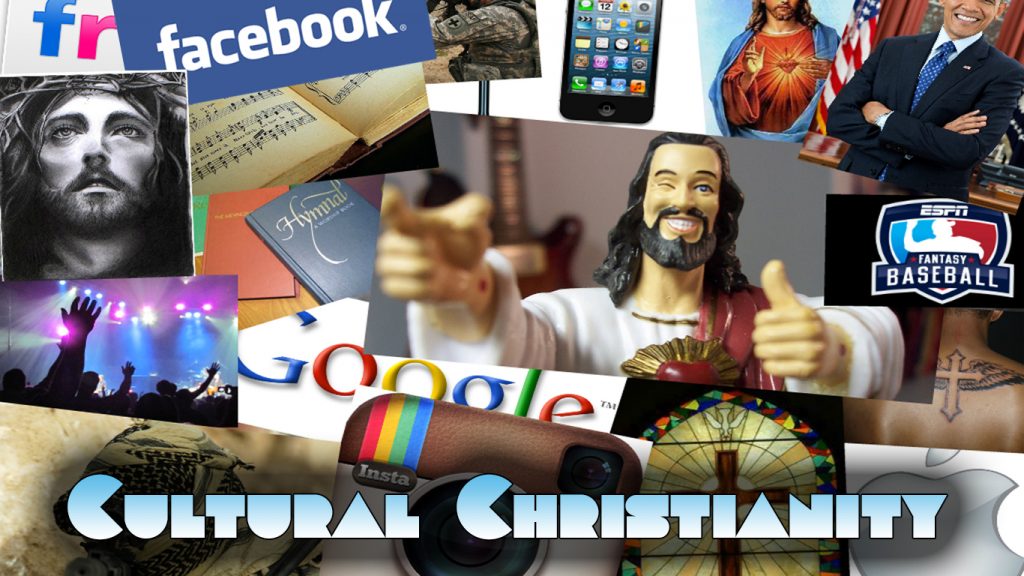 Most of the Christians that you run into today really aren’t. Christians, that is.  They really aren’t Christians. They have been tricked by phony politically correct preachers into believing that salvation of one’s soul is as simple as walking an aisle and repeating a prayer.

Being a Christian requires more than simply “asking Jesus into your heart.”  “Putting on Christ,” “receiving Him as your Lord and Savior,” or merely “finding the Lord.”  Jesus isn’t lost.  You don’t find Him.  He calls people.  He transforms people; He demands your death in order to receive HIS life.

Try this one on for size.  “I am crucified with Christ: nevertheless I live; yet not I, but Christ liveth in me: and the life which I now live in the flesh I live by the faith of the Son of God, who loved me, and gave himself for me.” Gal 2:20

I wonder how many “Christians” today realize that salvation from one’s sins requires crucifixion of one’s flesh.  In order to be “born again” one is required to die. There can be no new birth without a death. Most still-born Christians have never died to self. Christians love to talk about their “faith walk” when most never walk out their faith anywhere.  Still-born Christians are incapable of walking.

That is why so many church-goers today are still-born.  The seed of life was planted in them but their transformation was aborted after birth.  Perhaps they received the seeds of salvation at an altar but the seeds were never watered and the plant was never pruned.

The church is full of still-born Christians.  That is why the church is so ineffective in advancing the Kingdom of God.  Why else would the church seem to be so powerless?  Could it be that the Life of Christ never took root and grew inside them?  Is it possible that the American church today is nothing more than an incubator where the babes in Christ never make it to adulthood?

Let me say it again.  Most people that you run into in your local assembly are cultural Christians.  The message in most churches is that Christ died so that the adherents could live a more robust life.  The true call of Christianity is to lay down one’s life for the cause of Christ.  Today, we are taught that Christ laid down HIS life for us.  Fake religion is shallow and it destroys the life of Christ.  Empty religion produces still-born followers.  Most church-goers are not going to Heaven.

How do I know that?  Simple.  Just read this.  “Not every one that saith unto me, Lord, Lord, shall enter into the kingdom of heaven; but he that doeth the will of my Father which is in heaven.  Many will say to me in that day, Lord, Lord, have we not prophesied in thy name? and in thy name have cast out devils? and in thy name done many wonderful works?  And then will I profess unto them, I never knew you: depart from me, ye that work iniquity.” Math 7:21

Sadly, most churches ask the wrong question, “Do you know Jesus?”  That is like asking someone if they know Donald Trump.  EVERYONE knows Donald Trump.  But would President Trump take a call from you?  Would he come to your birthday party or wedding?

Of course he wouldn’t, because He doesn’t know you.  The question we need to ask Christians today is not “do you know Jesus but does Jesus know YOU?”  Evidently, knowing Jesus and Jesus knowing you is not the same thing.

Does the life of Jesus live inside you or are you a still-born Christian?

Recent studies declare that over 75% of Americans claim to be Christians.  If that were the case how could America be in the moral condition that we are in?   The Homosexual Alphabet Mafia is less than 3% of the population and they are in control of every major power source in America.

Can you name any other sexual perversion that has an entire month to celebrate their debauchery when Veterans and Presidents only have one day?  The Homo Mafia runs the government, education, media, Hellywood, the business world, Big Science, and they are creeping into power in the Evanjellyfish church.

How can that be?  How can Bible-believing Christians be convinced that butt-sex between two men is normal?  How can the church sit silently by and allow cross-dressers to lure children into public libraries for the sole purpose of recruiting our young people into that dastardly death-style?  How can a sodomite stand on the stage in a Christian assembly?

Marriage is on life support.  You know the world is messed up when homosexuals want to get married and college girls don’t.  Fornicating young people are granted permission to kill the life that their sinful behavior has produced and all of this is done under the watchful eye and with the permission of the local church.

One of the greatest evidences that the church is full of still-born believers is that they have lost their voice.  Isaiah said it this way.

“His watchmen are blind: they are all ignorant, they are all dumb dogs, they cannot bark; sleeping, lying down, loving to slumber.  Yea, they are greedy dogs which can never have enough, and they are shepherds that cannot understand: they all look to their own way, every one for his gain, from his quarter.   Come ye, say they, I will fetch wine, and we will fill ourselves with strong drink; and tomorrow shall be as this day, and much more abundant. Isaiah 56:10-12

Dogs that cannot bark.  They see the enemy at work and they are incapable of doing anything about it.  Dead religion produces dead followers. No wonder the nation is going to hell in a hand basket.

The church world is full of still-born Christians with no bark, no bite, no courage and no life.