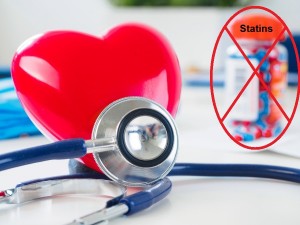 If you have been visiting Health Impact News, you may have noticed the notion that arterial inflammation is what’s behind heart disease, not cholesterol from saturated fats.

A clinical human trial recently published in The New England Journal of Medicine in August of 2017 may tip a few more in the medical field into accepting the current awareness that inflammatory damage is a major cause of heart and cardiovascular disease, and cholesterol is trying to patch up the damage before the vessel begins to leak or rupture.

Cholesterol is actually a vitally useful “waxy” compound for many parts of our bodies, especially the brain. Lowering cholesterol is misguided, and usually causes terrible side effects.

Canakinumab is a drug with the brand name Illaris developed by Novartis to neutralize interleukin-1b. Interleukin-1 is a pro-inflammatory cytokine that’s part of our natural immune system. But if it’s overproduced or becomes chronic, it results in increased inflammation throughout the body.

The current marker for inflammation is hsCRP, high-sensitivity C-reactive protein, which is produced by the liver when there is inflammation anywhere in the body. It is detected by testing for CRP with blood samples.

The Center for Cardiovascular Disease Prevention conducted a 48 month double blind placebo trial involving slightly over 10,000 heart patients covering 37 nations who had experienced at least one heart attack, technically know as a myocardial infarction, among whom all had high hsCRP readings.

The results were favorable for Novartis regarding lower hsCRP levels and lower future cardiovascular events, concluding:

Canakinumab significantly reduced high-sensitivity C-reactive protein levels from baseline, as compared with placebo, without reducing the LDL cholesterol level, and the 150-mg dose resulted in a significantly lower incidence of recurrent cardiovascular events than placebo. (Source)

But Illaris is a canakinumab drug injected every three months that would cost $64,000 per year with a potential risk of lowered immunity against infectious disease.

Never mind the drug. The researchers at the Center for Cardiovascular Disease Prevention at Brigham and Women’s Hospital in Boston, Massachusetts, led by Paul Ridker, MD, had been working on a bigger mission as indicated by the following excerpt from the Novartis study and Dr. Ridker’s statements after it. From the study:

Experimental and clinical data suggest that reducing inflammation without affecting lipid levels may reduce the risk of cardiovascular disease. Yet, the inflammatory hypothesis of atherothrombosis has remained unproved. (Source)

Upon releasing the study and after its publication, the lead researcher Dr. Paul Ridker, MD, asserted:

These findings represent the end game of more than two decades of research, stemming from a critical observation: Half of heart attacks occur in people who do not have high cholesterol. For the first time, we’ve been able to definitively show that lowering inflammation independent of cholesterol reduces cardiovascular risk. [Emphasis added] (Source)

Commentary: Lipid Theory of Heart Disease Has No Merit

While this study serves as official notice that inflammation is at least a considerable co-factor for cardiovascular disease, regardless of cholesterol levels, it should be weighed against the fact that it has also officially promoted further studies and pharmaceutical drugs without completely eliminating the bogus lipid theory of cardiovascular disease.

The conventional medical solution for this false cholesterol source of heart disease has been to almost eliminate healthy cholesterol with widespread prescriptions of highly profitable statin drugs, creating conditions conducive to Alzheimer’s, other neurological diseases, and physical impairments. (Source)

Nevertheless, this study “officially” supports what some cardiologists and others have come to claim over the past few years, defying conventional medicine’s false culprit of cholesterol from saturated fat while pointing to arterial inflammation.

There are many other natural, safer solutions for addressing inflammation. One is curcumin from turmeric. And there are natural solutions to coronary disease that should be pursued. A few appear near the end of this article.

The main sources of inflammation from dietary sources can easily be minimized or eliminated to inhibit chronic inflammation: sugar, HFCS (high fructose corn syrup), and other dietary factors that include the partially hydrogentated trans-fatty processed oils and margarine that were created to replace natural healthy saturated fats like coconut oil and butter.

Dr. Dwight Lundell, MD, was one of the earliest among the few cardiologists to admit the whole lipid (fat) and cholesterol theory of fat is wrong. A surgeon, he viewed the true source of cardiovascular disease as inflammation, stating:

The discovery a few years ago that inflammation in the artery wall is the real cause of heart disease is slowly leading to a paradigm shift in how heart disease and other chronic ailments will be treated.