(WNS)–A district court in Sweden recently ruled against midwife Ellinor Grimmark, who was denied employment at four hospitals because she refuses to participate in abortions.

In November 2013, Höglandssjukhuset Women’s Clinic in Jönköping County rescinded its job offer to Grimmark after she said she could not perform abortions because of her conscientious objection and her Christian faith. The head of the maternity ward left a voicemail saying “she was no longer welcome to work with them” and questioned “whether a person with such views actually can become a midwife,” according to Scandinavian Human Rights Lawyers (SHRL), an NGO representing Grimmark. Swedish midwives are similar to nurses in other countries.

Grimmark filed a religious discrimination complaint with Sweden’s Equality Ombudsman. While waiting for a ruling, two other employers also refused to hire her because of her pro-life stance. A fourth potential employer, Värnamo Hospital, offered to hire Grimmark as a temporary employee, but withdrew the offer after her complaint went public. The head of the hospital told Grimmark no employee was allowed to publicly take a stand against abortion, according to SHRL.

“As a midwife, I want to exercise a profession which defends life and saves lives at all cost,” Grimmark said in a statement printed in the Swedish newspaper Aftonbladet. “Are healthcare practitioners in Sweden to be forced to take part in procedures that extinguish life, at its beginning or final stages? Somebody has to take the little children’s side, somebody has to fight for their right to life.”

In April 2014, the Equality Ombudsman ruled Grimmark did not have a case because the hospital refused her the position “not because of her religion, but because she was not prepared to perform duties that were part of the job description,” bosnewslife.com reported at the time. 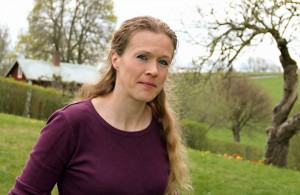 But Sweden is a member of the European Union, which obligates the country to follow international laws defined by the Parliamentary Assembly of the Council of Europe. In 2010, the Assembly passed a medical care law declaring “no person, hospital, or institution shall be coerced, held liable, or discriminated against in any manner because of a refusal to perform, accommodate, assist, or submit to an abortion, the performance of a human miscarriage, or euthanasia, or any act which could cause the death of a human fetus or embryo, for any reason.” In addition, the ratified European Convention on Human Rights states in Section 1 Article 9, “Everyone has the right to freedom of thought, conscience, and religion …”

Grimmark appealed the ruling and enlisted the help of Alliance Defending Freedom International (ADF). ADF filed a friend-of-the-court brief with the district court on Grimmark’s behalf.

“Willingness to commit an abortion cannot be a litmus test for employment,” ADF legal counsel Paul Coleman said in a press release.

But on Nov. 12, the court ruled against Grimmark, stating employers have the right to define job descriptions and expect applicants to be willing to fulfill all the duties listed. It also found it was appropriate and necessary to require midwives to perform abortions because “the region has an obligation to ensure that women have effective access to abortion.”

Grimmark’s husband noted the court loss in a Facebook post and pleaded for financial help. The court ordered Grimmark to pay the county’s legal fees—about $109,000.

After the ruling, SHRL announced Grimmark, currently working as a midwife in Norway, will appeal the decision to Sweden’s Göta Court of Appeal.

“Freedom of conscience is a fundamental human right,” said SHRL attorney Jörgen Olson. “To deny freedom of conscience to all healthcare workers in Sweden cannot be considered a measure necessary in a democratic society. Sweden has not shown in what way the country’s healthcare system is so unique compared to the rest of Europe and neighboring countries that it is impossible to grant Ellinor Grimmark a right to conscience.”