(WNS)–Christians looking to raise funds for religious liberty causes have a new crowdfunding option that won’t kick them off the site for defending their faith.

In April, popular crowdfunding site GoFundMe halted a campaign raising money for Aaron and Melissa Klein, owners of Sweet Cakes by Melissa. Oregon’s labor commissioner found the couple guilty of violating state anti-discrimination laws when they refused to bake a cake for a same-sex commitment ceremony and ordered them to pay $135,000 in damages to the lesbian couple. Activists brought the fundraiser to the attention of GoFundMe staff, who declared it in violation of the site’s terms of agreement. Company policy says the site cannot be used “in defense of formal charges of heinous crimes, including violent, hateful, or sexual acts.”

But friends opened a new campaign in August using Continue to Give (CTG), a faith-based giving platform, with the goal of raising $150,000. In just two weeks, the campaign has raised $390,000 and boasts more than 20,000 social media “shares” and 8,400 comments from well-wishers.

Jesse Wellhoefer, then a college student, first envisioned a fundraising site for missionaries in 2004 while on a missions trip to Tanzania. The idea soon grew to include helping Christians with other types of fundraising—church offerings, support for nonprofits, and other individual causes, like adoption expenses. He began building the site in 2011 at night and on weekends while working as a web developer. After piloting the program with a few organizations, he launched the site for public use in 2013. 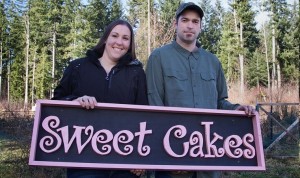 Today, the for-profit company has five full-time employees and has raised “millions of dollars from thousands of donors,” Wellhoefer said. Many users are attracted to CTG because its prices are much lower than the competition, Wellhoefer said. CTG’s total fees are about half as much as GoFundMe’s for individual and nonprofit causes. But churches make up CTG’s largest user group, with the site hosting online giving for hundreds of congregations across the nation for a low-cost monthly rate, rather than a per-donation fee.

Wellhoefer, 32, describes himself as a born-again Christian who wants to “run the company in a God-honoring way,” building tools that truly help others, rather than just making money. But he does not require his employees, or the people who use the site, to share his faith. Any organization, group, or individual is free to raise money on the site, which uses a badging system to help donors vet causes.

“The idea of Continue to Give is that you know who you are giving to and why,” Wellhoefer said. “If your community supports you, they support you. We don’t stop people from supporting you. We let the community decide who they will support.”

Wellhoefer is vague about what causes are “legitimate.” For example, I asked Wellhoefer if a non-Christian nonprofit or a homosexual couple trying to raise money for an adoption could use the site. He said yes. He would not offer an example of a hypothetical fundraiser he would ban from the site.

GoFundMe bans users from using its site to raise money for a host of reasons, including pornography “of any kind,” assisted suicide, non-prescription drug use, weapons, organized violence or rebel groups, and “funding of an abortion (human or animal).”

In contrast, CTG’s terms are short, only banning users from fundraising for causes that are “offensive, obscene, or racist.”

“Because we mostly work with nonprofits and churches, we haven’t been forced by people abusing us to make a laundry list [of objectionable causes] yet,” Wellhoefer said. “We’re just trying to do what God called us to do.”