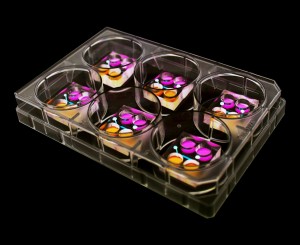 (WNS)–Recently, a team of biologists and mechanical engineers at the University of Michigan accidentally discovered that the embryonic stem cells they were coaxing to become three-dimensional structures began rapidly forming into embryo-like entities instead. The cells formed the beginnings of the amniotic sac and, inside it, the embryonic disc, or future body, MIT Technology Review reported. The team determined these incomplete “embryoids” would never become a person because they lacked the cell types necessary to create a placenta, heart, or brain.

Twice in the past year, researchers constructed synthetic mouse embryos. Ethicists quickly warned that before long scientists would use the same technique with human embryos. Now it looks like those warnings will come to fruition. This accidental discovery highlights the ever-burgeoning ethical concerns surrounding embryonic stem cell research, which involves the destruction of human embryos. Currently, at least some laws exist that restrict funding and access to human embryos, but some scientists look at lab-created human embryoids as a way around those restrictions. “Scientists at Michigan now have plans to manufacture embryoids by the hundreds,” wrote Antonio Regalado in the MIT Technology Review article.

When the researchers published their findings, they intentionally used words such as “asymmetric cyst” to describe the embryoids in a way that would not alert people to the fact that these lab-created cells were a form of human embryo. “We have to be careful using the term synthetic human embryo because some people are not happy about it,” Jianping Fu, head of the University of Michigan engineering lab, told the MIT publication.