Tainted Cancer Drugs Can Cause Stroke As Nationwide Recall is Expanded

(NaturalHealth365) A diagnosis of cancer is devastating. But cancer sufferers who have followed medical provider advice to undergo treatment with so-called cancer-fighting drugs may have unknowingly been exposed to the additional risk of stroke or other life-threatening medical events.

Why is this happening? The danger is due to tainted cancer medication in the form of sterile injectable drugs that the manufacturer began recalling in early June – due to “particulate” matter, as the company described the issue. The recall comes amidst yet another round of big pharma takeovers and acquisitions, leaving consumers to wonder whether drug companies are willing to take any available shortcut – even putting consumer health at risk – to turn a deal and build profit margins.

Multiple recalls of contaminated drugs: A shocking reality within the pharmaceutical industry

In early June, the U.S. Food and Drug Administration (FDA) distributed a media release from drug manufacturer Mylan in which the company recalled seven lots of the cancer drug gemcitabine, two of which carried the Pfizer label. The cancer drugs are typically used to treat breast, ovarian, pancreatic and non-small cell lung cancers. 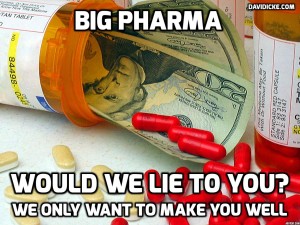 Mylan noted that while it was not aware of any incidences of patient health reactions to the drugs, a range of serious health threats are possible if particulate from the tainted drugs are injected into a patient. The company admits the risks can be life threatening, including chance of stroke.

In addition, Mylan announced it was recalling a single lot of methotrexate, a drug used to treat severe psoriasis, certain neoplastic diseases and adult rheumatoid arthritis. The June recall follows an earlier recall by Mylan, in April, during which it recalled one lot of the cancer drug carboplatin with a Mylan label, along with seven lots of cancer meds it manufactured for Pfizer. The latter included five lots of gemcitabine in different doses, and one lot each of methotrexate and cytarabine.

The recall of tainted cancer drugs comes amidst a swirling environment of FDA warnings, corporate takeovers and acquisitions that bring into question whether pharmaceutical companies are paying as much attention to safe manufacturing practices as they are to orchestrating their next ‘great’ business deal.

The drug cytarabine, manufactured for Pfizer and recalled in April, was also made at the Agila plant in Bangalore. It is now known that the facility had already been cited with a warning letter from the FDA 2013, just prior to Mylan closing the deal. The FDA warning involved the plant’s use of defective gloves in the aseptic processing area, and noted that the company was not taking the problem seriously enough.

Just last year, Mylan recalled 10 lots of another Pfizer drug traced to the Agila plant for missing labels and for a black particulate.

Mylan is now in the midst of a complex big pharma game of mergers and acquisitions with a deal involving Perrigo, while at the same time Teva is making a bid for Mylan. Meanwhile, Pfizer is making a bid to expand its own sterile injectables business, sinking $17 billion into a buyout deal with the pharmaceutical company Hospira, a company known for its frequent product recalls.