Shareholders at a recent Target corporate meeting pressing CEO Brian Cornell to explain the new bathroom policy that allows males and females to choose which facility to use, based on their selected gender identity for the day, came up woefully short – the only answer they received was rooted in the perceived need for more diversity, according to one at the gathering who opened the line of questioning. 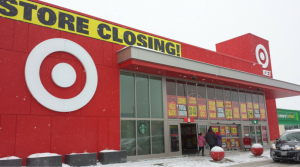 “Target’s shareholder meeting was appalling from beginning to end,” said National Center Free Enterprise Project director Justin Danhof, in a statement. “Liberal corporate leaders such as Cornell throw around the words ‘diversity’ and ‘inclusion” so much they are starting to lose their meaning. In addition to my question, two other shareholders also expressed concern over the company’s offensive bathroom policy. Cornell just kept repeating the same vacuous lines about diversity and inclusion. He doesn’t seem to get that he has offended the sensibilities of millions of Americans.”

The shareholder meeting, held in Costa Mesa, California, this week, allowed for the questioning of corporate board members, including the CEO, about matters of importance to the company’s bottom line – including the recent bathroom-policy switch that angered thousands of Americans enough to sign on to a petition from the American Family Association to boycott the business. To date, more than 1.3 million have signed the petition, which states, in part, the “policy endangers women and children by allowing men to frequent women’s facilities.”

Shortly after the new policy and petition, Target’s stock fell from $83.98 per share to $81.33, in just a few hours. Danhof raised that point at the shareholders’ meeting, as well.

“Company executives also made the bold claim that its absurd stance on bathrooms hasn’t impacted the company’s financial performance in any way,” Danhof said, referring to the 18 percent drop in shares the company experienced in seven weeks. “That’s a whopper! Target’s stock price was $83.98 the day of the announcement. On Monday, it was $68.81 … For Target to deny any correlation between its announcement and its tanking stock is ignorance of the highest form. Offending millions of investors and consumers, then denying the financial implications, borders on fiduciary negligence.”

Danhof said he didn’t get the impression from the meeting that Target’s executive staff would be reversing its pro-transgender bathroom policy any time soon.

“When Cornell ducked my question [about bathroom policy], I followed up and urged the company’s leadership team to think hard about the fact that they are branding millions of Americans, potential customers and investors as bigots,” he said. “Not a one of them had a response. If you are offended by Target’s decision to allow grown men to be in stages of undress in front of young girls, and at the potential for predators to abuse Target’s bathroom policy, the company is basically saying that they don’t want your business. That’s the message I took away from today’s meeting.”