Technology for Immortality will be Available by 2050 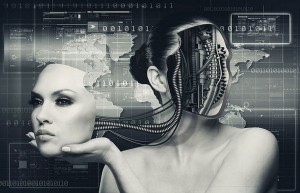 Futurists who advocate for immortality inevitably find themselves talking about uploading their brains into a computer, especially those who advocate for digital immortality. The latter is the camp that is squeamish about the human body and would opt for mind storage in more “durable” non-biological media, with a robot avatar representing them in the physical world.

They make it sound so simple. As of 2014, 250 Americans had cryogenically preserved their bodies (or just their heads) to wait out these imminent technological breakthroughs that would enable the digitization of their souls. 1,500 more people are waiting to be cryogenically preserved, quite confident that immortality is achievable.

Is there something that they know that we don’t? What would uploading your brain into a computer entail, exactly? Where does the rubber meet the road?

This is a very interesting area because it’s where the materialistic, deterministic, mechanistic, scientistic worldview will either be borne out or be proven wrong, once and for all – and this will probably happen by 2050. That’s a singularity all its own!

To scientists like Google’s Ray Kurzweil, memory, learning and consciousness are purely physical and electrochemical processes in the brain that are governed by applicable laws. The mind or “soul” is defined as the information state of the brain or as the two neuroscientists, Christof Koch and Giulio Tononi wrote for the Institute of Electrical and Electronics Engineers (IEEE): “Consciousness is part of the natural world. It depends, we believe, only on mathematics and logic and on the imperfectly known laws of physics, chemistry, and biology; it does not arise from some magical or otherworldly quality.”

From there, it’s not a big leap to think that if we can map the brain and faithfully duplicate neural networks, that we can create a working facsimile of a brain and replicate the mind therein. This is called Whole Brain Emulation (WBE) in the digital immortality business.

Immortality proponents say that many of the tools and ideas needed to achieve mind uploading already exist or are currently under active development though they admit that others are still speculative. My guess is that immortality along these lines would have to involve biological clones but that doesn’t seem to come up in these discussions.

Digital immortality is described more as the creation a digital archive of the knowledge, memories and mannerisms of a person that would continue to learn, evolve and interact with people through advanced artificial intelligence, as if the robot were that person, in which case “immortality” would be a misnomer, in my opinion.

If one believes in the existence of souls, one believes these are distinct and unique points of awareness. While a fancy robot might capture mannerisms, tone of voice, etc., it would not represent “immortality” any more than a high-resolution video would.

Why would someone who thinks he’s just a bag of chemicals want immortality, anyway?