(WNS)–An Australian teenager went public earlier this month about his decision to transition back to his birth gender after taking female hormones.

At age 12, doctors diagnosed Patrick Mitchell with gender dysphoria. Soon after, he began taking puberty-blocking and cross-sex hormones. By 14, he had breasts, long hair, and feminine features.

But earlier this year, Mitchell decided he wanted to stop the process. He said he began to have a change of heart when a female teacher referred to him as “one of the girls.”

“I began to realize I was comfortable in my body,” said Mitchell in an interview with Woman’s Day. “Every day I just felt better.”

Mitchell talked to his mom, stopped taking the hormones, and is now preparing for a surgery to remove excess breast tissue. 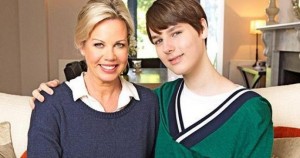 The number of children diagnosed with gender dysphoria has recently skyrocketed. Doctors and psychologists at specialized clinics are now encouraging so-called gender-affirming care, including hormone therapy, at earlier and earlier ages. But one Australian doctor is pushing back.

“It’s the most incomprehensible thing I’ve come across in all my time of medicine,” said Western Sydney University professor John Whitehall, according to the Daily Telegraph. “Prepubertal children have no idea about sexuality and choices of procreation afterwards. We’re messing with their limbic system and expecting them to make this great evaluation.”

Whitehall noted that studies have yet to find that gender transitions alleviate the mental health risks associated with gender dysphoria, and, like Mitchell, most children grow out of gender dysphoria as they grow up if given the chance. Yet clinics continue to recommend serious medical treatments for children expressing transgender identities.

“How do these clinics get ethical approval [for] this massive intrusion for no provable reason? No statistics support them at all,” said Whitehall.

Mitchell’s mother, Alison, said that while she doesn’t blame the doctors who diagnosed her son, she does wish they would have waited before recommending treatment. “They were wrong to pigeonhole him so quickly,” she said.