WASHINGTON – “If western targets want to see the marching orders of Jihadists, we have uncovered them.” — Randall A. Terry;  MA, Norwich University, Diplomacy, and International Terrorism.

The terrorists who attacked in London on June 3, 2017, have specific goals in mind. 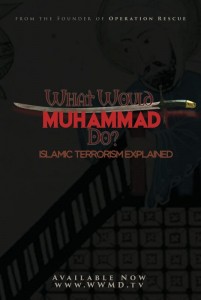 These killings are not revenge; nor are they reprisals: these attacks are efforts to evangelize non-musics to become Muslims, or to cause survivors to agree to the terms of Islamic Sharia law.

These three ancient Arab sources are studied daily by Muslim terrorists. They can be referenced online or in bookstores.

Here are two more examples regarding Jihad and terror:

“Fight in the name of Allah and in the way of Allah. Fight against those who disbelieve in Allah. Make a holy war…When you meet your enemies…invite them to three courses of action. Invite them to (accept) Islam; if they respond to you, accept it from them and desist from fighting against them…If they refuse to accept Islam, demand from them the non-Muslim tax (Jizya). If they agree to pay, accept it from them and hold off your hands. If they refuse to pay the tax, seek Allah’s help and fight them.” (Sahih Muslim, Book #019, Haddith #4294; see also #4295, #4296)

“Against them [infidels] make ready your strength to the utmost of your power, including steeds of war, to strike terror into (the hearts of) the enemies of Allah and your enemies, and others besides, whom ye may not know, but whom Allah doth know.” (Quran, 8:60)

A recent documentary series on terrorism was released after two years of production: “What Would Muhammad Do? Islamic Terrorism Explained.”

After watching it, John Moore, Author, Speaker and Radio Talk-Show Host said, “I learned more from ‘What Would Muhammad Do?’ about Islam and Islamic terrorism ​than I’ve learned from everything I ever read and watched in my entire life.”

Buy a copy of the movie or watch online at www.WWMD-TV.com or www.randallterry.com/wwmd.html