In response to my FOIA request earlier this year, Rhode Island’s Department of Health & Human Services has advised that the number of anchor babies born in Rhode Island increased from 305 in 2012 to 585 in 2013 – a 92% increase. 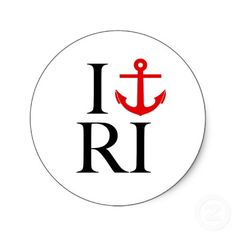 Rhode Island was recently classified as a sanctuary state. An eye-opening, 92% increase in the number of anchor babies in one year shows that the state is, indeed, a magnet for illegal aliens. Assuming that the mother does not have private insurance, the cost to taxpayers of the birth alone averages $20,000. Now add to that the cost of pre-natal care and social benefits that Rhode Island (but far from all other states) offers, at taxpayer expense, to pregnant illegal alien women. And, after the child is born, taxpayers face the additional cost of education and medical care (Medicaid), as well as social program benefits including subsidized housing, which the family qualifies for upon the birth of the baby because s/he is an American citizen. All of this on top of other high costs of illegal immigration to the state – jobs; suppressed wages; disbursement of social benefits to unqualified recipients due to poor citizenship screening by the state; and public safety.

Now we learn that the birth of anchor babies in the state has nearly doubled in one year. It is clear that Rhode Island will continue to pay an increasingly high price for being a sanctuary state unless our elected officials begin to take reasonable steps to reverse course. Yet we learned last week that Governor Gina Raimondo, incredibly, is considering actually strengthening Rhode Island’s status as a sanctuary state by offering drivers licenses to illegal aliens by Executive Order. How can Governor Raimondo think of doing this with her background as a financial expert?