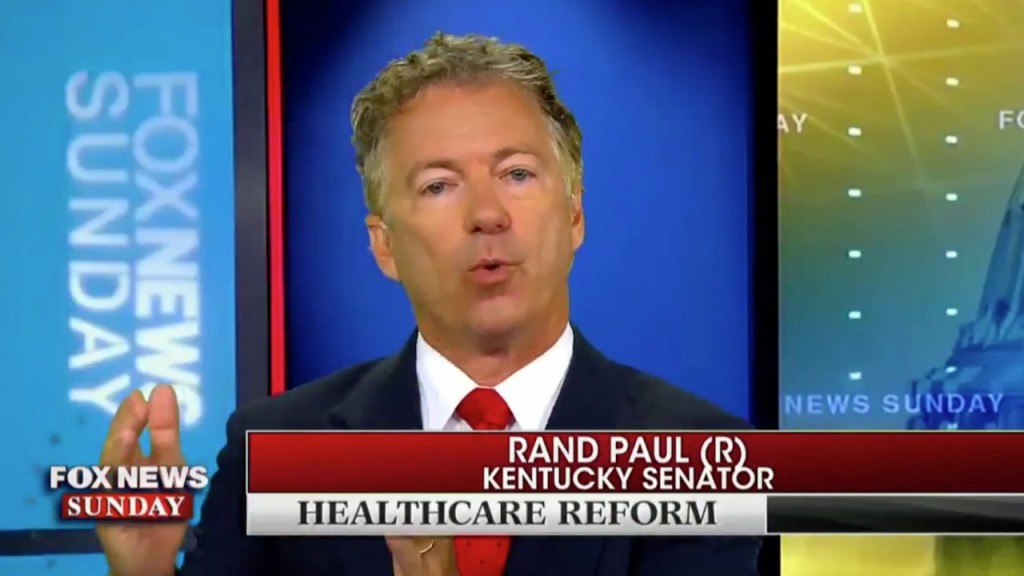 If you think Obamacare is bad (and it is), Ryancare, Trumpcare, Obamacare 2.0–call it whatever you will–was even worse. In spite of fierce bullying tactics by House Speaker Paul Ryan, Senate Majority Leader Mitch McConnell, and President Donald Trump, ONE MAN stood like a stonewall against it. He would not be bullied or bribed, and he almost single-handedly stopped this draconian Republican healthcare debacle. That man’s name is Rand Paul.

Here is what Dr. Paul said about the GOP plan:

The Senate Obamacare bill does not repeal Obamacare. Not even close.

In fact, the Senate GOP bill codifies and likely expands many aspects of Obamacare.

The Senate Obamacare-lite bill codifies a federal entitlement to insurance. With the Senate GOP bill, Republicans, for the first time, will signal that they favor a key aspect of Obamacare–federal taxpayer funding of private insurance purchases.

Rand went on to say:

I miss the old days, when Republicans stood for repealing Obamacare. Republicans across the country and every member of my caucus campaigned on repeal–often declaring they would tear out Obamacare “root and branch!”

Now too many Republicans are falling all over themselves to stuff hundreds of billions of taxpayers’ dollars into a bill that doesn’t repeal Obamacare and feeds Big Insurance a huge bailout.

The Republican congressional leadership was willing to spend up to $200 billion to bribe members of the Republican caucus into supporting this monstrosity. And while conservative pundits and talk show hosts are excoriating McConnell and Ryan as “traitors” to conservatism, they conveniently overlook the fact that President Trump did everything he could do to browbeat and bully recalcitrant members of Congress into supporting the bill. Trump said he would be “very angry” if Congress didn’t pass Obamacare 2.0. “I am sitting in the Oval Office with a pen in hand, waiting for our senators to give it to me,” Trump said. “It has to get passed. They have to do it. They have to get together and get it done.” But Trump was not elected to replace Obamacare with a Republican version that was even WORSE. He was elected on the promise of completely repealing Obamacare.

But McConnell, Ryan, and Trump’s bullying and briberies almost worked. The gutless, groveling gaggle of raunchy Republicans in D.C. was willing to shackle the American taxpayers with this healthcare nightmare. Both parties in D.C. support socialized medicine; they were only fighting over who would take credit for it.

Yes, it almost worked. ALMOST. And in all likelihood, it would have worked except for the sheer grit, guts, and gallantry of Senator Rand Paul (R-KY). Like Stonewall Jackson at the First Battle of Manasses, Paul stood in the face of unbelievable enemy fire and refused to retreat.

I have always liked Rand, mainly because his father, Ron, and I have been friends for a long time. If I have had a criticism of Rand (and I have), it was because I thought Rand tried to play both ends against the middle too often. Unlike his father, who NEVER compromised a constitutional principle, Rand did compromise from time to time. In truth, had Rand held the ground and spoken out against the establishment during the Republican primary last year the way his dad had done–and the way people were hoping Rand would do–he might have been the GOP presidential nominee instead of Donald Trump. By playing patsy with the establishment, Rand left the door wide open for Trump. But Trump is no Paul. And when the Obamacare fight came up, Rand was up to the challenge.

Maybe it’s because Rand is a physician (like his father) and is more keenly aware of the untold damage socialized medicine is wreaking upon America’s healthcare industry. Maybe it’s because he got tired of the Republican Party selling out the American people with their duplicitous doubletalk. Whatever it was that put the fire in Rand Paul’s belly, it was LONG overdue, MUCH needed, and VERY appreciated.

As for the Republican Party, it is no better than the Democrat Party. Neither party cares a whit about liberty, the Constitution, or the American people. The vast majority of D.C. politicians in both parties are self-centered, power-hungry, money-grubbing, warmongering egomaniacs. Try to name a congressman or senator since Helen Chenoweth and Ron Paul who didn’t come out of Washington with a fortune–and the smell of skunk all over them.

I don’t know what it’s going to take for the American people to wake up, but if we don’t have a revival of State autonomy, and I mean SOON, liberty is doomed in this country. And when liberty fails in America, it fails all over the world.

Unfortunately, almost everyone is fixated on Washington, D.C. So-called conservatives are as bad as liberals: both groups look to the federal government to fix all of their problems. For all intents and purposes, the “Free and Independent States” of our Declaration of Independence have become little more than subjugated satellite serfdoms of that putrid pile of poop on the banks of the Potomac.

Perhaps when people wake up to the fact that the Republican Party isn’t going to save them, that Donald Trump isn’t going to save them, that Trump never intended to save them, that Trump deliberately created an administration that was designed to fail, and that Washington, D.C., is irreparable, MAYBE some of them will begin to do what they should have been doing for the last sixty years: start electing governors, legislators, attorney generals, secretaries of state, and sheriffs that understand the Declaration of Independence, Constitution, and Bill of Rights–and have the guts to stand up for the liberties and sovereignty of the people of their states against the lunatic leviathan inside the Beltway that is swallowing their liberties whole.

At some point, states are either going to surrender to servitude and slavery or once again declare their independence from an arrogant abridger of freedom that makes old King George look like Patrick Henry by comparison. Right now, however, we can’t seem to elect constitutionalists to even local offices. At the smallest State and local levels, too many politicians are greedy, corrupt, backroom deal-making charlatans. If we cannot clean up the elected offices of our own backyard, how in the name of common sense are we going to clean up Washington, D.C.?

And once again, it always comes down to America’s pulpits. As to the promotion, promulgation, and preservation of liberty, most of them are completely WORTHLESS. Their silence is nothing more than tacit approbation of the evil and corruption that is taking place in their communities and in our country. The fact is, Donald Trump cannot and will not save this country, but your pastor could. Then again, if pastors were doing their part to save the nation, they would lose most of their flocks, because it seems more than obvious that the vast majority of Christians don’t give a tinker’s dam about liberty any more than the politicians they keep electing.

So, in the meantime, we stay fixated on Washington, D.C. But even in that giant cesspool, Rand Paul showed us what ONE MAN with courage and principle is still able to do. Again, I say: thank you, Rand Paul. 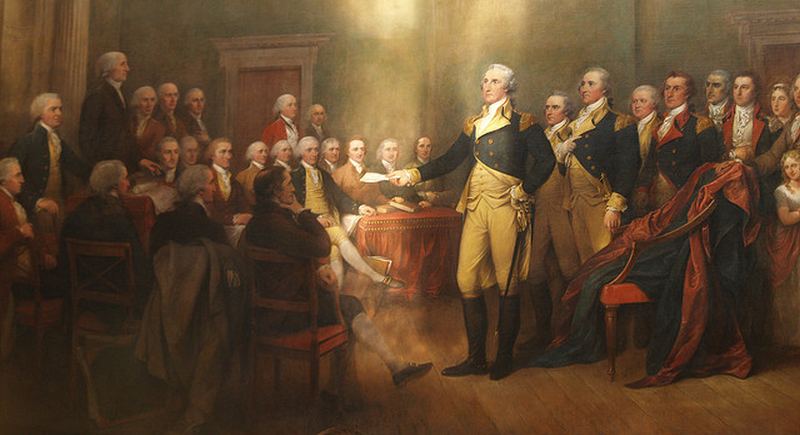