The deadly link between organ donation and assisted suicide 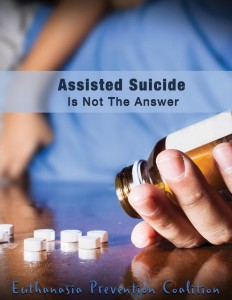 Will terminally ill patients be pushed to end their lives by doctors who want their organs?

(WNS)–Canadian ethicists have recommended organ harvesting from patients who choose physician-assisted suicide, raising alarms that people with terminal illness could be pressured into taking their lives.

In an article published in the December issue of the Journal of Medical Ethics, bioethicists Julie Allard and Marie-Chantal Fortin said Canada’s medical aid in dying (MAID) law “has the potential to provide additional organs for transplantation.”

“Organ donation after MAID would be ethically acceptable if the patient who has offered to donate is competent and not under any external pressure to choose MAID or organ donation,” they wrote.

Since its legalization in June, physician-assisted suicide has claimed the lives of at least 744 people, according to Canadian television network CTV News.

Linking organ harvesting with assisted suicide is already common in Belgium and the Netherlands. Allard and Fortin suggest patients seeking assisted suicide be given the chance to donate their organs voluntarily.

But David Stevens, CEO of the Christian Medical and Dental Associations, said the connection is part of a worldwide push for “imminent death organ donation.”

Harvesting organs while the human heart is still beating has been proposed in Belgium and the United States as a way to decrease the shortage of organs available for transplants. It’s already legal in the Netherlands, where the patient must be suffering “irreversible loss of brain functions,” and death must be deemed imminent.

“It’s really no different from doing it with lethal injections, but they’re killing with organ transplantation,” Stevens said.

Organs are healthier and more likely to graft well in the recipient, proponents of imminent death organ donation say, if harvested before the heart stops beating.

“It will be difficult to disentangle patients’ motivations for requesting MAID, but the complete separation of the two decisional processes should help to ensure that the MAID request is motivated by unbearable suffering, as required by law, and not by the feeling that one’s value is limited to one’s organs,” they said.

But people seeking assisted suicide often feel their lives have lost all meaning, Stevens said, and asking them if they’d like to donate their organs could offer another reason to take their lives: “This gives a noble reason to do it. Once you say there’s a life not worthy to be lived, then people begin to do things like you’re seeing with this.”