The Globalization of NATO

The world is enveloped in a blanket of perpetual conflict. Invasions, occupation, illicit sanctions, and regime change have become currencies and orders of the day. One organization the North Atlantic Treaty Organization (NATO)  is repeatedly, and very controversially, involved in some form or another in many of these conflicts led by the US and its allies. NATO spawned from the Cold War. Its existence was justified by Washington and Western Bloc politicians as a guarantor against any Soviet and Eastern Bloc invasion of Western Europe, but all along the Alliance served to cement Washingtons influence in Europe and continue what was actually Americas post-World War II occupation of the 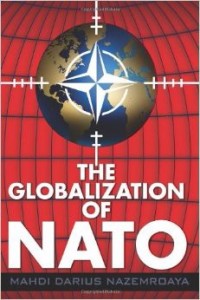 European continent. In 1991 the raison d être of the Soviet threat ended with the collapse of the USSR and the end of the Cold War. Nevertheless NATO remains and continues to alarmingly expand eastward, antagonizing Russia and its ex-Soviet allies. China and Iran are also increasingly monitoring NATOs moves as it comes into more frequent contact with them.

Yugoslavia was a turning point for the Atlantic Alliance and its mandate. The organization moved from the guise of a defensive posture into an offensive pose under the pretexts of humanitarianism. Starting from Yugoslavia, NATO began its journey towards becoming a global military force. From its wars in the Balkans, it began to broaden its international area of operations outside of the Euro-Atlantic zone into the Caucasus, Central Asia, East Africa, the Middle East, North Africa, and the Indian Ocean. It has virtually turned the Mediterranean Sea into a NATO lake with the NATO Mediterranean Dialogue and the Istanbul Cooperation Initiative, while it seeks to do the same to the Black Sea and gain a strategic foothold in the Caspian Sea region. The Gulf Security Initiative between NATO and the Gulf Cooperation Council seeks to also dominate the Persian Gulf and to hem in Iran. Israel has become a de facto member of the military organization. At the same time, NATO vessels sail the Red Sea and the Gulf of Aden. These warships are deployed off the coasts of Somalia, Djibouti, and Yemen as part of NATOs objectives to create a naval cordon of the seas controlling important strategic waterways and maritime transit routes.

The Atlantic Alliances ultimate aim is to fix and fasten the American Empire. NATO has clearly played an important role in complementing the US strategy for dominating Eurasia. This includes the encirclement of Russia, China, Iran, and their allies with a military ring subservient to Washington. The global missile shield project, the militarization of Japan, the insurgencies in Libya and Syria, the threats against Iran, and the formation of a NATO-like military alliance in the Asia-Pacific region are components of this colossal geopolitical project. NATOs globalization, however, is bringing together a new series of Eurasian counter-alliances with global linkages that stretch as far as Latin America. The Collective Security Treaty Organization (CSTO) and the Shanghai Cooperation Organization (SCO) have been formed by Russia, China, and their allies as shields against the US and NATO and as a means to challenge them. As the globalization of NATO unfolds the risks of nuclear war become more and more serious with the Atlantic Alliance headed towards a collision course with Russia, China, and Iran that could ignite World War III.

The Globalization of NATO is available at Amazon.com and at booksellers nationwide.