The hands and feet of Christ in Burkina Faso

(WNS)–Missionary Michael Riddering never suspected the coffee shop in West Africa would be the death of him and 27 others until it came under attack by al-Qaeda terrorists on Jan. 15.

Riddering was with a pastor named Valentin in Ouagadougou, the Burkina Faso capital city, waiting to meet a group of short-term missionaries who had arrived to volunteer at the compound he and his wife, Amy Boyle Riddering, ran in the city of Yako.

It began as just another day for the busy missionary. “They go from early in the morning till late at night every day doing something,” said John Anderson, a board member of the U.S. organization Sheltering Wings, which supports the Ridderings.

The compound in Yako, a small city about 70 miles northwest of Ouagadougo, hosts an orphanage for about 400 children, a school, and a  crisis center where women receive Christian mentorship and learn skills to help them survive on their own. 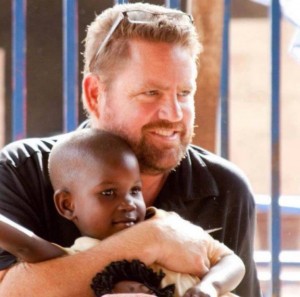 Occasionally, the missionaries arrange for surgery in the United States for children like Landry, whom they met during a medical clinic years ago. Landry had an enlarged tongue. Just a toddler, he could not shut his mouth and could only eat when his parents shoved soft food to the back of his throat. Last March, Landry received surgery that gave him a normal smile.

Students at the Yako school tested 20 percent higher than government-run schools, with 80 percent of their students passing standardized tests for advancement, according to a newsletter. Every six months, the Ridderings delivered a shipment of 26,000 Toms shoes to neighboring villages. They helped build wells. They taught women how to garden, sew, and make shea butter soap.

The Ridderings arrived in Burkina Faso in late 2011 after responding to God’s call to serve as missionaries in Africa. The Ridderings—Mike, a boat builder, and Amy, a graphic designer—sold their possessions and their house in Florida and “lock, stock, and barrel, moved to Africa,” Anderson said.

God’s call began with Riddering’s brother Jeff Riddering, who had made mission trips to Africa, Mike Riddering wrote on the family’s blog. A few years before, their daughter Haley got involved in a youth group, and the Ridderings began attending church. Riddering gave his heart to Christ soon afterward while in a supermarket parking lot.

The Ridderings became heavily involved in leading the youth group at Hollywood Community Church in Hollywood, Fla. Growing in his faith and inspired by his brother, Riddering told his wife he felt called to Africa. She concurred, which was a shock to him, he wrote: “God had been working on her heart also.”

Riddering and his youngest daughter Delaney went to Africa in the spring of 2011 for one week. While in Burkina Faso, a missionary named Ruth Cox told him she was praying for a family to run their orphanage. Silently, he prayed, “The need is there, but God, if this is from you, just give me confirmation.”

Cox continued, “Mike, there is also some funds set aside for digging wells if you had an interest in that, too.” Riddering called her remark “God’s voice.”

He and his wife traveled to St. Louis, Mo., to meet the board of Sheltering Wings, the nongovernmental organization that runs the mission compound and Les Ailes de Refuge school in Yako. At an afternoon meeting at a board member’s home, the Ridderings shared God’s call to run their orphanage.

“You could tell they love the Lord,” Anderson said. “They were absolutely good with kids, all the youth groups [they ran] at the Hollywood Community Church where they were working.”

A barrage of reading, training, and building support followed, and around Thanksgiving the family was in Africa. The tiny town of Yako swallowed them up with need. Days were filled with checking in on orphans, widows, teachers, infants, and even the washerwoman who cleaned the diapers for their dozen or so babies.

After preaching a sermon at the local church—and services can last all day, Anderson said—the Ridderings would return home at 8 or 9 at night, only to answer knocks from a constant stream of visitors.

“Someone will bring a live chicken to their front door, and you can’t turn it down. That would be a terrible thing in that culture,” Anderson said. “They’re bringing a live chicken and you’ve got to do something with it. It’s just a crazy existence. But that’s the way life is in a developing country.”

Anderson told them once, “You guys gotta take time off. You guys are going to wear yourselves out with this schedule.” But the Ridderings never complained, never turned anyone away, and never expressed fatigue. “I got worn out just watching them. They were energized by all the craziness,” Anderson said. “They were just constantly helping people.”

During his five trips to Burkina Faso, Anderson said, his favorite thing was watching Riddering interact with the children. On a medical mission, he remembers seeing hundreds of children flock to the big American. When Riddering would enter the courtyard at the orphanage, the kids would scream, “Big Mike!” or “Papa!” and rush him.

“They just loved him,” Anderson said. “They just thought he was the greatest thing. He was. He would start chasing them, and they’d chase him back. It was a good relationship.”

That all ended on Jan. 15 at the Cappuccino café in the capital city. When the terrorists opened fire, Riddering and Valentin ran in separate directions. Valentin, who somehow had Riddering’s phone, called Amy Riddering and asked her to pray.

When the line went dead, she tried calling back, but the connection was bad and she couldn’t get through. She didn’t receive word about her husband’s whereabouts until another Sheltering Wings missionary named Philip Matheny found his body in a morgue Jan. 16.

Riddering left behind his wife and four children. Delaney, 19, and Haley, 23, live in the United States, and Biba, 15, and Moise, 4, were adopted in Burkina Faso. His family was struggling to cope with the loss, but expressed hope.

“God be glorified!” Amy Riddering wrote in an update on her Facebook page. “I can only imagine the adventures you are having now.”

Anderson said some good must come out of this story. “We’re the hands and feet of Christ, and they’re the best examples I’ve seen,” he said. “God knew Mike and Amy were an amazing couple doing amazing work. If He’s going to let a martyr die, He’s not going to waste it.”