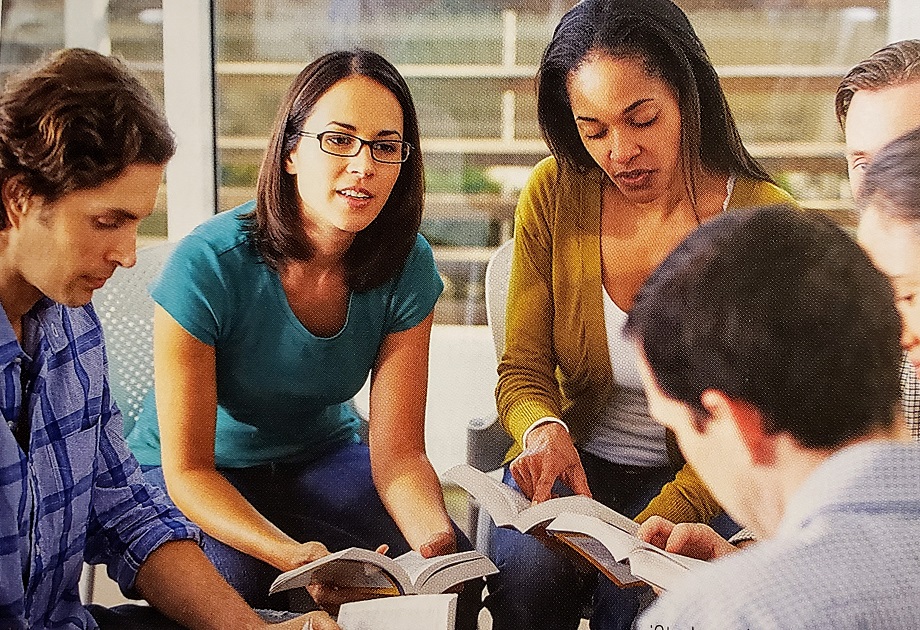 Like the abrupt onset of a throbbing toothache that needs immediate attention; with the impact of the Coronavirus upon us all, the importance and place of home churches has suddenly come to the forefront as being something very important.  The purpose of this article is to briefly explore the Biblical basis, history, and important role of home churches.

During New Testament and Apostolic times, and in remote hinterlands and far flung regions during the Middle Ages, home churches played a very important, often unrecognized role, in the establishment and spread of Christianity in Greece, throughout the Roman Empire, and beyond, into China and India.

What with all of us confined to our homes, we no longer are able to meet in groups of more than five persons according to Rhode Island Governor, Gina Raimondo’s March 28, 2020 Executive Order.  As a result, churches have canceled their services, and nearly all churches have been closed. (Thankfully, Heaven is not closed.) Meeting in small home church groups is an option that one may want to explore.

We find ourselves suddenly unable to attend and take part in church services.  It has come as an overwhelming surprise to nearly everybody. We are on the verge of a stupendous crisis. So, now we have to find a solution. We have to look at alternatives. Alternatives like e-church, on-line church, YouTube church, Zoom church, telephone conference call churches, and other on-line meeting platforms.

As helpful as all these might be, these alternatives lack the elements of personal fellowship and social contact that are so important to Christians. As the Apostle Paul in Hebrews 10:25 instructed: “not forsake the assembling of ourselves together.” So, meeting in a small fellowship group in a member’s home has become a very attractive option, even while having to practice social distancing.

I want to take an aside here, for just a moment… We are now in the most interesting of times, one that tests our souls. Last week, I shared with a home church group, that “Sola Scriptura should be our motto for today! God has given us all that we need in the Bible! We need to return to old spiritual ways and practices of personal study, group study, personal  prayer, group prayer, witnessing and evangelism.”

Alas, you say you’re really too busy and don’t have the time?  Well, God has made time for you. It appears each one of us may be confined to our homes for a while. What an opportunity for us to spend more time studying the Bible, praying, and seeking the face of the Lord. We will be without an excuse! So, take advantage of the time to read the Bible, good Christian books, and to get close to God.

Getting back to the topic of this article… The modern Home Church Movement is a New Testament based house church movement of Christians desiring to meet in a home church setting. Their desire is for personal growth and fellowship, with the goal of reaching secular and unchurched people in North America.

It is a recent development. It’s new, yet it is old. Recognizing that Providence has been identified as one of the most secular cities in the United States, there is a very important missional role for home churches here in Rhode Island. Providence was ranked the third most secular city in the U.S. in 2019, by the Barna Research Group.

The practice of meeting in homes to hold religious services goes back 2,000 years. It goes back to the time of Christ, and to the Apostolic Period of the early Christian church. It is well documented in the Bible and other historical records of the time, and it has continued to the present time to a lesser extent.

This practice of meeting in homes for religious services has seen a particular resurgence in recent years, as manifested in the modern Home Church movement, not only in this country, but throughout the world. In the United States, the total house church membership is greater than the second largest denomination (Southern Baptist), and second only to Catholics.

According to the American pollster, George Barna, there were 30,000 home churches in the U.S. as of 2009, with an estimated 6 to 12 million Americans attending them. Four years later (2013), that number is estimated to have probably doubled. This is old data, and figures are presumed to be even higher for 2020. (Posted by Stand Up For the Truth, Jan 24, 2013, Podcast 14). standupforthetruth.com/podcast.

When people first hear of home churches, they often mistakenly imagine the only difference between house churches and traditional churches is their size and relative ability to provide ministry. People often conclude that the house church cannot offer the quality of ministry provided by churches with buildings.

However, if one defines ministry as that which contributes to the making of disciples, helping them to become like Christ, and equipping them for service, then institutional churches have no advantage. Certainly, house churches cannot provide the quantity of multifaceted activities of traditional institutional churches, but they can excel in providing true ministry.

Some people reject house churches as being true churches, simply because they lack an actual church building. Had these folks lived during the first three hundred years of the Early Christian church, they would have rejected every single church in the world as not being a real church, for lacking a church building. The fact is, Jesus declared, “For where two or three are gathered in My name, there I am in their midst.” (Matthew 18:20).

Jesus said nothing about where believers must gather! Even if there were only two believers, He promised to be present if they gather in His name. What Christ’s disciples often do in restaurants today, sharing a meal and exchanging truth, teaching and admonishing one another, is actually closer to the New Testament model of church gatherings than what often happens in many church buildings on Sunday morning.

There are many, many thousands of house churches that exist all over the world. They have had a tremendous role in the growth and spread of Christianity. And, these house churches have some definite advantages over institutional churches

The idea of a church meeting in a private home is a new concept to many today, however, home churches were a fundamental part of New Testament church structure. Early Christians met in houses for centuries, it was the method the early apostles used to make disciples of new converts. (See Acts 2:4 and Acts 2:47).

The Bible contains many references to meetings taking place in private houses. (1 Corinthians.16:19; Philemon 1:2; and Colossians 4:15).  Institutional churches that met in specific buildings are unknown in the New Testament. Whereas, home churches were clearly the norm in the Early church for the first four centuries. (See Acts 12:12; Acts 20:20; Romans 16:3-5; and Romans 16:14-16). 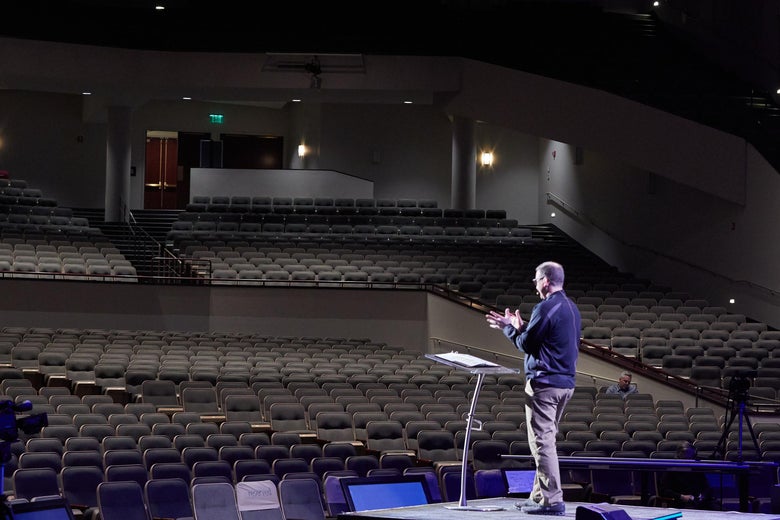 Preaching online from empty auditoriums won’t be practical for very long, as folks are convinced by local politicians that staying home in the comfort and safety of their own home is preferable to large gatherings.

Perhaps the reason none of the apostles ever built a church building is it would have been considered outside of God’s will, since Jesus left no example or instruction to do so. He made disciples without using buildings, and told His disciples to make disciples. But He never told them to build church buildings.

In fact, building specific buildings might have been considered a direct violation of Christ’s command to not layup treasures on the earth; by using money on something that was not necessary, and robbing God’s Kingdom of precious resources that could be used for transforming ministry and evangelism.

At one time, I was a member of a traditional church that took in a quarter million dollars annually. Ninety percent of these funds went for pastoral ministry and the upkeep of the church building. Now I am part of a home church in my own home, with 18 to 20 members. For that home church, there’s no expense for rent, no mortgage, no heating bill, no electric bill, etc.  These are expenses I would already have, if no home church met in my home. This is a considerable savings to the home church.

This savings has allowed the home church to help support several foreign mission projects, a number of missionaries in several countries, children to attend Christian schools, and some that are living in orphanages. Beside this, food is provided for those in need, and literature and tracts are purchased for local distribution.

The modern home church movement is a worldwide movement. It is not limited to just the United States and Canada. It is taking place in England, France, Europe and Asia; and in South American. In China and India, home churches are very important, as their churches have moved underground. They have developed as a result of severe persecution of Christians in these and other countries.

An individual home church family is simply, a group of lay people who are dedicated to reaching the mission field that lives where they live. That is, reaching others that live near them, and encouraging one another in the “nurture and admonition of the Lord.”  (Ephesians 6:4).  (See also 1 Corinthians 14:26).

Many people today have become disenchanted with the traditional church and religion, and with shallow “churchianity.”  Some have even vowed never to set foot into a regular church again. Others have written off Christianity and religion as a farce or a sham; an “opiate of the masses.” 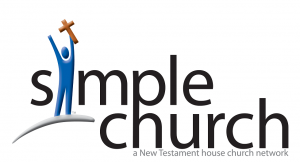 Pastor Milton quotes from the book, The Desire of Ages, a popular book on the life of Christ and practical Christian living: “It is a fatal mistake to suppose that the work of reaching souls (for Christ) depends alone on the ordained minister. All who receive the life of Christ are ordained to work for the salvation of their fellow men. For this work the church was established.” (Page 822).

Home church is a family …it’s a family relationship, a 24-7 kind of relationship you enter into with a group of people. A fundamental element of home church is that Jesus is present. Every believer believes that! Jesus said, if two or three are gathered in my name, He would be present. (Matthew 18:20).

A home church is a gathering of people who are in the pursuit of God, among the company of friends; and their goal in coming together is to say, “Lord, here we are, what do you want us to do.” (See Acts 2:42). Members of a home church seek to inspire, encourage and support one another.

A home church is where love, compassion, and forgiveness are expressed to one another; and where help and encouragement are found. This environment is necessary for helping its members learn how to encounter life’s challenges of the present moment. To resist the unwholesome ways (sins, temptations, and lifestyle practices), of our time and culture. To go the Way of Peace, and to plant and nurture seeds and gems of truth about God’s love and let beams of Light shine through us (Matthew 5:16); this is what home church is all about.