In the secular humanist religion, man is God—well, some men. The best and the brightest. The ones who sit at the controls of the great idol, Baal the State, and make its eyeballs roll. The enlightened ones who keep the sacred scrolls of Science. Everybody else, just shut up and pay your taxes.

They want to sit where God sits. Okay—but what makes God God?

God creates reality, and God defines reality. He Himself is the very basis of reality: “without him was not any thing made that was made” (John 1:3).

Can the whoopee crowd do that? 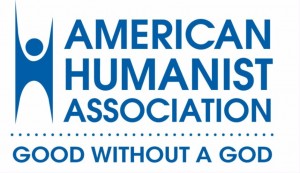 Well, they duck the question by claiming that the physical universe created itself, somehow. Out of nothing. So they’re off the hook for creating stars and galaxies—at least for the time being. Maybe someday they’ll have the Science to create new stars and galaxies.

As for the rest, before they can create a new reality, they have to get rid of all those aspects of Creation traditionally ascribed to God, and replace them with inventions of their own imagining.

This explains, for instance, their fanatical devotion to all things “transgender.”

And so they have to un-create, and then re-create, the family, the political and economic systems of nations first, and then the world, and even the climate of the planet (oh, they think they can!) and the genetic makeup of the human species: and while they’re at it, they can change your sex.

Then there are all the little things they want to change—our laws, our diet, even our language, and the way we think. Nothing, but nothing, falls outside their area of expertise. Compared to this, Lenin’s vision of The New Soviet Man seems altogether unambitious.

To make this omelet, our glorious leaders are going to have to break a lot of eggs. Stalin and Mao each broke tens of millions of them, without achieving their goal. But never mind—this time it’ll work!

It’s got to work, because everything they do will be… scientific!

Whether it’s forcing Christians to embrace homosexuality, or forcing us all to live with rationed electricity, rationed healthcare, or even rationed food, or erasing national borders and immigration laws, or even just tearing up the Constitution to let the “president” do any blamed thing he decides is necessary, the basis for any action always has the same justification: it’s what Science demands of us! That every one of their actions gives our dear leaders more power over us, more money, more prestige, and less accountability is merely a coincidence.

What could be more anti-human than humanism? It’s anti-religion, anti-family, anti-personal liberty, and anti-morality—and what is human life without any of those things?

What it is, is a little crowd of puffed-up pipsqueaks hopping on their private jets and buzzing off to Davos for cocktails and Kobe beef, with a nice view of the Alps thrown in. It’s rather surprising that they don’t hold these wingdings at Berchtesgaden, where the view is even nicer.

We the people, made in the image of God, the rightful subjects of King Jesus Christ under God the Father—we are the eggs to be broken for this omelet. They don’t care how many. And when the whole ungodly enterprise falls apart because they’ve run out of other people’s money, there are going to be a lot more eggs lying broken on the floor.

No group of fallen, sinful men and women has the right to occupy God’s throne, nor the ability. It’s all pretension and orgulity, on a planetary scale. False prophets, blind guides, and lying pseudo-saviors, the lot of them—and the sooner we poor eggs wake up to that, the better.

If nothing else, this debauched 21st century, off to such a shaky and ignoble start, has taught us one hard lesson—

The value of humility.