The Inauguration of We the People 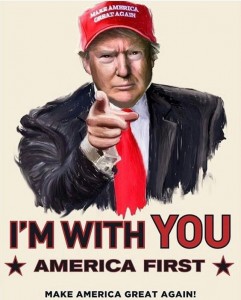 About this time in 2012, pundits thought I had lost my mind when I announced that I was endorsing . . . the American people. They had no idea what I was talking about, and considered it further evidence that I was a buffoon who didn’t understand the sophisticated business of American politics.

President Donald J. Trump understands the very principle I was putting forward that day, and he expressed it powerfully in his inaugural address on Friday.

I am a Republican and I am a conservative, but my primary allegiance has never been to a party or an ideology. It has always been to the best interests of the United States of America. I happen to think the best ideas to strengthen our nation are conservative ideas, but it’s all about the nation, and it’s all about you—the people of this nation.

What you heard from President Trump on Inauguration Day is that he too embraces this philosophy and this set of principles.

Even as we faced a choice between him and a corrupt liar, the political establishment—including the news media—did everything it could to elect the liar. But the people understood who was on their side.

And the people were savvy enough to understand that Trump’s wealth does not make him their enemy. The fact that a man has achieved success and enjoyed its rewards does not mean he is the enemy of those who are still struggling. Quite the contrary, President Trump wants those who have not yet enjoyed that success to have a chance to do so, and he sees that America has strayed from the things that have made us thrive in the past.

What a spine-tingling moment when he promised the people of this nation, “You will never be ignored again.” Trump understands what so much of the political establishment either doesn’t get or doesn’t want to admit: That the political class has not only been ignoring everyday Americans, but viewing them with disdain and disrespect. And if Trump’s campaign was about anything, it was about the absolute need for that to stop.

The reaction to the speech was predictable from those in the halls of power in Washington D.C. They hated it. And they’re in a complete panic right now.

But everyday Americans all across this country now feel for the first time in their memory that the federal government is actually on their side. So when you hear the pundits of the political class panning the speech, understand that’s why they’re doing it. Right now they’re terrified they’re going to lose their power and their influence.

And they’re right. They are. Donald Trump is going to give it back to the American people. Trumps Inauguration was really their Inauguration Day.