The Institutionalization of Foolishness

“Liberalism is a Mental Disorder” is the title of a book written by radio talker Dr. Michael Savage over a decade ago. It was a catchy phrase—sort of a tongue-in-cheek assessment of the condition of the modern liberal.

“Political Correctness” was just beginning to take root, but most of us had no idea how dangerous liberalism really was. In fact, we laughed at the liberals. We chuckled at their crazy assertions knowing full well that their crazy ideas would never gain much traction in the American mind. That was back when common sense was a little more common.

When Dr. Savage wrote his book, most of us thought that communism was dead. We didn’t realize how deeply the communist agenda had become entrenched in our society. We were oblivious to the threat of ‘diversity” and the cultural Marxism that it was ushering in.

At its very root “Political Correctness” is a weapon of destruction. But actually, it destroys by deconstruction. It breaks down a culture by destroying the very pillars upon which a society is built. Since at least the 1960’s we have experienced an aggressive deconstruction of the American society by the cultural Marxists.

With all due respect to Dr. Savage, I wish liberalism was but a mental disorder. Unfortunately, it is far worse as I described back in 2010, Multiculturalism is Societal AIDS. Today, all of American society has become infected. I sometimes feel like I live in a parallel universe. 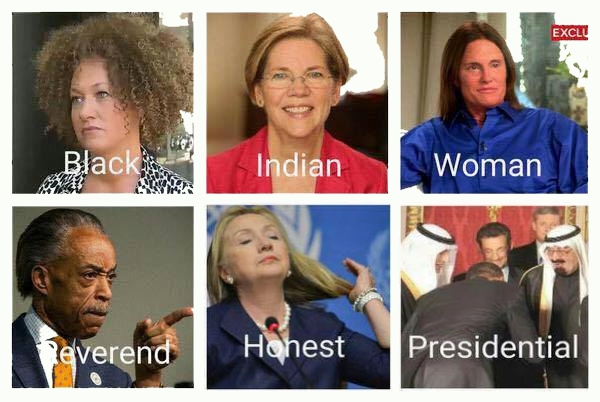 Bruce Jenner gets some plastic surgery, takes some hormones, has a photo-shopped picture appear on a national publication, and suddenly announces that he is now a female named Caitlyn. His DNA is that of a male. He has “fathered” six children. He has been married to three different women, and he still has outdoor plumbing.

Yet, instead of laughing him off of the stage we give his foolish behavior serious attention. We listen to “experts” debate why Bruce should be admired and how “courageous” he is. ESPN selects him as the recipient of the ESPY award for his bravery, and young children are exposed to this blatant display of debauchery and mental illness.

There is nothing about Bruce Jenner that is female. Nothing! Yet we act as if his behavior is normal.

It is all cultural Marxism at work. Don’t believe your eyes, believe what we tell you. Your views are old-fashioned. Your beliefs are for a different generation. Sex and race are merely culturally-created identities. Your Bible is “homophobic.” There is no God, but if there is He is not very reliable. He puts men in women’s bodies and instills same-sex desires into children at their birth.

Even the Pope has joined the parade. He doesn’t focus on evil, he redefines it. Sodomy is OK but “climate change” is the real evil. Muslims are actually peaceful and loving. An unborn baby is not a person. Carbon dioxide is destroying the planet.

Every foundational pillar upon which this society was built has been destroyed or redefined. The family is destroyed. Sexual roles have been reversed. Truth has become hate. Sex has become love. Good has become evil. Women are really men, and men are really women.

The Gettysburg of Gay Marriage is at our doorstep. The imminent Supreme Court marriage decision is not about marriage. It is about destruction of the First Amendment. If the 14th Amendment is upheld and it is “illegal” to discriminate based on “sexual orientation” then religious liberty, freedom of speech, and freedom of association are dead. Homosexual marriage will bury the First Amendment. Homosexual marriage will trump Freedom of Religion; the first right enshrined in the Bill of Rights.

If they were really PUBLIC schools, they would teach the values of the public. But the schools are “public” in the same sense that the roads are public. “Public” means you pay for them but someone else controls them.

Our schools are responsible for the institutionalization of foolishness.