The Many Faces of Faith 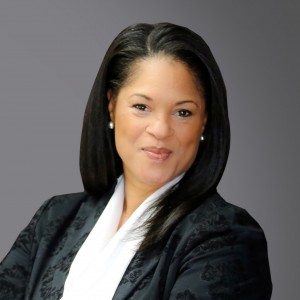 Behind every organization or effort, there are the faces of those whose entrepreneurial drive, personal ambition, and yes, whose inspirational calling cause them to engage. For the latter, that cause is a faith in something they understand to be bigger than themselves. It is a foundation, physical and/or spiritual, on which God will stand and project His message.

For the average person, it’s hard to know what’s in the minds of folks who dedicate themselves to the things they know will likely add to their daily struggles rather than diminish them. Sometimes it’s even harder to understand how many Christians can leave their natural human comfort zones so readily, and embark on “missions” of service, with outcomes unknown, and the results of their efforts squarely in the hands of the Almighty Himself. With that said, if (my own mission) has shown me anything, it is that these things are integral to the mission journey itself, and are as much a part of who these servants will become, as the normal course of their individual human endeavors.

Their service of faith is performed more because, for however the vision or calling came upon them, they understand their efforts to be as God would have them be, and ultimately and only for His glory. If this sounds a little complicated, it’s really not. From the jungles of West Africa, to the hillside slums of Costa Rica, and here at home in the public housing projects of New York City, and to the downtrodden communities in Rhode Island’s capital city of Providence, “the many faces of faith” see all God’s people through a simple lens of unconditional love and grace. God has shown them that the walls between us are not of His making but of our own. And He will send His messengers, in every walk of life, to spread “The Good News” to all who would hear it…

So as I continue down this road not of my own making, I’m always excited to interview and highlight the efforts of those working for Him close to home. And while I applaud the efforts of all God’s Army of Ministries and missions, I’m New England born and raised, and any outreach which I can see and feel, does my soul good. With that in mind, it is simply the unqualified opinion of this author, that if political types would actually be interested to know where the real solutions to what ails this nation can be found, they would do well to spend some time in community places like, for instance, the “New Dimension Apostolic Center” (NDAC) in Providence, Rhode Island.

Part of the philosophy and statement of beliefs at NDAC reads: “The Church consists of all who put their faith in Jesus Christ. He gave His church the ordinances of Baptism and Communion. The Church exists to carry on the ministry of Jesus Christ and further advance His kingdom by undoing the works of the enemy, preaching and living the good news of God’s love, disciplining the nations, baptizing and teaching them to love and obey God”. What more appropriate message could there be for the current times? Moreover, NDAC’s Pastor Theresa Thompson Goode is wholly representative of those aforementioned God-given attributes, a person committed to the work she knows in her heart for Christ she was meant to do.

Born in Evanston, Illinois, 46 year-old Theresa Thompson Goode is a dynamic preacher and conference speaker who came to the Lord after the usual, what I like to call, “trials of youth period” of teenage rebellion and college independence. Like many of her calling with whom I’ve spoken however, Theresa was always a child who knew her Lord and Savior. The second child of eight and the oldest daughter of Bishop Gilbert and Pastor Yvonne Thompson, relocated to Boston with her family where her father began pastoring his first church and when she was just an infant. From an early age, Theresa demonstrated to all around her, the signs of great dedication and service to others, closely mirroring the ministry path of her parents. Today, her own ministry centers around one of Theresa’s greatest passions, that being service to under privileged children here, and in nations around the globe. Theresa graduated from Spelman College where she earned her Bachelor of Arts in Psychology. She returned to Boston in 1993 and continued her studies at Lesley University where she received her Master’s degree in Elementary Education. Theresa has two beautiful teenage children, Troy Jr. 17 and a daughter, Maya Renee 18.

I spoke with Pastor Goode by phone recently about her ministry. For reasons of print deadlin 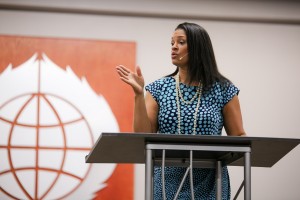 es, as well as the schedules of the very busy people I interview, it’s often necessary to catch them on the fly and speak with them by phone. This has its advantages and disadvantages. Normally, the disadvantage would be that lack of an eye to eye connection/conversation. However sometimes you just know who you’re talking to. From the moment I heard Theresa Goode’s voice, I knew I was speaking with a caring person, someone who was genuinely engaged in our conversation and accommodating in her desire to reach out to the GNT readers. Our short talk was both fluid and enlightening, and it left me with the usual confidence that there are people doing His work and making a difference, a Christian confidence I’ve come to rely on to get me through some of my job-related cynicism these days.

We talked about how she stopped running from the Savior she knew would never leave her after her college years, and how her rise to the role of Pastor was the one He’d always intended for her. That rise would not come without trial however, but as Pastor Goode explained, she garnered strength and support from her children, and especially in Christ, whom she was absolutely certain had chosen her for the work she is now doing.

Throughout the early years, Theresa honed the skill-set she would need, pastoring children and youth groups at her father’s church in Boston. It was only natural, as this was the discipline she’d studied in college. Having been a “stay at home mom”, Theresa found her emotional and spiritual foundation in the care of children, hers, and a whole bunch of others as it turns out. Those times were critical for Theresa, as she could see more clearly what God had intended for her, and combined with a chance opportunity to fill-in on the pulpit, that knowledge would seal the deal for her. Theresa had found her “calling” and would not be deterred. If there is one thing I’ve found when I interview the servant, it is that there is a steadfast certainty about what the Lord has put on their hearts. I suppose this answers one of the questions I asked earlier, and explains how the minister goes about the ministry if you will, and relies unconditionally on God to show the way.

We talked more about the strains of wanting to branch out from her father’s church, that feeling of gratitude for the opportunity and learning time, albeit taken in the context of a need to answer the call to do even more. That need would bring Pastor Goode to Providence, Rhode Island, as a co-founder of the “New Dimension Apostolic Center” I mention earlier. Pastor Goode was excited to tell me about the many outreach programs, and how church power reading sessions, physical and financial assistance to the needy, and even neighborhood block parties were getting Christ’s words into the ears of those in the surrounding community who needed to hear them.

But the Pastor was even happier to expand on one of the churches upcoming events, the 2016 New England Prophetic Conference, being held from Thursday, March 17 through Saturday, March 19, 2016. The Conference is based on the prophetic declaration found in Haggai 2:9 which says, “The latter glory of this house will be greater than the former,” says the LORD of hosts, “and in this place I will give peace,” declares the LORD of hosts. Pastor Goode expounded “As we host the presence of the Lord and take heed to the prophetic word that comes from His throne, we are released into a deeper revelation of His love, grace and intent for our lives. This revelation catapults us into the greater. It is a greater understanding of our identity, a greater comprehension of our assignment and a greater ability to speak and establish God’s plan on Earth.” Wow…

Pastor Goode also went on to explain to me “The Seven Mountain Mandate”, which essentially tells us that when we infuse God into the seven “spheres” of life, those being: Religion, Family, Education, Government, Media, Arts & Entertainment, and Business, the result will be a people released by the truth and thus free to absorb the deeper understanding of His love for us. Seems like that just makes sense, doesn’t it? It also seems like something we used to do a lot more of in this country… But I digress…

In the end, we need Him on all those mountains. We need His wisdom and forgiveness so we may aspire to a greater understanding of our own self-worth and purpose in this life as well. One need only look around to see the place we’ve come to, as we are actually extracting Him from our Families, schools, Government, etc. etc. etc…

Alas, but for Pastor Theresa Goode and others who hear the calling and seek to help others, how will you put God into/onto your “seven mountains”? How will you ensure your children understand the power of His influence on those most important of our daily disciplines? You might start by attending the 2016 New England Prophetic Conference.

I asked Pastor Goode if she had any other thoughts for the readers. She paused for a moment and told me she wanted folks to understand that the function of the “apostolic” outreach was not necessarily to coral folks to a certain application or faith discipline if you will, but rather to provide basic foundational support in the Word of God, as well as the tools and resources to support and assist them in their own journey, mission or calling. I like that…

For more information on the 2016 New England Prophetic Conference, or to reach out and hear about the many other NDAC Ministries and how they are changing communities, go on-line at newdimensionapostoliccenter.org or call/write: New Dimension Apostolic Center 100 Niantic Ave, Providence, Rhode Island 02907  401-490-0404.