The Miracle of Jesus’ Birth

“Can you read that?” The tourist asked me, pointing to a large silver star bearing a Latin inscription: “Hic de virgine Maria Jesus Christus natus est.” “I’ll try,” I answered, and bringing to bear the full force of my meager Latin, attempted a translation: “Here Jesus Christ was born of the Virgin Mary.” “Well, what do you think?” the man then asked. “Do you believe it?”

It was my first visit to the Holy Land, and I was standing in the Grotto of the Nativity in Bethlehem. The fortress like Church of the Nativity is built over this grotto or cave where, according to tradition, Jesus Christ was born. A silver star inlaid in the marble floor is said to mark the exact spot where the divine birth took place. I responded that, yes, I believe that Jesus Christ was miraculously conceived, but I doubted whether the silver star marked the spot of the birth.

The man, an agnostic, offered the opinion that Jesus was probably illegitimate, and that the Gospel accounts of the Virgin Birth were attempts to cover up that embarrassing fact. The Gospel writers, he speculated, simply borrowed the theme of supernatural birth from ancient pagan mythology.

Later, walking on the paved expanse of Manger Square outside the ancient church, we discussed the subject at length. 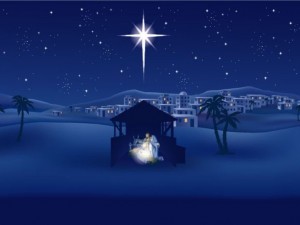 I explained that the term Virgin Birth refers to the virginal conception of Jesus; that is, the belief that Jesus was conceived in Mary by a miraculous work of the Holy Spirit, without the agency of a human father.

The doctrine that Mary was the sole natural parent of Jesus is clearly taught in two New Testament passages, referred to as the infancy narratives: Matthew 1:18-25 and Luke 1:26-38. They record Jesus’ supernatural conception as a historical fact. Matthew tells us:

This is how the birth of Jesus Christ came about: His mother Mary was pledged to be married to Joseph, but before they came together, she was found to be with child through the Holy Spirit…. All this took place to fulfill what the Lord had said through the prophet: “The virgin will be with child and will give birth to a son, and they will call him Immanuel”— which means, “God with us.” (Matthew 1:18, 22-23)

Luke records Mary’s reaction to the angel Gabriel’s announcement of the Virgin Birth:

“How will this be,” Mary asked the angel, “since I am a virgin?” The angel answered, “The Holy Spirit will come upon you, and the power of the Most High will overshadow you. So the holy one to be born will be called the Son of God.” (Luke 1:34-35)

Each of the writers approaches the story in a different way. Matthew’s Gospel was compiled for a Jewish-Christian readership concerned with the fulfillment of Old Testament prophecies of the Messiah. Luke, a gentile Christian, wrote with the Greek and Roman world in mind. His was a more cosmopolitan audience—Christians of pagan origin living outside of the Holy Land.

Notice Matthew’s account again: “This is how the birth of Jesus Christ came about: His mother Mary was pledged to be married to Joseph, but before they came together, she was found to be with child through the Holy Spirit” (Matthew 1:18). Matthew is telling the story from Joseph’s point of view. Joseph considered quietly terminating the betrothal. But an angel appeared to Joseph and reassured him: “Joseph son of David, do not be afraid to take Mary home as your wife, because what is conceived in her is from the Holy Spirit” (verse 20). Joseph accepted the divine plan.

As evidence for his Jewish readers that Jesus was their Messiah, Matthew adds that all this took place “to fulfill what the Lord had said through the prophet: ‘The virgin will be with child and will give birth to a son, and they will call him Immanuel’—which means, ‘God with us’” (verses 22-23). This refers to Isaiah 7:14

With characteristic attention to the role of women, Luke tells the story through Mary’s eyes. In Luke’s account, we learn that God sent the angel Gabriel to Mary in Nazareth. Gabriel said to her: “Do not be afraid, Mary, you have found favor with God. You will be with child and give birth to a son, and you are to give him the name Jesus” (Luke 1:30-31).

How could this be, Mary asked, as she was a virgin? Gabriel explained that this would not be a normal conception. “The Holy Spirit will come upon you, and the power of the Most High will overshadow you. So the holy one to be born will be called the Son of God” (verse 35).

Even though her pregnancy would surely be misunderstood and put her reputation at risk, Mary courageously accepted the extraordinary situation. “I am the Lord’s servant,” she declared. “May it be to me as you have said” (verse 38). By a miracle, the Son of God entered into time and space and became a human embryo. 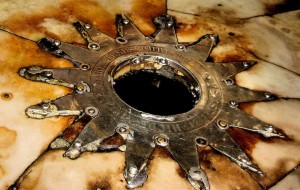 The doctrine of the Virgin Birth is directly related to, but not identical with, that of the Incarnation. The Incarnation (literally, “embodiment”) is the doctrine affirming that the eternal Son of God added human flesh to his divinity, and became a human. This belief finds its clearest expression in the prologue to John’s Gospel: “The Word became flesh and made his dwelling among us” (John 1:14).

The doctrine of the Virgin Birth states that the conception of Jesus was miraculous, in that he had no human father. The Incarnation says that God became flesh; the Virgin Birth tells us how. The Incarnation was a supernatural event and involved a special kind of birth. If the child to be born was merely human, there would have been no need for a supernatural conception.

The first man, Adam, for example, also came miraculously from the hand of God. He had neither father nor mother. But Adam was not God. God chose to enter into humanity—”enflesh” himself—by means of a miraculous Virgin Birth.

As we have seen, the wording of the passages in Matthew and Luke is clear: Mary was a virgin when Jesus was conceived in her womb by the Holy Spirit. It was a miracle of God.

But with the rise of liberal theology—with its general suspicion of everything miraculous—these biblical statements have come to be challenged on a variety of grounds. Among them is an alleged late origin of the birth accounts. This theory argues that as early Christian beliefs about Jesus developed, Christians began to add fictional elements to the basic story of Jesus’ life. The Virgin Birth, we are told, was simply their imaginative way of saying that Jesus Christ was God’s gift to humanity.

The Jesus Seminar, a group of liberal biblical scholars who vote on the words of Jesus and the Gospel writers, takes this view. These theologians reject the biblical account of Jesus’ miraculous conception and birth, calling them “later creations.” Mary, they conclude, must have had sexual intercourse with Joseph or another man.

Did New Testament writers engage in mythmaking, deliberately making Jesus Christ larger than life? Was he simply a “human prophet,” an “ordinary man of his time” who was later invested with a supernatural aura by well-meaning followers to “buttress their Christological dogma”?

Such theories are impossible to sustain. The two infancy accounts in Matthew and Luke—with their differing content and perspectives—are independent of each other. The miracle of Jesus’ conception is, in fact, almost the only point in common between them. This indicates that the Virgin Birth is based on an earlier, common tradition, not a later theological interpolation or doctrinal development.

Despite its widespread acceptance by the early church, the Virgin Birth is a difficult concept for many in our modern culture—even some Christians—to embrace. The idea of a miraculous conception, many feel, smacks of superstition. They contend that the Virgin Birth is an unimportant doctrine on the margin of the New Testament, of little importance to the message of the gospel.

This rejection of the miraculous by skeptics is consistent with a rationalist and humanistic worldview. But for a Christian to eliminate the supernatural from the birth of Jesus Christ is to compromise its divine origin as well as its fundamental importance. If we believe in the divinity of Jesus Christ and in his resurrection from the dead, why reject the Virgin Birth? If we can admit a supernatural exit, why not a supernatural entrance? Compromising or denying the Virgin Birth robs other doctrines of their value and significance. We are left with no foundation or authority for what we believe as Christians.

God involves himself in the world, actively intervenes in human affairs, overrides natural laws when necessary to accomplish his purposes—and he became flesh by means of a Virgin Birth.

When God came in human flesh in the person of Jesus, he did not abandon his deity, but rather added humanity to his divinity. He was both fully God and fully human (Philippians 2:6-8; Colossians 1:15-20; Hebrews 1:8-9).

Jesus’ miraculous origin sets him apart from the rest of humanity. His conception was a divinely ordained exception to the laws of nature. The Virgin Birth illustrates the extent to which the Son of God was willing to go to become our Redeemer. It was an amazing demonstration of God’s grace and love (John 3:16) in fulfilling his promise of salvation.

The Son of God became one of us for our salvation, sharing in the nature of humanity so he could die on our behalf. He came in the flesh so those who believe in him might be redeemed, reconciled and saved (1 Timothy 1:15). Only One who was God as well as human could pay the immense price of humanity’s sins.

As Paul explains, “God sent his Son, born of a woman, born under law, to redeem those under law, that we might receive the full rights of sons” (Galatians 4:4-5). To those who receive Jesus Christ and believe in his name, God offers the precious gift of salvation. He offers us a personal relationship with him. We can become sons and daughters of God—”children born not of natural descent, nor of human decision or a husband’s will, but born of God” (John 1:13).

Paul also said, “If you confess with your mouth, that Jesus is Lord, and believe in your heart that God raised Him from the dead, you will be saved. (Romans 10:9) This year please accept the precious gift of salvation. Pray something like this:

Jesus, please forgive me for my sin. I know that you died for me and that you have a plan for my life. Please teach me your ways and help me to live my life for you, free from the fears of this world and the next. I want to start a new life with you. Amen

If you’ve prayed this prayer for the first time or are renewing your commitment to the Lord, please let us know so that we can pray for you as you start your new life in Christ.