HOLLYWOOD, CA (ANS) – An annual box office analysis by a respected Christian group catering to families has found once again that the most family-friendly movies with the most inspiring, cleanest content earn more money at the box office and on home video. 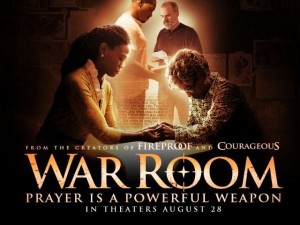 The 2016 Annual Report to the Entertainment Industry by the pro-family advocacy group Movieguide® shows that the most family-friendly movies averaged more than $73.01 million per movie in 2014 in America and Canada, but that the least family-friendly movies with the most offensive, obscene, or anti-family, immoral content averaged only about $17.59 million. R-rated movies fared almost as poorly, averaging only $17.67 million per movie.

The study extensively analyzed the content of the top movies released by the major studios in Hollywood earning $750,000 or more, including the major independent studios. “The evidence is abundantly clear,” said Dr. Ted Baehr, founder and publisher of Movieguide®. “Moviegoers greatly prefer family-friendly movies.”

He noted that the Annual Report, now in its 24th year, doesn’t just examine family movies and cartoons for children, but family-friendly movies with the cleanest, most inspiring, and least offensive content.

The study also found that movies released in 2015 with no sex, no explicit nudity and no foul language averaged much more money than movies with such content. The story was similar if you examine the Top 10 Home Video Sales in 2015.

For example, only one of the Top 10 Home Video Sales in 2015 were rated R, the popular patriotic movie “American Sniper.” The Top 10 Movies Overseas in 2015 fared almost as well, with only one R-rated movie, “Fifty Shades of Grey,” and it came in at No. 9.

The most family-friendly movies included such popular titles as “Big Hero 6,” “Home,” “Cinderella,” the last two “Hunger Games” movies, and “Inside Out” and less successful titles such as “The Peanuts Movie,” “Max” and “War Room.”

Dr. Baehr presented these and other highlights from Movieguide®’s 2016 Annual Report to the Entertainment Industry on Feb 5th, 2016 at the 24th Annual Faith & Values Awards Gala held at the Universal Hilton Hotel in Hollywood.

Movieguide® has been analyzing the content of movies and comparing box office numbers since 1991. “We’ve found similar results in practically all of our previous studies,” Dr. Baehr noted. “However, last year was one of the best years for family-friendly entertainment.”

Dr. Baehr is chairman of the Christian Film & Television Commission® (CFTVC) ministry and publisher of its family guide to movies, Movieguide®. CFTVC and Movieguide® are an international non-profit ministry dedicated to “redeeming the values of the entertainment industry by influencing industry executives and by informing and equipping the public about the influence of the entertainment media.”

The annual Gala, also known as the “Christian Oscars,” was attended by a glittering array of Hollywood stars, and it turned out to be quite an evening for one of them, Dolly Parton, and her COAT OF MANY COLORS team who came away with the $100,000 Epiphany Prize for Most Inspiring Television Program of 2015, which was presented to them by actress, Lily Tomlin.

If that wasn’t enough, the Grace Award for Most Inspiring TV Performance by An Actress, went to Alyvia Alyn Lind who played the young Dolly in COAT OF MANY COLORS.

One special award for Lifetime Achievement went to veteran Hollywood veteran, Ken Wales, producer of CAPTIVE, CHRISTY, AMAZING GRACE, THE PARTY, REVENGE OF THE PINK PANTHER, and THE TAMARIND SEED.

For more information and a full list of the winners please visit movieguideawards.com