Hollywood, CA (ANS) – An annual box office analysis by a Christian group catering to families has found once again that the most family-friendly movies with the most inspiring, cleanest content, earn more money at the box office and on home video. 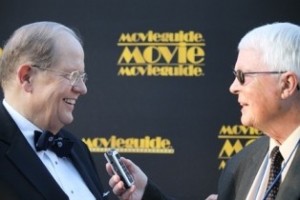 The 2015 Annual Report to the Entertainment Industry by the pro-family advocacy group Movieguide® shows that the most family-friendly movies averaged more than $56.69 million per movie in 2014 in America and Canada, but that the least family-friendly movies with the most offensive, obscene, or anti-family, immoral content averaged only about $18.68 million. R-rated movies fared almost as poorly, averaging only $18.81 million per movie.

The study extensively analyzed the content of the top movies released by the major studios in Hollywood earning $500,000 or more, including the major independent studios. “The evidence is abundantly clear,” said Dr. Ted Baehr, founder and publisher of Movieguide®. “Moviegoers greatly prefer family-friendly movies.”

Dr. Baehr presented these and other highlights from Movieguide®’s 2015 Annual Report to the Entertainment Industry Friday at the 23rd Annual Faith & Values Awards Gala held at the Universal Hilton Hotel in Universal City, California.

He noted that the Annual Report doesn’t just examine family movies and cartoons for children, but family-friendly movies with the cleanest, most inspiring, and least offensive content. 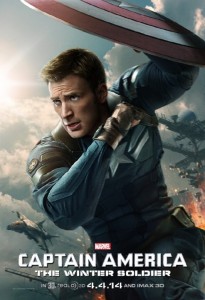 The study also found that movies released in 2014 with no sex, no explicit nudity and no foul language averaged much more money than movies with such content. The story was similar if you examine the Top 10 Home Video Sales in 2014.

For example, 70% of the Top 10 Home Video Sales in 2014 were rated acceptable viewing by Movieguide® with only a light caution for older or younger children, or better, and none were rated R. Dr. Baehr also said this shows clearly that moviegoers prefer clean, heroic, family-friendly movies with Christian, biblical, redemptive, conservative, and patriotic faith and values.

“This was also true in 2014, despite a significant decrease in box office earnings for Hollywood in general,” said Dr. Ted Baehr, founder and publisher of Movieguide®.

For example, 90% of the Top 10 Movies in the United States, overseas and home video sales in 2014 contained strong or very strong Christian, redemptive, biblical, and/or moral content, values or worldviews, including such movies as Captain America: The Winter Soldier, The Hunger Games: Mockingjay – Part 1, Big Hero 6, Frozen, The Last Two Hobbit Movies, The Lego Movie, The Amazing Spider-Man 2, Teenage Mutant Ninja Turtles, Thor: The Dark World, And Guardians Of The Galaxy.”

Movieguide® has been analyzing the content of movies and comparing box office numbers since 1991. “We have found similar results in practically all of our previous studies,” Dr. Baehr noted.