The Movieguide® “Christian Oscars” Awards: And the Winners Are…

The film revolves around the life of athlete Louis “Louie” Zamperini, portrayed by Jack O’Connell. Zamperini survived in a raft for 47 days after his bomber was downed in World War II, then was sent to a series of prisoner of war camps.

Zamperini, who became a born-again Christian in 1949, during Billy Graham’s historic Los Angeles Crusade, never stopped sharing his faith around the world. He died at the age of 97, on July 2, 2014, in Los Angeles, so he wasn’t able to see the opening of the film.

The prestigious award was presented at the glittering 23rd Movieguide® Faith and a Values Awards held at the Universal Hilton Hotel. 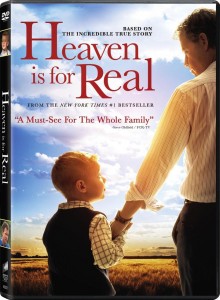 1 – LOVE FINDS YOU IN SUGARCREEK

The winners of the Kairos Prize for Spiritually Uplifting Screenplays:

The winners of the Chronos Prize:

A highlight of the evening was a live tribute to the legendary singer/songwriter, Andraé Crouch, who passed away on January 8, 2015, at the age of 72. Crouch was originally scheduled to perform during the awards gala, so instead, Donnie McClurkin, Cece and Marvin Winans, Take 6, and Tata Vaga, were scheduled to pay their personal tribute to Crouch, who was a seven-time Grammy Award-winner. His songs such as “My Tribute (To God Be the Glory)” and “I’ll Be Thinking of You” have played in churches around the world and have been recorded by artists like Elvis and Paul Simon.

For the 23rd year in a row, Dr. Ted Baehr, the founder and publisher of Movieguide®, presented highlights of his much-awaited Annual Report to the Entertainment Industry by Movieguide®: The Family Guide to Movies and Entertainment once again showed clearly that moviegoers prefer clean, heroic, family-friendly movies with Christian, biblical, redemptive, conservative, and patriotic faith and values.

“This was also true in 2014, despite a significant decrease in box office earnings for Hollywood in general,” said Dr. Baehr. 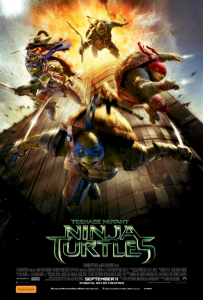 For example, he explained, 90% of the Top 10 Movies in the United States, overseas and home video sales in 2014 contained strong or very strong Christian, redemptive, biblical, and/or moral content, values or worldviews, including such movies as Captain America: The Winter Soldier, The Hunger Games: Mockingjay – Part 1, Big Hero 6, Frozen, The Last Two Hobbit Movies, The Lego Movie, The Amazing Spider-Man 2, Teenage Mutant Ninja Turtles, Thor: The Dark World, And Guardians Of The Galaxy.”

Each year, Movieguide® analyzes 275 or more major theatrical movies according to basic biblical principles, morality, and theology from a Christian perspective.

In fact, movies with humanist/atheist worldviews did the worst, averaging only $1.98 million! Also, movies with absolutely no foul language, sex, explicit nudity, or substance abuse earned the most money. Something, he believes, Hollywood should take note of.

To find out more about Movieguide®, please go to their website, which is www.Movieguide.org