The Pain of an Affair

By Tammie McAdams – Hope For The Heart

PLANO, Texas. – To family and friends, they seemed like the perfect couple. Todd thought so too. That was until he discovered several sexually-explicit emails his wife sent to a co-worker. Stunned and heartbroken, Todd confronted his wife, only to have her deny there was anything going on between them. 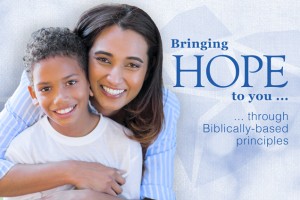 Several weeks later, the truth came out – she had been having an affair for six months, meeting in cities they both traveled for business. She then told Todd she hadn’t been happy in their marriage for over a year and began unloading the list of things he was doing to cause her unhappiness.

“Who is this woman? I thought I could trust her with my life and our children’s lives, but the woman I married doesn’t exist,” shared Todd. “We’re Christians. I thought our commitment to one another and to God meant something. She says she’s sorry and wants to work things out, but how can I ever forgive and trust her?”

Giving In To Temptation

In a culture of temptation, there can be a variety of reasons why a spouse may be enticed to ignore the marriage covenant and make decisions that bring devastation. When asked why they were drawn into adultery, both men and women shared similar reasons:

“I blamed my marriage partner for my problems.” “I believed it would make me happy.” “I didn’t think I would get caught.” “I opened the door of compromise.”

“Adultery can deeply wound a relationship. At the root of every affair is a lack of spiritual and emotional commitment.” says June Hunt, founder of Hope For The Heart, a world-wide biblical counseling ministry. “Those committing an adulterous affair shouldn’t minimize what they are doing, but be honest with themselves and their partner and see their sin for what it is.”

While the Ashley Madison leak may reveal publically those who have privately pursued an affair, the truth is that sin is in every one of our hearts. Scripture says, “No temptation has overtaken you that is not common to man” (1 Corinthians 10:13). But God is faithful and forgiving. His Word gives us redeeming steps to take if we’re tempted or become involved in an adulterous relationship:
Confess the adultery. (James 5:16)  Commit yourself completely to your covenant partner. (Malachi 2:14-16)
Cut all ties with the third party. (Proverbs 6:27)  Choose where to place your thoughts when tempted. (Philippians 4:8)  Consider the difference between love and lust. (Ephesians 5:25)  Count the cost. (Proverbs 6:32)

Scripture says, “Nothing will be impossible with God” (Luke 1:37). He can restore you and your relationship.

If your life has been forever changed because of an affair, Hope For The Heart is here to help you. Call us today at 1-800-488-HOPE (4673) or visit us at www.HopeForTheHeart.org. Locally you can listen to Hope for the Heart on the radio at WARV 1590 AM.