The Quiet Faith of LeBron James 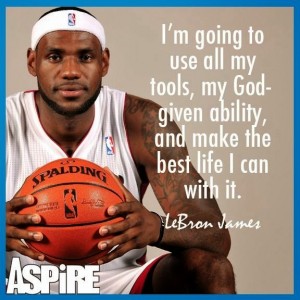 The clues about his Christian faith are given out sparingly, but with the same assurance that has propelled the basketball superstar into a legendary status among his fans.

At a post-game appearance with reporters on December 4th, James was asked if the return of two injured players would help his team, the Cleveland Cavaliers.

To the surprise of some who have questioned his faith, James’ response lifted up the name of Jesus:

“I hope we don’t think that way. It’s never that way,” he said. “When you get your guys back, you prepare just as you prepare before. There’s only one guy ever in the world that everything will be all right when He comes back and that’s Jesus Christ. Other than that, you can’t bank on nobody being OK.”

Not only did James invoke his confidence in the name of Jesus, he went beyond where most of only nominal faith will tread, by announcing his certainty in the return of Jesus, which will bring lasting peace and justice to the earth.

James was born and raised in Akron, Ohio and first gained national attention playing for St. Vincent-St. Mary Catholic High School, from which he was immediately drafted into the NBA upon graduation. At home and at school, he had Christian influences that appear to have made a lasting impression.

While he is less demonstrative about his spiritual leanings than some sports figures, he’s made public appearances in church and attended church charity basketball games near Cleveland.

In 2010, James watched as fellow-player Rodney Stuckey suffered a seizure on the court and was taken to Cleveland Clinic Hospital. James responded by calling the players together into a prayer circle, where he prayed to “our Lord and Savior Jesus Christ” for healing, he told reporters afterward.

While some fans would like to attribute God-like status to his abilities, James is quick to deflect such comparisons. “I’m nowhere near close (to God’s powers),” he said.

Ultimately, James knows where his gifts and talents come from. He said it isn’t due to his training or any innate qualities, but to “the grace of God above; He gave me this athleticism.” 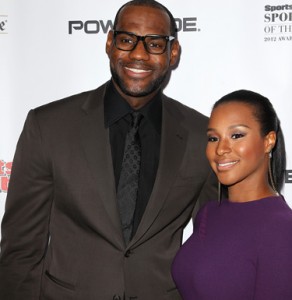