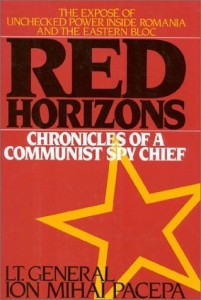 EDITOR’S NOTE: Lt. Gen. Ion Mihai Pacepa is the highest-ranking Soviet bloc intelligence official ever to defect to the West, who currently lives under deep cover in the U.S. as a proud American citizen. In 1988, Gen. Pacepa published “Red Horizons,” which exposed the crimes and corruption of his former boss, Romanian President Nicolae Ceausescu, prompting the dictator to post multi-million-dollar bounties on Pacepa’s head and send assassination squads to the U.S. to kill him – unsuccessfully. “Red Horizons” was translated into 27 languages and republished in a Mao-style pocket book that circulated within the Soviet bloc. President Reagan called the book “my Bible for dealing with dictators.”

In 2013, Pacepa teamed up with professor Ronald Rychlak to write “Disinformation: Former Spy Chief Reveals Secret Strategies for Undermining Freedom, Attacking Religion, and Promoting Terrorism,” published by WND Books, which also generated an award-winning film documentary, “Disinformation: The Secret Strategy to Destroy the West.” A major Hollywood film is now being produced based on “Disinformation.”

Over the 66 years I have been connected with the intelligence business – 27 in the Soviet bloc and 39 in the U.S. – I have learned that changing minds by manipulating the media is what Russian Marxism has always been all about. Now I see a unique form of Americanized dezinformatsyia – disinformation – intent on convincing America that its traditional free-market capitalist system, which made it the leader of the world, is somehow evil, and that the only way of the future is the progressivist redistribution of America’s wealth and its message of free everything for everybody, accomplished by “soaking the rich.”

The historic election of a capitalist entrepreneur, Donald Trump, as U.S. president conclusively proved that the great American middle class wanted to free itself from the claws of former president Barack Obama’s Marxism – now re-baptized “progressivism” – and likewise from his ruinous flirtation with the alien god of Kremlinist autocracy. Obama left us with a wide array of frightening threats, from a raving, nuclear-armed North Korean tyrant to a catastrophic Soviet-style national debt of almost $20 trillion.

Unfortunately, our leftist media – ignoring America’s decades-long war against the ruinous Marxist concept that governments, not the people, own their countries – seem ready to ignite a new American civil war. A war over an alien system – Marxist progressivism – that in a different time and place dispossessed a third of the world’s population of its properties, killed tens of millions, made itself a religion and its leader the only god allowed.

Out of 1,331 daily newspapers in our still-capitalist nation, only two – the Las Vegas Review-Journal and the Florida Times-Union – unconditionally endorsed the capitalist candidate Donald Trump during the election campaign, and little seems to have changed since then.

A Pew Research Center analysis of 3,000 news stories published in the first 100 days of Trump’s presidency found that only 5 percent were positive, and that 62 percent of them portrayed the capitalist President Trump as incompetent, his political views as repugnant and his advisers as fools.

As the New York Post noted in an editorial: “The New York Times ran a front-page opinion piece declaring that with a ‘demagogue’ in the White House, ‘you have to throw out the textbook’ and ‘move closer’ than ever ‘to being oppositional.’ Jack Shafer, Politico’s senior media writer, called on reporters ‘to start thinking of covering Trump’s Washington like a war zone. … It’s time to circle behind enemy lines.’ And the editor of the Columbia Journalism Review, presuming to speak for the entire press corps, penned an open letter basically telling Trump, We make the rules, and we’ll call out your lies, repeatedly.”

Even Pope Francis in his Vatican enclave has seen what is going on. “Media that … spread fake news to smear politicians risk becoming like people who have a morbid fascination with excrement,” he recently told the Belgian Catholic weekly Tertio. The Pontiff excused himself for using earthy terms to get his point across, but he described the media’s current disinformation as a cardinal sin, and decided to make the war against disinformation – aka “fake news” – the theme of his message for World Communication Day 2018 next May.

So, let’s tell it like it is – the media are disinforming America. It wasn’t always like that. In January 1990, when U.S. Rep. Frank Wolf, R.-Va., succeeded in extricating my daughter and her husband from Marxist Romania, 44 American radio and television stations joyfully proclaimed their arrival in Washington. The Washington Post was the first to interview them, and I still treasure its powerful condemnation of Marxist disinformation and terror by reporter Judith Weinraub.

Soon after that I had lunch with Katharine Weymouth, at that time publisher of the Washington Post, and I was greatly impressed by her firmly anti-communist stance. Later I became acquainted with William McPherson, editor of the Post’s Book World (and awarded the Pulitzer Prize for Distinguished Criticism). I was likewise amazed by his powerful condemnation of what he called “Marxist heresy.” McPherson even went to Romania to denounce the ghastly legacy of Ceausescu’s “independent” Marxism.

In January 2009, however, Barack Obama became the first undercover Marxist to become president of the United States. For sentimental reasons – that history will certainly condemn – most of our news media provided cover for Obama and, in the process, shifted further leftward than ever. 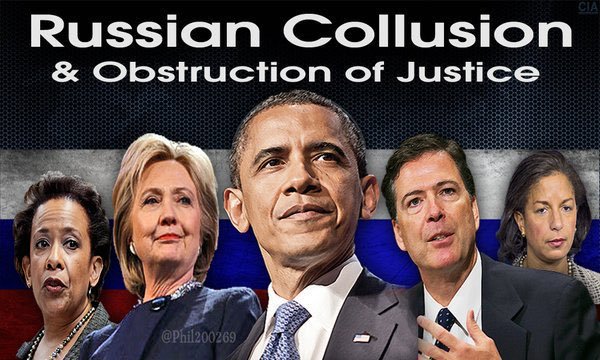 Today, America’s “mainstream media” seem to believe that bashing free-market capitalism and our capitalist president is as American as apple pie. It is not. Ridiculing the U.S. president is an anti-American dezinformtsyia tool smuggled into the U.S. by the KGB community, and the communist Romanian foreign intelligence service I headed, the DIE, was one of the smugglers. (For details, see my “Propaganda Redux,” published in the Wall Street Journal a decade ago.)

During my years in the top circles of the Soviet bloc intelligence community, I heard from the lips of Nikita Khrushchev: “Change the public image of the leader, and you change history.” And that is exactly what we did back then. During the Cold War, the KGB – and its Romanian equivalent – published countless disinformation stories portraying President Truman as the “butcher of Hiroshima,” President Eisenhower as a “shark of the war-mongering military-industrial complex,” President Kennedy as an arrogant millionaire who thought he owned the world, and President Johnson as a Mafioso who had bumped off his predecessor.

During the age of Obama, the KGB-style vilification of American political leaders became a standard journalistic tactic in the U.S. as well. For example, in 2012 a 5,000-word piece Washington Post article portrayed Mitt Romney, the Republican candidate for the White House, as an anti-Semitic, anti-gay bully who had psychologically murdered one John Lauber, an allegedly gay classmate in their prep school days, by forcefully chopping off a shock of his bleached hair. According to the Post, Lauber was a fragile young man and his body collapsed around a spirit broken, thanks to Mitt Romney. Wow! How dare that bullying brute Romney even think about running for the White House?

A few weeks later the Post story proved to be dezinformtsyia, but by then the damage was done. Romney lost the 2012 election.

“We Are All Socialists Now,” exulted the cover of Newsweek on Feb. 6, 2009, a couple weeks after Obama’s first presidential inauguration. That was just what Romania’s official newspaper Scînteia proclaimed when Ceausescu began changing Romania into a Marxist monument to himself. Scînteia later went bankrupt. And a year and a half after its “We’re Socialists” issue, Newsweek was sold for one dollar.

The sudden collapse of the Soviet Union proved that Marxism can bankrupt even the largest country on earth. Obama’s Marxism confirmed that rule; last January, when he left the White House, 95 million Americans were out of the workforce, food stamp beneficiaries exceeded 48 million, the GDP had fallen from 3.4 percent to 1.6 percent, and the national debt reached an unprecedented $202,000 per citizen.

During my young years, I never dreamed that by helping Marxism – now euphemized as progressivism – to gain a foothold in Romania I was actually committing a crime against my own country. But I grew older and wiser, and 39 years ago I turned my back on that destructive heresy, which has left in its wake only countries that ended up looking like trailer camps hit by a hurricane, and disgraced leaders roasting in Dante’s Inferno. Just look at today’s Venezuela.

Now I am joining the efforts of WND (whose founder and editor was also a Marxist when he was young, and whose managing editor edited “Disinformation,” the book I co-authored with professor Ronald Rychlak) to persuade our media to stop colluding with Russia and with undercover Marxism, and to become American again.

Make no mistake about it: While the “mainstream media” play Nero and fiddle with fake news and 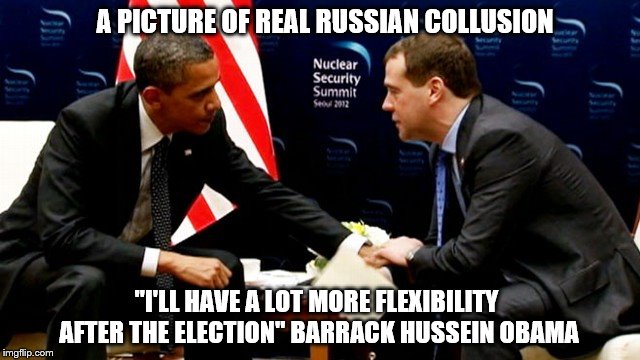 disinformation, America is burning. Beyond all the many obvious threats facing our nation from terrorism, criminal gangs and so on, the threat of nuclear terrorism against the U.S. is real and potentially cataclysmic. According to the U.S. Congressional Electro Magnetic Pulse Commission, a single nuclear EMP bomb detonated high above the U.S. mainland by the deranged tyrant of North Korea could collapse our country’s electric grid and the infrastructure necessary to sustain the lives of 300 million Americans. Communications would cease, electrical power would disappear, transportation would halt. All past calamities of the modern era would pale in comparison to the catastrophe caused by one high-altitude EMP bomb – which could be launched with an old SCUD rocket from a fishing boat off our East or West Coast. 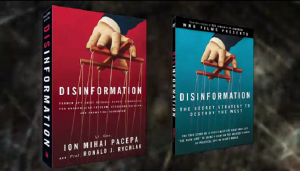 Competition is indeed the engine that has always driven the American dream forward. Unity in times of global warfare, however, is what has made this country of immigrants the undisputed leader of the world. But national unity is difficult if not impossible when the press, that near-sacred institution on which we rely for digging up and communicating vital truth, instead becomes the chief purveyors of lies and half-truths – in a word, of disinformation.