The Salt and Light Brigade

Last week I asked the question, “Where is OUR Team?” If you haven’t taken the time to read it, I highly recommend that you do so now. www.newswithviews.com/Daubenmire/dave414.htm

If you’re anything like me, you are frustrated. Elections seem to be a waste of time—meet the new boss, same as the old boss—and those we elect seem to ‘forget’ everything they promised during their campaigns.

Our pastors are worthless, at least in regard to fighting the cultural war. For some odd reason they fail to realize that the command to be “salt and light” has to do with impacting the culture. Hiding the light inside the church building, keeping the salt inside the shaker, does not advance the Kingdom of God.

More and more folks are realizing that something is terribly wrong. Frustrated with the pastors and the politicians, they turn to political activism. Tea Parties, 9-12 groups, and patriot meetings are popping up all over the landscape. This is a desperate attempt to try to find someone willing to lead. 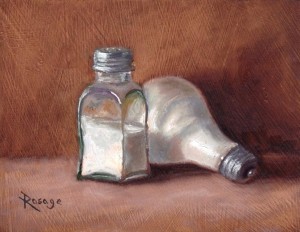 The Scriptures tell us that “For if the trumpet give an uncertain sound, who shall prepare himself to the battle?” No wonder folks won’t prepare for battle…the trumpet is silent. Our leaders are afraid someone will complain about the trumpet being too loud, or hateful, or mean, or unchristian.

Meanwhile, the God-haters have a marching band tramping up and down the field while God-fearing Americans sit in the stands and watch the massacre, all the while wondering when our team gets to take the field. But as I wrote last week, WE’VE HAD NO TEAM.

Well, we do now. I am working feverishly with men and women across America to get our team assembled and ready to take the field. In less than a week since we’ve launched this initiative, our numbers are already in the thousands!!

Now we need YOU on the team!! Come and be part of THE SALT AND LIGHT BRIGADE!!

Look folks, I know that I am not some big-name preacher or politician, but I know how to put a team together. That’s why they call me “Coach.” It’s time to get our team organized.

But please understand, this is not another “organization.” Lord knows that is the last thing we need. The Body of Christ is a living, breathing, ORGANISM…one body, many members. But the problem is that we haven’t been functioning as one body. We have been working as many bodies. That is called division. Each group is doing their own thing with no coordinated attack focused on the real enemy.

Think of the hundreds of millions of dollars that have been funneled into the “pro-family” ministries. They read like an alphabet soup: FRC, FOF, AFA, NOM, NRTL, SBC, and yet the humanists are stealing our money and eating our lunch. In fact, Dr. James Dobson, who was fired from Focus on the Family, the organization that he founded, admitted this in 2009:

“The battles that we fought in the 80’s, now, we were victorious in many of those conflicts with the culture trying to defend righteousness, trying to defend the unborn child, trying to preserve the dignity of the family, and the definition of marriage. We fought all those battles, and really it was a holding action. And now we are absolutely awash in evil and the battle is still to be waged, and we are right now in the most discouraging period of that long conflict. Humanly speaking we can say that we have lost all those battles.”

Millions of dollars down a rat hole, and today they are asking for more, fighting the same losing battles with the same old failed strategies, not working together, all while protecting their donor lists from one another.

Republicans have been their solution…raising money for guys like Boehner, McConnell, and Jeb Bush! The Christian Right IS the Republican Party, yet the Republican leaders despise the Religious Right. The political strategy has failed, and Christians have enriched the political machine to their own demise.

Jesus told us that HE would build a church and” the gates of hell will not prevail” against that church. The battle for Truth belongs to God’s people. Yet we have hired mercenaries (politicians) to do the job that Jesus mandated to His people. America’s problems are spiritual/moral. Politicians cannot save us.

Please join our team. You can do it by merely signing up at www.ptsalt.com. Here is the strategy.

Go back in your mind’s eye to the first Gulf War and the shock and awe of the bombing missions over Bagdad. Before ground troops were sent in, our Air Force bombarded the enemy from the sky.

God’s team has an Air force as well. They are called Prayer Warriors. They are an essential part of the team, but the Air Force (prayer) alone cannot win the battle. At some point the infantry has to move in.

God has an infantry, too. They are those who are willing to make phone calls to political officials or corporate offices, demanding they do the right thing. They can send letters, faxes, emails, or tweets, to the decision makers. They are essential in creating a wave that will overwhelm the enemy.

But we also have Special Ops. These are the trained SWAT (Spiritual Weapons And Tactics) boots on the ground…the first ones to hit the shore and establish a beach-head against the enemy. No war can be won without boots on the ground.

So imagine the Body of Christ, a living, breathing, moving, coordinated ORGANISM springing into action at the first sign of danger. With one simple email, tweet, or text message we can unleash our forces into action. The Air Force can begin bombarding with prayer. The infantry can man the phones and the computers, and the SWAT Team can hit the beach.

This is not complicated. It just has never been coordinated. How can I help, you may be asking? What difference can I make?

Can you pray? Can you write an email? Can you make a phone call? Are you good at logistics? Can you enter data in a computer? Can you network?

Every skill that our team needs is already gifted into the body: many members, multi talents, all waiting to be called upon. Everyone is valuable. Everyone has a role to play. We need what you have to offer. Or more accurately, God needs you!

What if we had been organized in Indiana recently? What if at the first sign of smoke our team had sprung into action. The Air Force began praying, the phone lines started burning up, and 5,000 SWAT team members had shown up on the steps of the Statehouse? We only lose battles because we are not organized.

LET’S MAKE THIS GO VIRAL!! Share it with those at your church, those in your clubs, those in your family. We won’t bombard you with requests. We won’t beg you for money, and we won’t share your name and email. We need your efforts…not your money.

The Tea Party has been infiltrated and neutralized by money and influence. That won’t happen to us, because we are activating an organism…not an organization. If you won’t fight, stop complaining.

We need a new game plan. The excitement is building. Our team is growing. Uncle Sam doesn’t need you…JESUS needs you! ALL HANDS ON DECK!! Our grandkids are depending on us.

Please join with us at  www.ptsalt.com.

One thought on “The Salt and Light Brigade”