“The Science is Infallible”

Almost every congregation has them. Some are very vocal and do all they can to teach their views and recruit more “disciples.” Others rarely share their true beliefs, occasionally keeping their real feelings from their family members. They are theistic evolutionists—individuals who believe in God, but they also embrace the evolutionary theory.

I have met literally dozens of these individuals on my weekend seminars. Normally, they will approach me after a lesson and they will say something like, “I heard what you said about creation, but don’t you think it could have also happened like this….” And then they go on to share how they get millions of years into God’s Word. 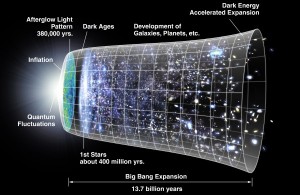 Some prefer the Gap Theory, squeezing millions of years between Genesis 1:1 and Genesis 1:2. Most individual who hold to the Gap Theory believe there was a previous creation and that Genesis 1:2 begins with a recreation. However, as I point out to these individuals, there is no mention of this alleged previous creation in God’s Word. (Additionally, if the first creation resulted in total destruction doesn’t it make sense that God would have included that in His Word, especially given the record we have of the Flood, Sodom and Gomorrah, the Tower of Babel, etc. ) Additionally, it would call into question if Adam was truly the first man as Paul indicated in 1 Corinthians 15:45.

Others cling to the Day Age Theory, essentially stretching millions of years into each one of the days of creation. This theory is problematic as Genesis records each day as an evening and a morning (see Genesis 1:5, 8,13,19) and then Moses adds a numerical adjective. Additionally, the creation account in the Bible indicates plants were present before any heavenly bodies (stars, sun, moon, Genesis 1:14). Consider also that most plants require flying insects to be pollinated. Flying creatures were not created until Day 5. If each “day” was a million years that would mean God created the plants on Day 3 and they have to wait two million years before they were pollinated.

The problem is that many Christians have bought into “Intellectual Elitism”—that all smart people believe in evolution.

Wanting to be considered intellectual these individuals compromise God’s Word in order to squeeze in evolution. On one particular occasion I asked a man who identified himself as a Christian if he believe the Bible was inspired. His answer was that, yes, he did believe the Bible was infallible. I then asked him what happened when science came in that contradicted God’s Word. His response blew my mind. He said: “Well, the science is infallible, because most is based on mathematics and the numbers can’t be wrong. Therefore it would be our interpretation of God’s Word that was wrong.”

Okay, so let me get this straight: A God who can create the Universe can’t communicate His Word in a way that man can understand?

On another occasion I had a “pillar of the congregation” argue with me during the question and answer session. He had studied Isaac Newton and just couldn’t believe that “science” could be wrong. When I pressed him about whether the Bible was inspired he responded, “I don’t know about the Bible, but I know Newton wasn’t wrong.”

When I hear these kinds of statements (and I’ve heard lots of them), I always feel bad for the individuals—because it is obvious they have placed their allegiance in man and they are comfortable compromising God’s Word. As I’ve said on many occasions, if you can’t trust the first verse of the Bible, why would you trust anything that followed?

Or to put it another way, if you don’t think the Bible is accurate on the creation account, then what would make you think it is accurate on redemption and salvation?

It’s time we stop compromising. Time to stop buying into the intellectual elite argument.  It’s time we remove the blinders of evolutionary science and realize true scientific evidence points toward a Creator. It’s time we consider where we have placed our allegiance.