The Sinister Side of Billionaire Charity 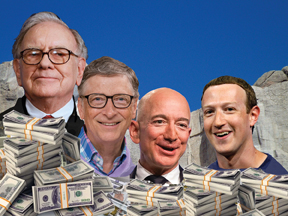 And According to Matthew 13:22, “… and the deceitfulness of riches, choke the word” How rich do you have to be before you’re too rich? For example, to count to just one billion, it will take about 31 years, 252 days, 7 hours, 46 minutes, and 40 seconds! There are about 2,604 billionaires in the world today and what are they supporting with their great riches? Here are some examples of what a handful of America’s richest billionaires support.

Some think that 37% of Bill Gates’ net worth would end world hunger but instead he invests billions of dollars into corporations blamed for many of the same health issues the Gates Foundation seeks to cure.

On the surface, and within mainstream media, Bill Gates is considered a modern day saint. His Gates Foundation gives money, time, and energy to global issues of hunger, sickness and death. In reality it is far more sinister than you could ever imagine.

In 2010, the Gates Foundation Trust purchased 500,000 shares of Monsanto, worth $34 million. These shares were sold in 2011 and as of their 2012 filing, the Foundation doesn’t own a single share of Monsanto. As it was, the investment was a tiny portion of their holdings, never enough to make a significant impact in either organization. The Foundation has a policy of not commenting on individual investments, so the fact that they won’t discuss this particular one also isn’t surprising.

At the Technology, Entertainment and Design Conference (TED) in 2010 Gates stated, “The world today has 6.8 billion people. That’s headed up to about nine billion. Now, if we do a really great job on new vaccines, health care, reproductive health services, we could lower that by, perhaps, 10 or 15 percent, but there we see an increase of about 1.3.” Does this mean population reduction?

Gates stated in regard to his faith: “The moral systems of religion, I think, are super important. We’ve raised our kids in a religious way; they’ve gone to the Catholic church that Melinda goes to and I participate in. I’ve been very lucky, and therefore I owe it to try and reduce the inequity in the world. And that’s kind of a religious belief. I mean, it’s at least a moral belief.”

Gates also said: “I agree with people like Richard Dawkins that mankind felt the need for creation myths. Before we really began to understand disease and the weather and things like that, we sought false explanations for them. Now science has filled in some of the realm – not all – that religion used to fill. But the mystery and the beauty of the world is overwhelmingly amazing, and there’s no scientific explanation of how it came about. To say that it was generated by random numbers, that does seem, you know, sort of an uncharitable view. I think it makes sense to believe in God, but exactly what decision in your life you make differently because of it, I don’t know.” 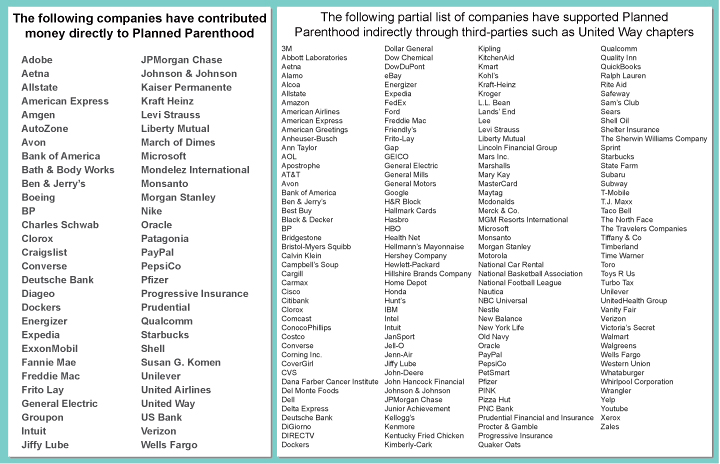 Warren Buffett another billionaire, had long stated his intention to give away his fortune to charity, and in June 2006, he announced a new plan to give 83% of it to the Bill and Melinda Gates Foundation He pledged about the equivalent of 10 million of his Berkshire Hathaway Class B shares to the Bill & Melinda Gates Foundation (worth approximately $30.7 billion as of June 23, 2006), making it the largest charitable donation in history. Buffett has supported liberal Democrats such as Barrack Obama and Hillary Clinton though he is considering supporting Donald Trump for the 2020 Presidential campaign.

Mark Zuckerberg, founder of Facebook, once identified as an atheist, yet has since revised his views. In 2016, the billionaire said: “I was raised Jewish and then I went through a period where I questioned things, but now I believe religion is very important.” In October 2014, Zuckerberg and his wife Priscilla Chan donated $25 million to combat the Ebola virus disease, specifically the West African Ebola virus epidemic. In 2016, Mark Zuckerburg and his wife, Priscilla Chan’s Chan Zuckerberg Initiative announced that it would give $600 million to Biohub a location in San Francisco’s Mission Bay District near the University of California, San Francisco, to allow for easy interaction and collaboration between scientists at UCSF; University of California, Berkeley and Stanford University. In June 2013, Zuckerberg joined Facebook employees in a company float as part of the annual San Francisco Lesbian Gay, Bisexual and Transgender Pride Celebration. The company first participated in the event in 2011, with 70 employees, and in 2013 this number increased to 700.

Amazon founder and billionaire Jeff Bezos supported the campaigns of two Democratic U.S. senators from Washington state. He has also supported U.S. representative John Conyers, as well as Patrick Leahy and Spencer Abraham, U.S. senators serving on committees dealing with Internet-related issues, according to public campaign financial records. In 2012 Jeff Bezos and his wife MacKenzie Bezos contributed $2.5 million to Washington United for Marriage, a group supporting a yes vote on Washington Referendum 74, which affirmed a same-sex marriage law enacted in the state. They have supported the legalization of same-sex marriage, and Bezos donated $100,000 towards a movement against a Washington state income tax in 2010 for “top earners.” Also in 2012, he donated to Amazon’s political action committee (PAC), which has given $56,000 Democrats and $74,500 to Republicans.

On November 11, 2003 George Soros said in an interview with The Washington Post, that removing President George W. Bush from office was the “central focus of my life” and “a matter of life and death”. He said he would sacrifice his entire fortune to defeat Bush “if someone guaranteed it”. Soros gave $3 million to the Center for American Progress, $2.5 million to MoveOn.org, and $20 million to America Coming Together. These groups worked to support Democrats in the 2004 election. On September 28, 2004, he dedicated more money to the campaign and kicked off his own multi-state tour with a speech: Why We Must Not Re-elect President Bush delivered at the National Press Club in Washington, D.C.

As the founder of the Open Society Foundations, The Project on Death in America, active from 1994 to 2003, was one of their projects, which sought to “understand and transform the culture and experience of dying and bereavement.” In 1994, Soros delivered a speech in which he reported that he had offered to help his mother, a member of the right-to-die advocacy organization Hemlock Society, commit suicide. In the same speech, he also endorsed the Oregon Death with Dignity Act, proceeding to help fund its advertising campaign.

Matthew 6:19-21 – Lay not up for yourselves treasures upon earth, where moth and rust doth corrupt, and where thieves break through and steal: But lay up for yourselves treasures in heaven, where neither moth nor rust doth corrupt, and where thieves do not break through nor steal: For where your treasure is, there will your heart be also.