The Transition Of This “Transgender” Family Points Out One Major Point

LGBT activists are determined to infiltrate the family unit, and their latest hijack will shock you. 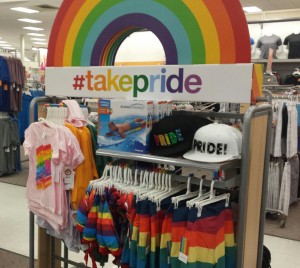 One family went through unthinkable horror when a mother was faced with her son wanting to become a “girl.”

But instead of getting him the help he needed, you won’t believe how far she took the “transgender” ideology in her home. Not only did she let her son “transition” into a girl, she decided she was so “inspired” by his “courage”; she wanted to follow in his footsteps.

This local decided she no longer wanted to be a mother, and instead decided she wanted to “transition” into a male, and become a “father” to her son. You see, children look up to their parents on how to act. But this mother acted like the child in the parent/child relationship, by allowing her son to go through the transition, and then doing the exact same thing.

The child is supposed to look up to the mother and follow her lead, not the other way around. Even worse, this local woman encouraged her son’s transition and applauded his “courage.” So in this family, the woman “transitioned” to a “man”, and the young boy “transitioned” into a girl.

But the danger in embracing the “transgender” world, ignores the obvious. The major piece in all of this “acceptance” ignores the key fact people who decide to change genders are mentally ill.

Often, many self-identified “transgenders” have some kind of mental illness such as OCD or depression. Or, they’ve been sexually abused or traumatized and exposed to a deviant sexual world, therefore they begin to develop gender dysphoria, and suddenly decide they want to live as the opposite sex. These people need help, not the encouragement to “live as they wish.”

But nowadays, all a person has to do is tell their doctor they want to live as the opposite gender, and they can begin hormone treatment.

LifeSite News reported: “In theory, the medical community follows certain standards of care for transgender health, now in the seventh revision, which were developed by The World Professional Association for Transgender Health (WPATH).

The standards provide guidelines for treating people who report having discomfort with their gender identity. People think that because standards exist, people will be properly screened before undergoing the radical gender transition. Unfortunately, the overwhelming theme of these standards is affirmation.

The patient controls the diagnosis of gender dysphoria. If a gender specialist or the patient wants to skip the screening protocols and move forward with hormone treatment and surgical procedures, they are free to do so.”

Doctors should put their patients through a mental health screening, and get them the help they need. By further fueling dysfunction, those with gender dysphoria make the transition to the opposite gender and often face regret.

And tragically, many ended up committing suicide because they were so depressed, which proves “changing genders” is not the answer.

But for the local woman who decided to live as a man, and encouraged her child to “switch genders” as well, she should have her child taken away, and cited for abuse. It’s one thing for an adult to mess up their own life, but causing a child harm and involving them in the sick world of transgenderism, is unconscionable.