The U.N. Is Behind Alex Jones Censorship 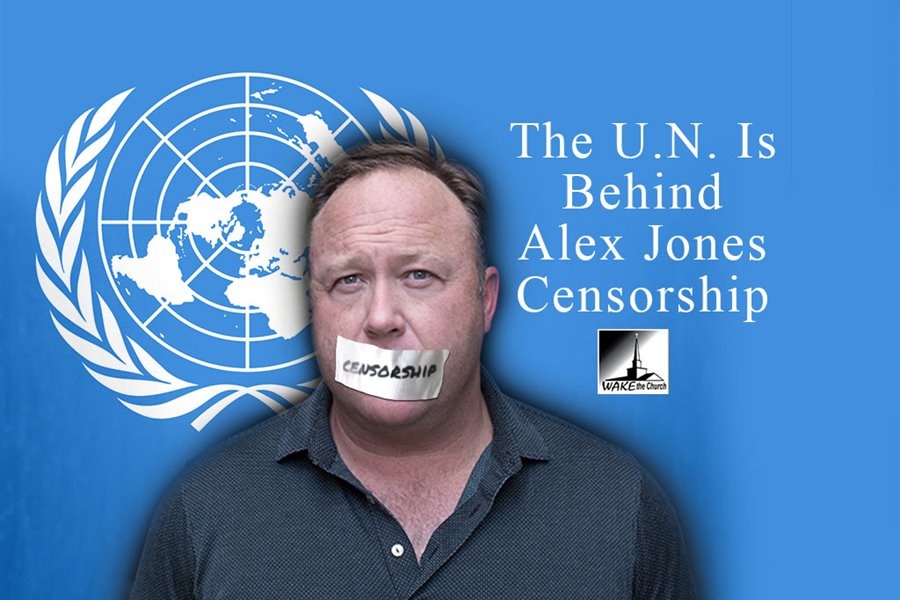 By Jason Charles | Wake the Church

Alex Jones has become too influential, and now the jackals are coming after him as evidenced by the total corporate sabotage of his online platforms this last week.

Ask, what makes these giant tech companies think they can simply sabotage a media outfit with the kind of grass-roots support Infowars has without consequence? That is the question everyone should be asking? The answer to that question is companies with U.N. backing, that’s who.

The Infowars media organization is pro-Trump, as is Fox news, both are perceived as being Republican in bias. Just like CNN, MSNBC, ABC, etc are progressive companies, and thus Democrat in bias. As press organizations their bias is a given.

This targeting by out and proud, liberal companies, like Facebook, Spotify, Apple, Google, Youtube, and Twitter should be viewed in no less terms than election meddling, seeing it attempts to destroy one of two major right leaning media outfits in the country.

The phenomena of corporations revealing publicly their “political stripes” when traditionally they always have stayed neutral is a very new development in terms of geopolitics. People are simply not sophisticated enough, and missing the larger agenda here.

I have written in the past on this topic of corporations being politized during the Obama administration seeing it all started under him. I believe this to be a U.N. plan that is working to homogenize secular ethics enforcement among multinational companies. These companies are being given favored international status because of the adherence to U.N. objectives.

You can read about such goals on U.N. websites like the U.N. Global Compact website that has thousands of companies participating as signatories to their goals. These goals revolve around common liberal causes like social justice, woman’s health i.e. abortion on demand, LGTBQ “rights,” sustainability i.e. carbon tax, etc. As such when you sign onto the U.N. Global Business Compact you pledge to support these goals in your organization. It states the importance the roles business plays right on the opening paragraph of the website,

“The SDGs Explained for Business”

In September 2015, all 193 Member States of the United Nations adopted a plan for achieving a better future for all — laying out a path over the next 15 years to end extreme poverty, fight 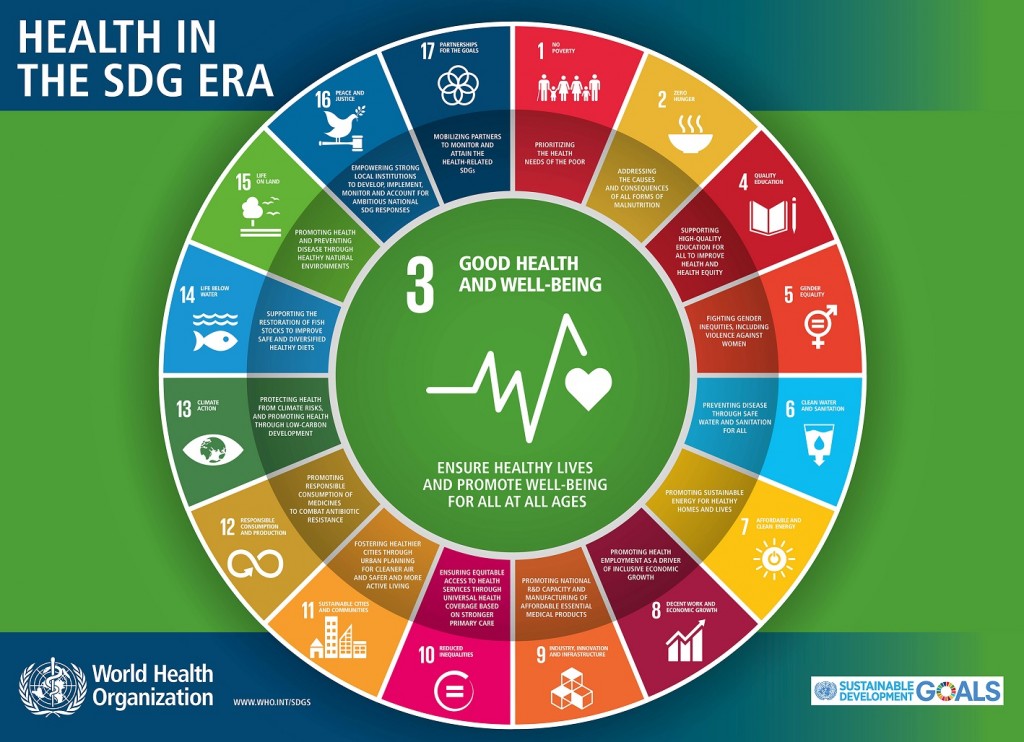 inequality and injustice, and protect our planet. At the heart of “Agenda 2030” are the 17 Sustainable Development Goals (SDGs) which clearly define the world we want — applying to all nations and leaving no one behind.

The new Global Goals result from a process that has been more inclusive than ever, with Governments involving business, civil society and citizens from the outset. We are all in agreement on where the world needs to go. Fulfilling these ambitions will take an unprecedented effort by all sectors in society — and business has to play a very important role in the process.” (UN Global Compact Website)

Notice the operating words in this statement are “…world we want”, and “We are all in agreement.” Signifying that U.N. objectives are higher objectives than nationalist objectives and thus nations must submit.

These goals are based on the U.N. Declaration of Human Rights, in which they outline their belief that gay marriage, abortion on demand, anti-gun laws, LGBTQ equality are all basic human rights among other things.

The premise is right-wing organizations, media, politicians and personalities need to be silenced because they do not recognize these U.N. expanded definitions of rights.

Martyred for the Cause

Alex Jones is the first martyr in this U.N. war on traditionalism, nationalism and conservatism that is being executed by both governments and corporations at the behest of the U.N. world wide. 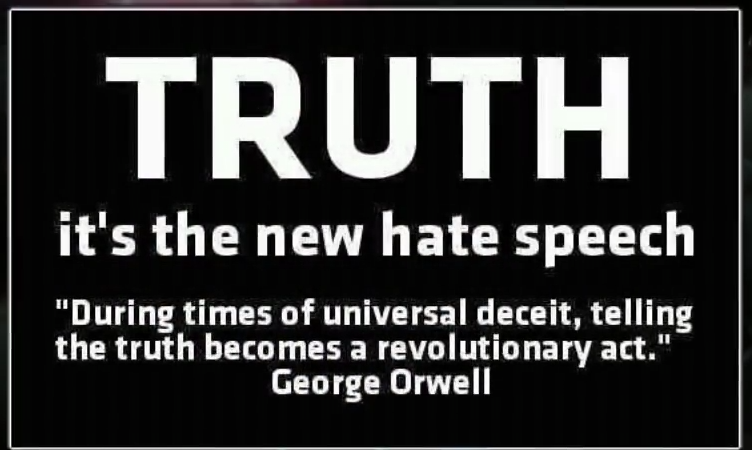 The UN Secretary-General Ban Ki-moon delivered an opening address, where he said: “I’m counting on the private sector. Now is the time to mobilise the global business community as never before. The case is clear. Realising the Sustainable Development Goals will improve the environment for doing business and building markets.” (United Nations Development Program)

So in my assessment the U.N. is utilizing partner multinational corporations to thwart nationalist politicians and media personalities in the United States and abroad. The intent is to oust Donald Trump by destroying his media partners platforms and reach.

This is why all of these companies have changed their logos to rainbow colors during pride month, and champion sustainability, LGBTQ, antigun campaigns, and women’s rights ad nausea. It is because they have signed up to be enforcers of the U.N. human rights campaign and Global Compact. This is why it is so universally organized across very different corporations the world over.

Only the U.N. has the power and clout to organize such campaigns. To view this censorship of Alex Jones in terms of local, partisan politics is failing to see the larger picture. We need to talk about all of these agenda as having originated from the U.N., and are without question a U.N. plot to undermine and thwart the support of President Trump  in the United States as well as our Bill of Rights. 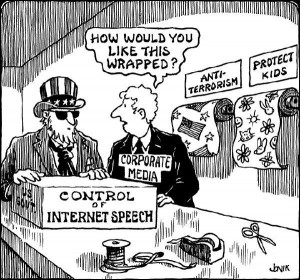 “…last week, we removed four videos on four Facebook Pages for violating our hate speech and bullying policies. These pages were the Alex Jones Channel Page, the Alex Jones Page, the InfoWars Page and the Infowars Nightly News Page. In addition, one of the admins of these Pages – Alex Jones – was placed in a 30-day block for his role in posting violating content to these Pages.

Since then, more content from the same Pages has been reported to us — upon review, we have taken it down for glorifying violence, which violates our graphic violence policy, and using dehumanizing language to describe people who are transgender, Muslims and immigrants, which violates our hate speech policies.” (Facebook Newroom)

The videos cited are videos that reportedly had Alex Jones cursing transgenders and sexual deviants to hell. There, you now have the reason he was banned, because Facebook and other platforms are enforcing policies and supposed rights violations laid out by the U.N. on American soil. Remember, when they are talking about “community standards” that is code for U.N. standards in the Global Business Compact.

Long story short the U.N. is using corporations to enforce their ideology and “human rights” goals all across the world. Instead of enforcing the Constitution of the United States and Bill of Rights that lists Freedom of Press and Speech as an untouchable right of the people. They are in essence global fascists working to supersede the rights of their host nations.

This should be of a major concern to everyone, and no one that I know of is looking at this in such context outside of my own writings.