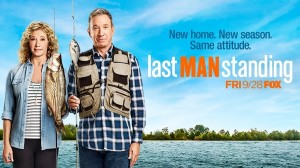 [Faithwire.com] Comedian Tim Allen’s hit comedy “Last Man Standing”—the sitcom ABC canned despite six successful seasons—is finally coming back this fall. Fox announced in early May it had picked up the series, and on Thursday night, Allen revealed the show’s seventh season will be premiering in late September:

While executives at ABC Entertainment have repeatedly insisted the decision to cut the show had nothing to do with politics, Allen said nearly a year ago that the network consistently “dismissed” his successful show’s conservative fan base.

“The fact that it showed great diversity of thought and entertainment, they dismissed,” Allen told The San Luis Obispo Tribune. “That didn’t seem to matter … I think they made a terrible mistake with a very creative project. It could have done so many things.”

“People go to church, you know, and we did church stuff,” Allen explained. “We did stuff about sitting down and having a meal as a family. But we didn’t make a [big] deal about it. … We tried to respect and honor some values that seem to be beleaguered.”

And now those “beleaguered” values will be back on television.

“When I heard the offer to create more episodes of ‘Last Man Standing,’ I did a fist pump so hard I threw my back out,” Allen told Fox News in May. “I could not be more grateful for the fans who wrote petitions and kept up the passion and incredible support for the show.”