Time to Fire the Decepticons and Get Over COVID 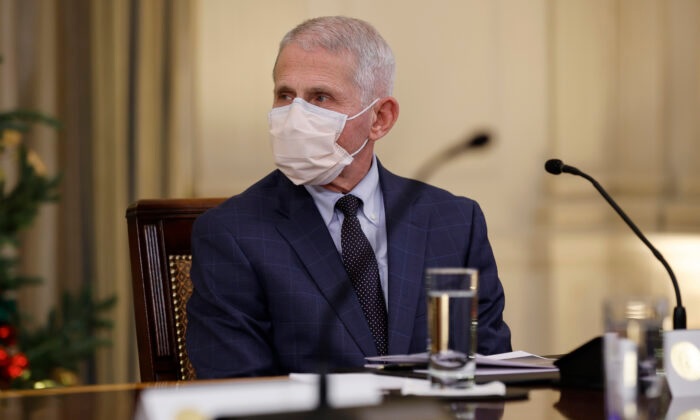 According to the Encyclopedia Britannica, the Heisenberg Uncertainty Principle in quantum mechanics, first formulated in 1927, states that “the product of the uncertainties in position and velocity is equal to or greater than a tiny physical quantity, or constant (h/(4π), where h is Planck’s constant, or about 6.6 × 10−34 joule-second.” Or, to put it in more popular terms, the act of observation changes the nature of the thing being observed.

Does it ever. Here we are, coming up on the second anniversary of “two weeks to slow the spread” of a flu-like virus most likely hatched in a Chinese Communist laboratory in Wuhan, with a little help from Dr. Anthony Fauci and the American taxpayer, and the dreaded COVID-19 chest cold has conquered the planet, instilling fear and loathing in weak minds whenever and wherever it appears in any of its Transformers-like, constantly mutating configurations.

In the Transformers film series, ordinary household machines like cars can suddenly reshape themselves into terrifying robots; the evil ones were known as Decepticons and had scary names like Megatron and Bonecrusher. In the world of socialized medicine, this viral beast has been dubbed by the government the Omicron variant (what a title for a Robert Ludlum thriller), which of course has arrived, right on schedule, to attack the Christmas and New Year’s celebrations around the world.

The irony is, had the novel coronavirus been treated the same way as its immediate predecessors, including SARS, the H1N1 pandemic of 2009, and the Hong Kong flu of 1968, no one would be talking about it, there would have been no lockdowns, no masks, no ruination of the economy, no destruction of the travel industry, no stealth takeover of private medicine and, most important, no unconstitutional loss of personal liberty.

But the very act of neurotically obsessing over it has triggered and weaponized the critter and, a la Heisenberg, transformed it from a bug that preyed on old people into the Thing that Devoured the Planet.

Ever since the politically conveniently timed appearance of the CCP virus early in 2020, Fauci and his coevals at various government “health” agencies have whipsawed the American public with their erratic, contradictory, and wholly unscientific pronouncements, all in the interest of aggrandizing more power.

These Decepticons managed to take down the gullible Trump administration, institutionalize their priorities for controlling the population by nullifying the Bill of Rights, helping to install Joe Biden, and giving a big fat Christmas present to the pharmaceutical companies—which have profited handsomely from the pandemic.

Consider the current headlines: “Omicron grips nation; confirmed in 44 states,” “U.S. fears million cases a day,” “Masks on planes forever.” At the same time, ponder this: “40 percent have no symptoms at all.” Put the two together and you can see the Decepticons staring you in the face—and laughing.

A “disease” that is in many cases strikingly asymptomatic, whose lethality (such as it was and depending on who’s counting and how) is counted by “cases” (a meaningless statistic), whose survival rate has always been near 99 percent for the vast majority of the world’s population doesn’t seem like much of a threat in the cosmic scheme of things.

Nor does a “vaccine” that not only doesn’t prevent you from getting the bug but permits “breakthrough” infections and also has significant side effects seem like much of a vaccine.

But from the beginning the Democrat-Media Complex has gone all-in on apocalyptic hysteria as governments around the globe have vowed to “defeat” the virus, and some—like the newly formed police states of Australia and New Zealand—even articulating an impossible “zero COVID” policy.

All of which is just fine with Fauci, the nation’s highest paid ($434,312 per year) bureaucrat, and one of its longest-serving. Yes, the man who told heterosexuals that they, too, were going to be stricken by AIDS back in the early ‘80s is still collecting a government check despite his record of proven scare-mongering, and his troubling fascination with “gain of function” virology. 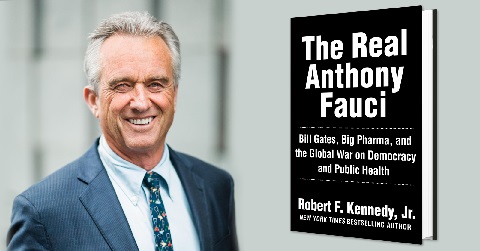 As it happens, Robert F. Kennedy, Jr., has addressed these issues and more in a new book, “The Real Anthony Fauci: Bill Gates, Big Pharma, and the Global War on Democracy and Public Health,” a no-holds barred, full-frontal attack on Fauci & Co. It’s a bracing read.

“Suddenly, trusted institutions seemed to be acting in concert to generate fear, promote obedience, discourage critical thinking, and herd seven billion people to march to a single tune, culminating in mass public health experiments with a novel, shoddily tested and improperly licensed technology so risky that manufacturers refused to produce it unless every government on Earth shielded them from liability.

“Across Western nations, shell-shocked citizens experienced all the well-worn tactics of rising totalitarianism—mass propaganda and censorship, the orchestrated promotion of terror, the manipulation of science, the suppression of debate, the vilification of dissent, and use of force to prevent protest. Conscientious objectors who resisted these unwanted, experimental, zero-liability medical interventions faced orchestrated gaslighting, marginalization, and scapegoating.

“As the trusted public face of the United States government response to COVID, Dr. Anthony Fauci set this perilous course and sold the American public on a new destination for our democracy.”

Now that’s deception, and on an industrial scale. You don’t have to sport a tinfoil hat to understand that something is horribly wrong here, that the personal sacrifices we’ve been called on to make have no bearing on the course of COVID, and—worst of all—the Megatrons and Bonecrushers who are doing this to us are sadistically enjoying it.

Across the nation and around the world, people are fighting back—but is it too late? So far, marches and demonstrations have been met with riot police, roundups, and concentration camps. But as they say about socialism, you can vote your way in, but you have to shoot your way out. Sensing danger, parts of officialdom are now muttering about “learning to live with COVID,” which is what they should have been doing all along.

Enough is enough. After two years of poisonous squid ink regarding the origins of the disease and its dangers, it’s time to put away the electron microscope, back away from the Petri dish, and just ignore Omicron—which like a typical virus nearing the end of its life has increased in transmissibility and decreased in virulence). Heisenberg will do the rest.

Then fire Fauci and his team of Decepticons and go back to first principles: get it, get over it, get on with it. They’ll come up with a new set of Transformers soon enough.