To a City of Galilee Named Nazareth 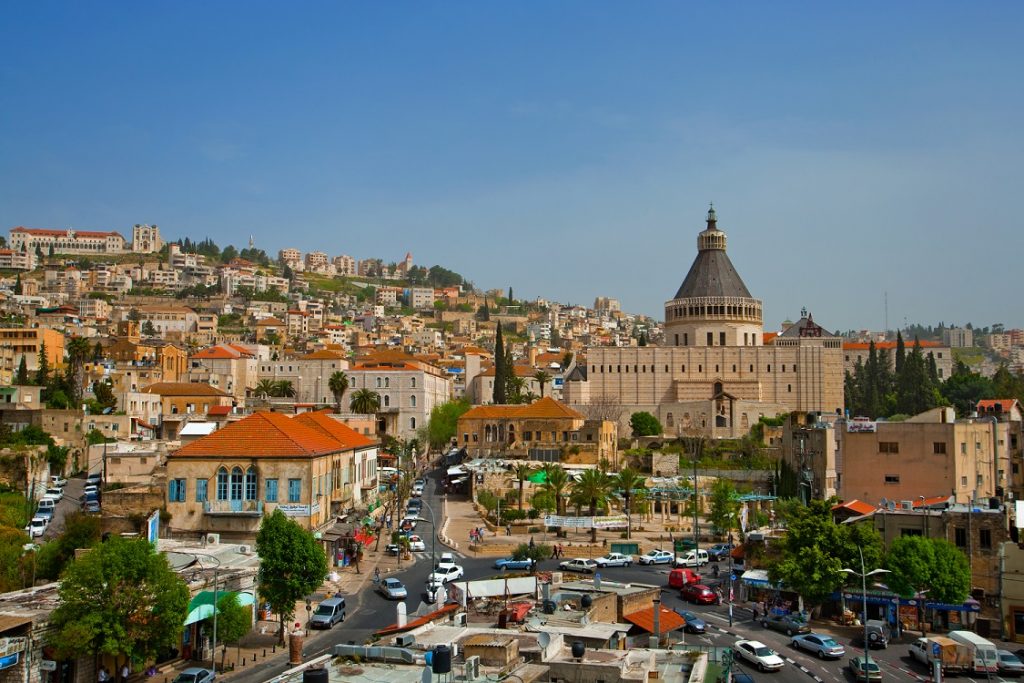 The modern day city of Nazareth

The great significance of Jesus’ hometown

Christmas pageants around the world begin with these introductory words out of the Gospel of Luke: “Now in the sixth month the angel Gabriel was sent by God to a city of Galilee named Nazareth, to a virgin betrothed to a man whose name was Joseph, of the house of David. The virgin’s name was Mary” (Luke 1:26–27).

The angel Gabriel’s announcement to Mary that she will give birth to the Savior is one of the most astonishing moments in history—not only because of God’s intervention in the human story but also because of Mary’s response. This unwed, religious teenager says yes to God, without question, reservation, or hesitation: “Behold, I am the servant of the Lord,” she said, “Let it be to me according to your word” (Luke 1:38).

Mary’s response proves she was the right girl for the job. A deeper look at her story, however, reveals a God who had been busy at work for centuries to bring about this special moment. He had revealed bits and pieces of the story to the prophet Isaiah 700 years earlier, then maneuvered kingdoms, exiles, revolts, and a government census to connect the dots and weave this most beautiful of stories.

Joseph and Mary were both of the lineage of David, which means their ancestors were not originally from the Galilee but the southern Judean region. Hence, they were required to appear in Bethlehem to be registered at the time of the Roman census.

Their ancestor, King David, had been born in Bethlehem, and the prophet Micah had prophesied that one of David’s descendants—the coming Messiah—would also come from there: “But you, Bethlehem Ephrathah, Though you are little among the thousands of Judah, Yet out of you shall come forth to Me The One to be Ruler in Israel, Whose goings forth are from of old, From everlasting” (Micah 5:2, emphasis added). For this reason, first-century Jews expected the Messiah to be born in Bethlehem. 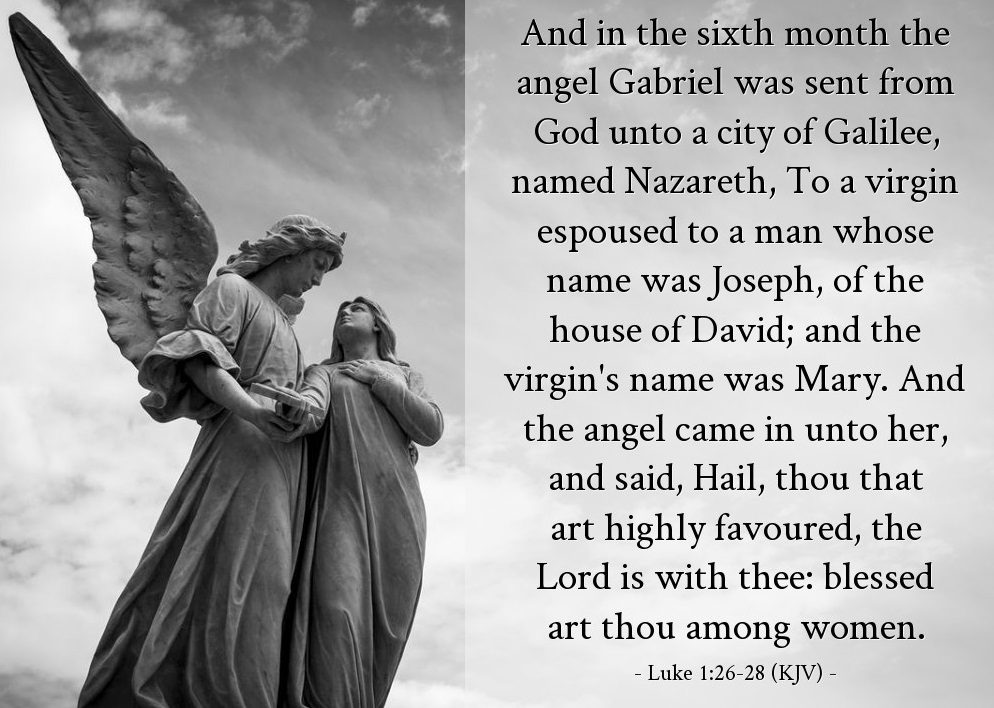 Because of Jesus’ humble birth, and because his family fled Bethlehem when he was a toddler, he did not go through life known as “Jesus of Bethlehem.” One would think that the “son of David” would have been identified more closely with this city of King David‘s royal birth. He was not—the Gospel of John indicates many Jews did not even know Jesus had been born in Bethlehem and, therefore, thought he lacked that messianic qualification (John 7:41–43).

That is because another city featured more prominently in the life of Jesus—so much so that it became the identifying part of his rather common name—Jesus of Nazareth. Years after his death and resurrection, even Jesus identified himself to Saul on the road to Damascus as “Jesus of Nazareth” (Acts 22:8).

The Gospel of Matthew attempts to explain the significance of Nazareth as another fulfillment of prophecy: “And he came and dwelt in a city called Nazareth, that it might be fulfilled which was spoken by the prophets, ‘He shall be called a Nazarene’” (Matthew 2:23, emphasis added).

However, the Bible includes no such prophecy, which has led to much discussion about what Matthew was referring to. There seems to be more than meets the eye when it comes to Jesus’ boyhood hometown of Nazareth.

Nazareth may have been small, but it did have a synagogue, and there Jesus was taught Torah and earned the title of Rabbi and teacher. The Gospels indicate both Jesus and his father were “carpenters,” and Justin Martyr said in the second century that Jesus made plows and yokes—some of which were still in use. Others point out that the word “carpenter” should be translated as “builder,” and thus, Jesus may have worked more with stone than with wood. If he was a builder, then he and Joseph may have worked in nearby towns such as Sepphoris, the Roman capital of the Galilee that was being rebuilt at the time of Jesus.

A City of Galilee

Some 400 years later, the Hasmoneans reestablished Jewish sovereignty over Judea and the Galilee, which led to a throng of Jewish exiles making their way back from Babylon to their homeland. According to a document from around AD 200, blood relatives of Jesus lived not just in Nazareth but in Kochba—east of the Sea of Galilee along the route from Babylon.

Therefore, it is highly likely that Jesus’ ancestors, originally from the region of Bethlehem, made their way back from exile in Babylon, stopping right inside Hasmonean Jewish territory at Kochba. Some of the clan remained there. Others continued to the ruins of an ancient Israelite town in Galilee and built their homes there.

Archaeology indicates Nazareth was founded during the Hasmonean dynasty and was built on top of an Israelite town destroyed by the Assyrians centuries before. By the time of Jesus, it was still small and home to only some 150–400 people. They were probably all from the same clan and from the royal lineage of David (as were both Mary and Joseph).

The question is why those descendants of King David did not continue their journey out of Babylon to the south—to Bethlehem or Jerusalem. Why did they go into the Galilee, the land of Naphtali and Zebulon, and establish themselves there instead of in the land of Benjamin? They had obviously kept their genealogical record and knew of their royal lineage.

Could it be that they intentionally settled the Galilee because of the great messianic prophecy from Isaiah 9 and 11 that indicated the Galilee would one day see a great light, a child would be born with the government on his shoulders, and a branch would shoot forth from the root of Jesse? These religious Jews would have known Isaiah’s prophecies well and prayed for their fulfillment since they spoke of a messiah-king coming from their own family line.

The Netzer of David

If these descendants of David founded the town, it is possible they named it after the prophetic promise to their family in Isaiah 11, that a netzer (branch) would shoot forth from their lineage. In this case, Nazareth could mean “little branch” in Hebrew.

There shall come forth a Rod from the stem of Jesse,

And a Branch [netzer] shall grow out of his roots.

The Spirit of the LORD shall rest upon Him,

The Spirit of wisdom and understanding,

The Spirit of knowledge and of the fear of the LORD.

The question is whether they named their town after this prophecy or after their clan name. The Greek title translated “Jesus of Nazareth” in our English Bibles can also be translated as “Jesus the Nazarene.” It is not clear whether it was a reference to the name of his hometown or a reference to “Jesus from the Davidic clan of Nazarenes.” More than likely, it was a combination of both. The story of the blind man Bartimaeus seems to make the connection between Jesus of Nazareth and the Davidic line: “And when he heard that it was Jesus of Nazareth, he began to cry out and say, ‘Jesus, Son of David, have mercy on me!’” (Mark 10:47).

I have raised numerous questions and have speculated at answers based on archaeology and early church writings. Some of these details we cannot know for sure, but they certainly are possible and help to bring that annual Christmas story alive.

Jesus was not born into just any family in the lineage of David but to a clan that may have held on to their lineage and prophetic destiny throughout centuries of exile, had returned in hope, and had named their town as an expression of their messianic expectations. His mother must have been raised praying for and expecting Isaiah’s prophecies to be fulfilled to have so readily accepted the supernatural pregnancy the angel Gabriel announced to her.

Jesus was a Nazarene not only because of the name of his boyhood town but also because that town was founded by King David’s descendants who had been praying for His birth. It is no coincidence that today in Israel, the Hebrew word for Christian is Notzrim. We are followers of Jesus, the Netzer (Branch) of David.

As we celebrate the season of this amazing story, may we be awestruck by the magnificence of our God and His sovereignty over the affairs of man. The weaving of this story between Babylon, Galilee, and Bethlehem—as prophesied centuries before—is one that should bring us to our knees in acknowledgment of the greatness of our God.

If He can weave together this magnificent tapestry, He can certainly take care of the concerns and troubles of our everyday lives. May we take a moment this Christmas to say along with Mary—that young Jewish girl of Davidic lineage, found by Gabriel in a city of Galilee named Nazareth—“my soul magnifies the Lord!” (Luke 1:46).

Susan Michael is the ICEJ US Director, creator of Israel Answers, and the American Christian Leaders for Israel (ACLI) network.