To Our Fellow Engineers, Building Professionals, and Citizens around the World 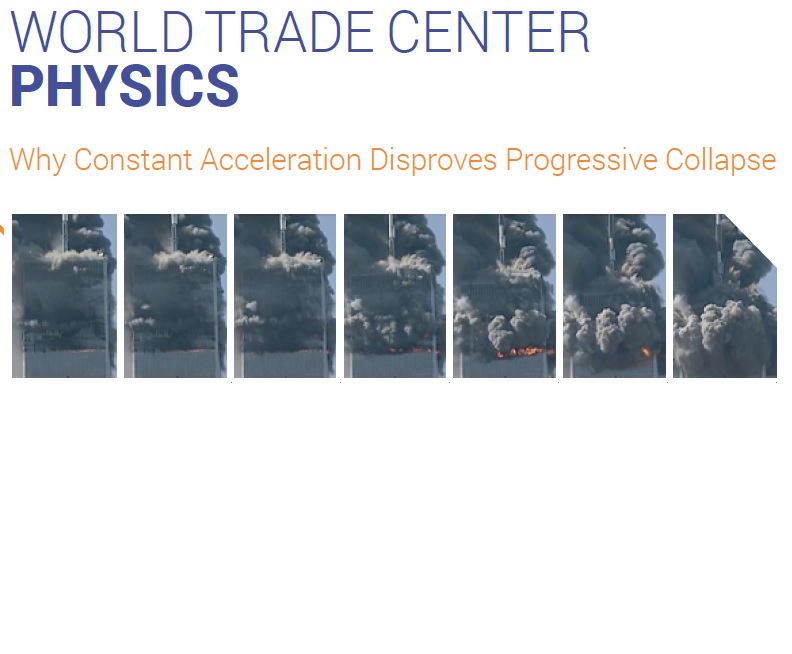 (The following letter is part of a full color mailer that was recently sent to over 35,000 Architects and Engineers and ASCE Elites)
It is now 15 years since the attacks of September 11, 2001. The tragic and horrific events of that day claimed the lives of 2,977 innocent victims, including the 2,146 building occupants and 421 emergency responders who perished in the destruction of the World Trade Center Twin Towers.

With the aim of preventing a similar catastrophe in the future, the engineering community has endeavored to understand why and how these two buildings, along with the 47-story World Trade Center Building 7, could collapse completely to the ground when no other steel-framed high-rise in history has done so.

Now, 15 years later, many of us have reached the professional conclusion that the Twin Towers could not and did not collapse from the combined effects of the airplane impact damage and the fires that ensued, nor did Building 7 collapse because of the unextraordinary office fires it experienced. 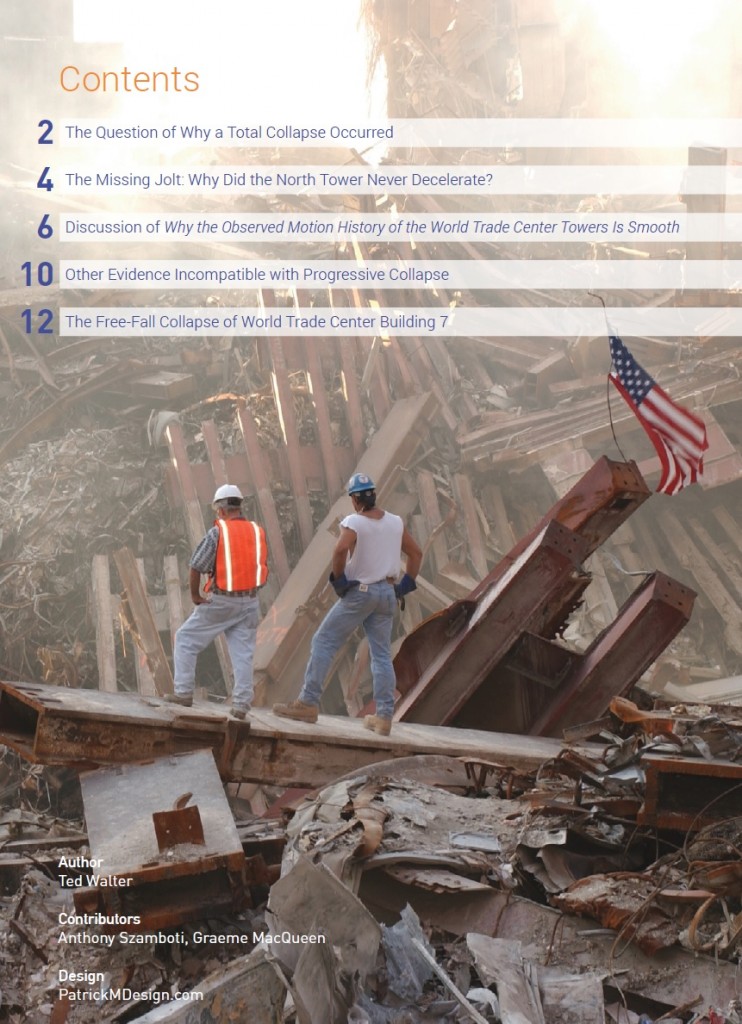 In the pages that follow, you will find a discussion of the most central and decisive question concerning the collapse of the Twin Towers — a question that was not addressed in the investigation by the National Institute of Standards and Technology: Why was the upper section of each building able to fall through the lower section all the way to the ground without its fall ever being arrested or even — in the case of the North Tower, which can be measured accurately — decelerating at any time?

Today, the argument that such behavior was possible without the aid of explosives — i.e., that the buildings underwent a natural progressive collapse — relies solely and entirely on a series of technical articles, examined herein, that have been comprehensively and indisputably refuted.

If you share our concern, we urge you to join us in calling for a new investigation by going to AE911Truth.org and signing the petition of Architects & Engineers for 9/11 Truth — which has now grown to more than 2,500 architects and engineers.

We, the engineering professionals who watched those towers come down, owe it to the people who lost their lives on September 11, 2001, and to future generations, to correct the record on this fateful event while it is still within our power to do so.

The Undersigned (listed at the back)