“What if the Bible is wrong?” 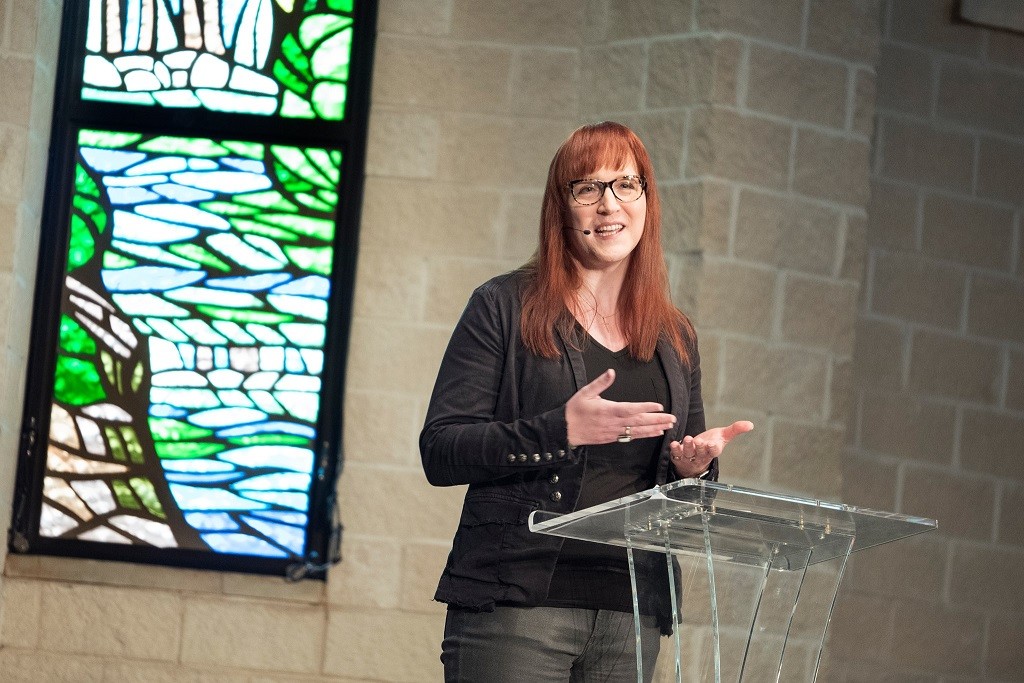 The nation’s first transgender Baptist preacher spoke to a national Baptist gathering on April 8, explaining that the doctor who delivered him as a baby was wrong in declaring him a boy, and that it was an “angel of reason” that caused him to accept his inclinations to identify as a woman.

“This know also, that in the last days perilous times shall come. For men shall be lovers of their own selves, covetous, boasters, proud, blasphemers, disobedient to parents, unthankful, unholy, Without natural affection, trucebreakers, false accusers, incontinent, fierce, despisers of those that are good, Traitors, heady, highminded, lovers of pleasures more than lovers of God; Having a form of godliness, but denying the power thereof: from such turn away.” 2 Timothy 3:1-5 (KJV)

Daniel Robinson, who goes by the name Allyson Robinson, had been studying to be a pastor at Baylor University’s George W. Truett Theological Seminary in 2005 when he began to wrestle with his gender identity as never before. He had struggled with his desire to be a man since childhood.

“I have known my entire life that the world was wrong about me, that on the day I was born, when the doctor took a cursory glance between my legs and authoritatively declared ‘It’s a boy,’ he was wrong—dead wrong,” Robinson told the Alliance of Baptists in St. Louis this month.

He said that one day in his early seminary days he contemplated suicide, but an “angel of the Lord” that he called “reason” stopped him.

“What if God hasn’t fixed you because you’re not broken?” Robinson said he heard inside of himself.

“What if the Bible is wrong?” the voice said. “What if you’ve been reading it wrong?”

Robinson told those gathered that in that moment he “sacrificed his certainty” and hoped that God would count it as “righteousness.”

In other appearances, Robinson has explained that he went into therapy but kept his gender identity issues as secret until graduating from Baylor due to the seminary’s policies about homosexuality and transgenderism. He also took a position as pastor of Meadow Oaks Baptist Church in Temple, Texas during his time at Baylor.

Robinson’s wife, Danyelle, expressed her support about his desire to identify as a woman.

In 2014, he worked as a transitional minister at Calvary Baptist Church in Washington, D.C., and was ordained there as a woman. 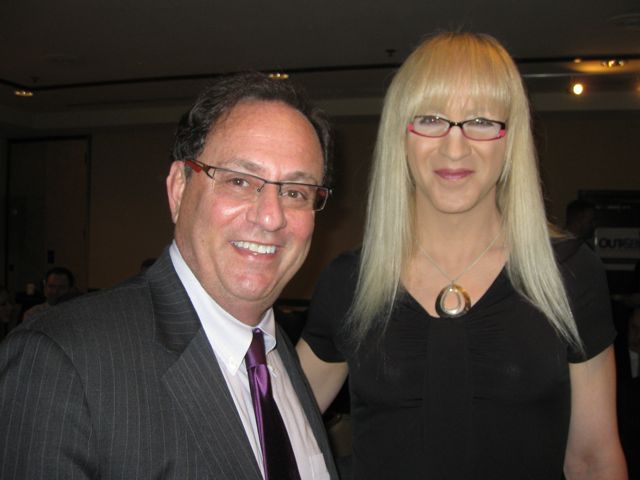 “Allyson Dylan Robinson is a minister of the gospel, trained for the task, and ordained to the gospel ministry by another community in which she has served as pastor,” former leader Amy Butler wrote at that time. “Over the course of her journey, God has invited her to step into the faithful witness of a new identity, a true identity, and a new name.”

“Frankly I consider Job, Gautama Buddha, Joan of Arc, Rumi and Johnny Cash to be my spiritual predecessors far more than Augustine, Aquinas or Barth,” he told the Alliance of Baptists this month. “My hymnal has a lot less Isaac Watts and Fanny Crosby, but it’s full of Bob Dylan, Bruce Springsteen, Tupac and Beyonce.”

However, some have come to the opposite conclusion of Robinson, and state that it is not healthy to support and affirm a person’s desire to live as those of the opposite sex.

As previously reported, Walt Heyer, a 75-year-old man who obtained a sex change operation in the 1980’s to live as a woman for eight years before reverting back to his biological gender, now leads a ministry in which he shares his story with the world of how Christ redeemed his life and gave him hope.

“Nobody’s ever born a transgender,” he told the Daily Mail last January. “They’re manufactured as a result of something, a developmental childhood issue that has yet to be determined for many people.”

“All of them have some level of depression, and we’re not treating them,” Heyer lamented. “We’re just cutting off body parts and giving them a new name and a new gender.”

“God designed man; He designed women,” he also said in a video recorded last year. “God will redeem the lives of people who struggle with gender identity issues just like I did. He redeemed my life, and I’ve been free from it as a result of that.”

‘He Redeemed My Life’: Man Who Lived as Woman for Years Now Shares Christ With Transgenders 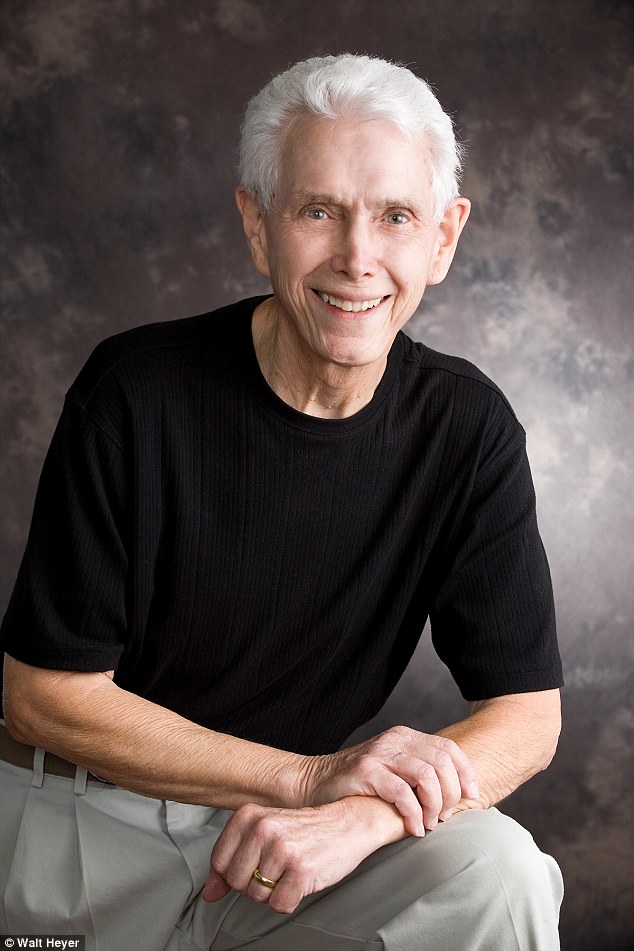 Los Angeles, Calif. — A California man who obtained a sex change operation in the 1980’s to live as a woman and later reverted back to his biological gender is sharing his story of how God redeemed his life and gave him hope.

Walt Heyer lived as Laura Jensen for eight years and even had a job with the U.S. government while living as a transgender, but says that having a physical operation did nothing to resolve the mental and emotional struggles that he faced.

Heyer told the Daily Mail recently that he believes his problems stem from his childhood, when he was sexually abused by one relative and cross-dressed by another.

“[M]y grandmother, when I was being babysat by her, started dressing me in female clothing. She even made me a purple chiffon evening dress,” he recalled. “And when dad found out what grandma had been doing, and dressing me up like a girl, it did change everything.”

“[My father’s] adopted brother Fred began to sexually molest me,” Heyer said. His mother’s strong disciplinarian personality was also difficult to cope with as well.

“Mom’s discipline got even more severe,” Heyer explained, “and I would learn much later in life that on one occasion, her discipline was so tough she thought she had almost killed me.”

He said that the insecurity he felt over the circumstances soon led him to believe that he was a girl trapped in a boy’s body, and he began to become more reclusive. Although Heyer went on to marry and have children, at the age of 37, he decided to obtain a sex change operation to become a woman.

He said that he divorced his wife just before the operation because he did not want to put her through the ordeal. However, his children were not happy with how the situation was destroying their family.

“When a father does that, you’re betraying your children, and what came to my mind later on was I saw myself as much more important than my kids,” Heyer explained. “That is probably the most self-centered, narcissistic thing a person can do. It’s just nonsense to place yourself over a couple of kids, who needed someone to be there for them.”

He lived as Laura Jensen for eight years and worked for the Federal Deposit Insurance Corp. But one day while studying psychology at the University of California, Heyer had an epiphany: He wasn’t a transgender. He was a man with a psychological problem that trying to live as a woman wasn’t going to fix. Heyer also learned that his answer wasn’t within himself; it was in Christ. 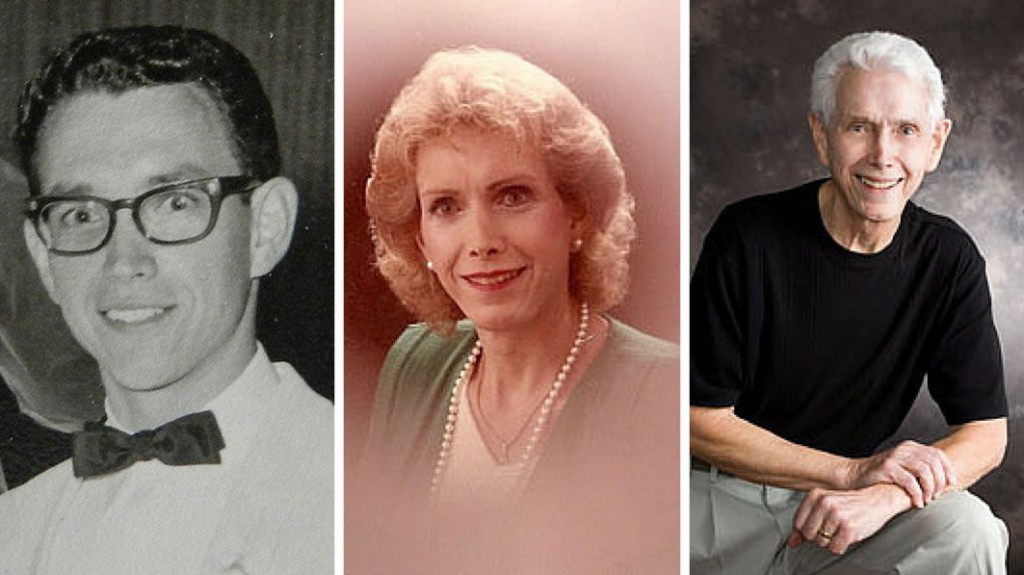 So, eight years after obtaining the operation, Heyer reverted back to living as a man, and now says he doesn’t believe that people are born transgender.

“Gender dysphoria is a psychological condition where you are dissatisfied with your gender,” he told the Daily Mail. “Nobody’s ever born a transgender. They’re manufactured as a result of something, a developmental childhood issue that has yet to be determined for many people. In retrospect, I can see that changing genders, quite frankly is just pure foolishness.”

Heyer says that those who struggle with the condition are not receiving proper care, and many medical professionals are too quick to agree to surgery.

“All of them have some level of depression, and we’re not treating them,” he lamented. “We’re just cutting off body parts and giving them a new name and a new gender.”

“[But] biologically, no one can transport to the other gender, it’s not even possible,” Heyer stated. “All they do is pump people full of hormones, put in breast implants and declare that they’ve manufactured a female. It’s biologically impossible to make a man into a woman.”

The now 74-year-old man has since made amends with his children and runs a website to compassionately help others who struggle with gender identity or are expressing regret over having a sex change operation.

“God designed man; He designed women,” he said in a video recorded last year. “God will redeem the lives of people who struggle with gender identity issues just like I did. He redeemed my life, and I’ve been free from it as a result of that.”