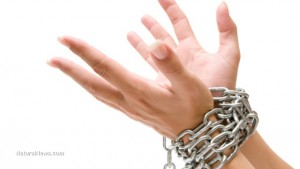 (NaturalNews) A new Oxfam America report has revealed some deeply disturbing information about the working conditions for workers at Tyson Foods. The “No Relief: Denial of Bathroom Breaks in the Poultry Industry” report, exposes how workers are routinely denied bathroom breaks, and calls for the company to change its ways.

The report was compiled after interviewing employees of Tyson Foods and other poultry producers such as Perdue Farms, Sanderson Farms and Pilgrim’s Pride. In total, the companies that were assessed represent 60 percent of the country’s poultry market. The researchers discovered that workers were often met with ridicule or even punishment after asking to take a toilet break.

The situation is so dire that some workers said they had to urinate or defecate on themselves right where they stood, while others simply went without food and drink to avoid potentially losing their jobs over going to the bathroom. Many workers have even starting wearing diapers to work.

The supervisors are allegedly under pressure to meet speed and production requirements on the processing line, leading them to make workers wait hours to use the bathroom for just a few minutes, or denying them bathroom breaks altogether. Some workers who were “lucky” enough to be given permission to use the bathroom report being given a mere ten minutes to leave their post, remove their gear, make use of the facilities, put their gear back on, and then return back to their positions.