(WNS)–British taxpayers are helping fund persecution of Christians overseas, according to a recent investigation into the country’s foreign aid contributions.

Government officials defend the donations as anti-poverty efforts. But critics say the U.K. and other Western nations should use aid efforts to help promote religious liberty, not trample it. 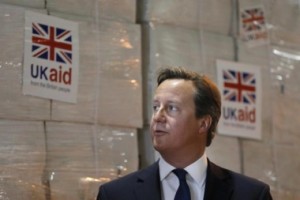 Bingham compared 2013 donations (the most recent year available) from the Department for International Development (DFID) and other agencies to the World Watch List of 50 countries with the worst persecution records. Open Doors, a Christian non-profit that serves the persecuted, generates the annual list. Four out of five countries on that list got 2013 British taxpayer assistance, The Telegraph reported.

The DFID distributed a vast majority of the annual aid – 2.4 billion pounds ($3.7 billion). According to its website, the agency’s mission is to end “extreme poverty” through education, health, and economic growth. The list of the agency’s responsibilities includes preventing violence against women and girls and “helping prevent climate change.” It says nothing specific about religious liberty.

“Britain’s commitment to aid is praiseworthy but we must make sure that it is directed properly to the right people in the right way,” Bishop Michael Nazir-Ali, the former Bishop of Rochester and current president of Oxtrad, told The Telegraph. Nazir-Ali also called on the British government to spend money assisting persecuted Christians forced to flee places like Iraq and Syria.

David Curry, president of Open Doors USA, thinks religious choice and freedom of expression “need to be a part of the calculation governments are making when they’re giving out foreign aid.”

“There is a responsibility for free societies to use their foreign aid to encourage religious freedom,” he said. “I think that would be true of the U.K. and the U.S., which give billions of dollars in foreign aid to countries which are persecuting Christians and subjugating religious minorities.”

Western governments specifically use foreign aid as “leverage to promote their values,” he noted, adding religious liberty should be one of those values.

That’s not happening in Britain, said Philip Davies, a Conservative member of Parliament. “When the government gives out taxpayers’ money to other countries in aid or loans, it should have very clear conditions, but it appears that there are none,” Davies told The Telegraph. “Over half of the 136 countries we gave money to in 2013 oppress and mistreat their citizens because of their religion or sexuality. This is unacceptable.”

The British government already was under fire for foreign aid donations in recent months. The Foreign Office is fighting a legal battle to maintain budget secrets after allegations it may be financially supporting Pakistan’s death penalty, The Telegraph reported in July.

Other controversial donations include 50 million pounds ($78 million) in foreign aid to Clinton charities and a single 415 million pound ($647.3 million) payment to The Global Fund charity in 2013, according to The Daily Mail. The massive donation to The Global Fund came days ahead of the deadline to meet Prime Minister David Cameron’s “controversial spending pledge” for international aid—0.7 percent of GDP.