U.S. Blows $4.1 Million on Another Shoddy Project to Rebuild Afghanistan 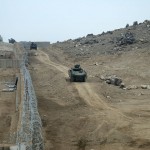 In the latest of a slew of corrupt Afghanistan reconstruction projects, the U.S. government blew more than $4 million on a shoddy military training center in Kabul, according to a federal audit released this month. It’s part of a broader, fraud-infested initiative that nevertheless keeps receiving huge sums of American taxpayer dollars. When the Taliban was booted from power in 2001, Uncle Sam committed a huge chunk of change to help rebuild Afghanistan by building and renovating facilities such as schools, prisons, hospitals and industrial parks.
As of March 2017, Congress has appropriated an eye-popping $117.3 billion for U.S. relief and reconstruction activities in Afghanistan. The money flows through the Department of Defense (DOD), State Department and the famously corrupt U.S. Agency for International Development (USAID). Judicial Watch has for years monitored and reported on the Afghanistan reconstruction debacle that continues fleecing American taxpayers. Most have been documented in tremendous detail by the Special Inspector General for Afghanistan Reconstruction (SIGAR). They include the mysterious disappearance of nearly half a billion dollars in oil destined for the Afghan National Army, a $335 million Afghan power plant that’s seldom used and an $18.5 million renovation for a prison that remains unfinished and unused years after the U.S.-funded work began.
Among the more outrageous expenditures are U.S. Army contracts with dozens of companies tied to Al Qaeda and the Taliban. The reconstruction watchdog recommended that the Army immediately cut business ties to the terrorists, but the deals continued. Another big waste reported by Judicial Watch a few years ago, involves a $65 million initiative to help Afghan women escape repression. The U.S. government admits that, because there’s no accountability, record-keeping or follow-up, it has no clue if the program was effective. In a humiliating failure exposed earlier this year, the U.S. government’s costly effort to counter narcotics in Afghanistan actually resulted in a huge increase in poppy cultivation and opium production. Opium production rose 43% in the Islamic nation, to an estimated 4,800 tons, and approximately 201,000 hectares of land are under poppy cultivation, representing a 10% increase in one year alone.