U2 losing fans after coming out in support of abortion

Irish rock band U2 are in favor of repealing the eighth amendment and the constitutional ban on abortion in Ireland.

Legendary Irish band U2 has irked a section of their fans by coming out in support of Ireland repealing its constitutional ban on abortion.

The Irish rock stars tweeted an image about repealing the eighth amendment to the Irish constitution, the amendment that places the life of the unborn child as equal to that of the mother. 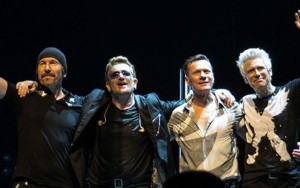 While some voiced their support of the iconic group backing the Yes vote in the upcoming referendum on May 25, others were appalled that U2 would back the cause and claimed that although lifelong fans, they would no longer support the band.

May 25, 2018, will be the day when the people of Ireland vote on whether to make Ireland’s abortion laws – which are currently some of the most restrictive in the world – more liberal.

Currently, the Eighth Amendment to the Constitution of Ireland, ratified in 1983, gives mothers and unborn equal rights to life. On May 25, 2018, the Irish public will have the chance to vote to allow the Irish Parliament (Dáil Éireann) to put forth new abortion legislation.

While abortion is supposed to be allowed in Ireland if the life of the mother is at risk, it is illegal apart from this, even in the cases of rape, incest, or a fatal fetal abnormality. Despite this, it is estimated that as many as 12 Irish women a day travel abroad for an abortion or illegally purchase abortion pills.