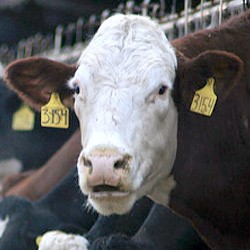 It didn’t take long for the iconic ice cream brand to launch a media blitz in the hope of polishing its tarnished image. Just weeks after news spread of our lawsuit, the Unilever-owned Ben & Jerry’s hit the airwaves with a new feel-good story—this time, touting how “successful” the company’s “Milk with Dignity” program has been.

These are harrowing times for the nearly 1,500 migrant workers laboring on Vermont’s largest dairy farms. These farmworkers, predominantly from Mexico, are forced to live in the shadows, where their farm bosses harbor them in exchange for long hours, low wages and cheap housing. It’s a human rights stain on the state, allowing these migrant workers to live and be treated this way. And it continues because there’s a whole lot of “looking away” from the deep-rooted ugliness of this system, which has been described by human rights advocates as “close to slavery.”

Who employs Vermont’s migrant workers? Ben & Jerry’s, for one. And no amount of catchy campaign phrases and upbeat promotional press releases can cover up the truth about what working conditions are really like for migrant workers laboring on behalf of an ice cream company that rakes in more than $477 million in annual sales.

Ben & Jerry’s continued its “positive press” campaign last week with the announcement of a new CEO, who the company said has “rock-solid values” and a “courageous vision for the role businesses can and should play in the world.”

We suggest that Ben & Jerry’s new CEO, Matthew McCarthy, live up to this glowing description by transitioning to a 100-percent organic dairy supply in order to clean up the mess its conventional dairies have made of Vermont’s waterways—and clean up its glyphosate-contaminated ice cream.

Oh, and while he’s at it, maybe McCarthy can do something about the deplorable conditions endured by Vermont’s dairy farmworkers. Just sayin.’