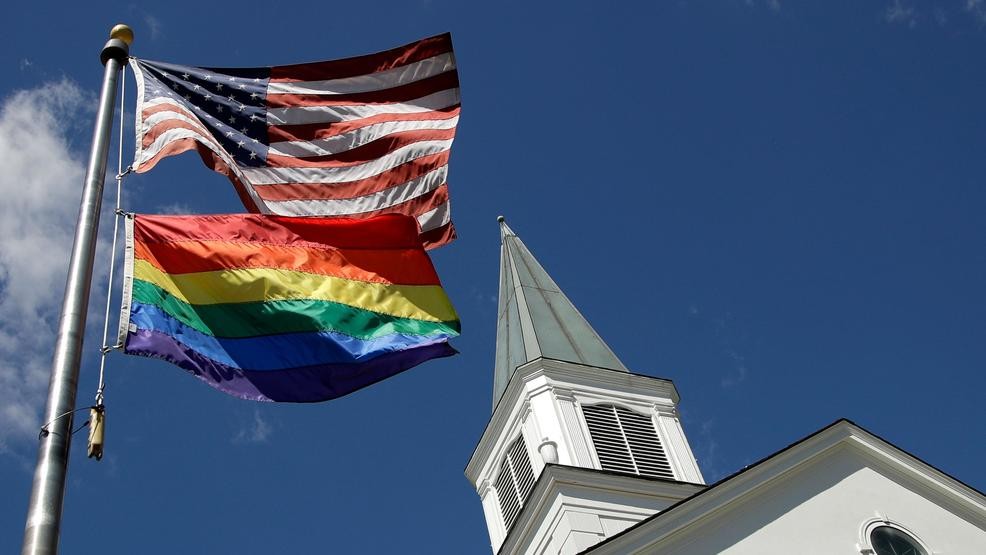 LEAWOOD, Kan. — Citing that the United Methodist Church (UMC) is at an “impasse” on the issue of homosexuality, a proposal has been put forward to mutually agree for “traditionalist” United Methodists to leave and form their own denomination, so that those remaining can remove the biblical prohibition on homosexuality as encompassed in the Book of Discipline and thus allow for same-sex “marriages” in churches and the ordination of homosexual clergy.

Adam Hamilton, who leads United Methodist Church of the Resurrection of Leawood, Kansas, announced the proposal on Friday. It is one of two up for consideration — the other of which would conversely result in the departure of the homosexual-affirming entities to form their own denomination.

Hamilton’s group is believed to be the largest in the UMC, with 22,000 members and four locations, and is openly homosexual-affirming on its website, offering a “LGBT Ministry” and a “LGBT and Allies Community Group.”

Hamilton explained that UMC bishops had convened a group to discuss the way forward due to the divide over the issue of homosexuality, and this was the proposed solution. He was among those who backed the idea of separation.

“[W]e would allow traditionalists to be able to leave with their property, and to provide funds to help them start a new denomination,” he said.

With the “traditionalists” gone, Hamilton stated, it would then pave the way to allow those remaining to vote to change the United Methodist Book of Discipline to eliminate any verbiage characterizing homosexuality as being contrary to Christianity.

It would consequently also eliminate the prohibition against same-sex “marriage” in United Methodist churches and the officiating of such services anywhere by clergy, as well as the proscription on clergy engaging in the sin of homosexuality.

The move “would basically remove all of the negative language around human sexuality,” Hamilton said. “Currently, our Book of Discipline says that the practice of homosexuality is incompatible with Christian teaching. We would be removing that.” 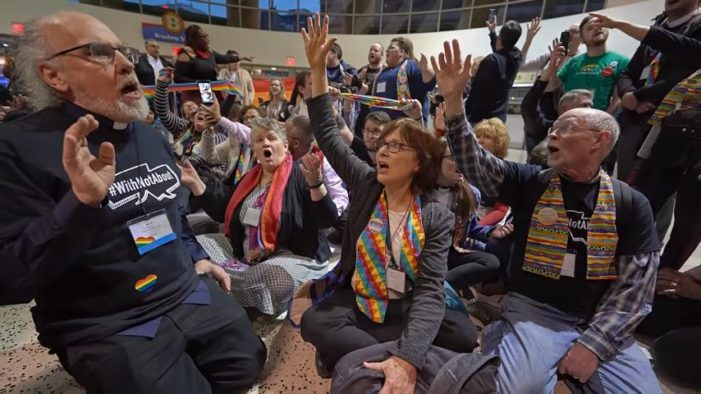 “The United Methodist Church and its members are at an impasse, the Church’s witness and mission is being impeded, and the Church itself as well as its members have been injured,” the proposal reads, suggesting that the split must occur because the “Church” and its work is being harmed otherwise.

“[T]he undersigned propose restructuring The United Methodist Church by separation as the best means to resolve our differences, allowing each part of the Church to remain true to its theological understanding, while recognizing the dignity, equality, integrity, and respect of every person.”

The move comes after the majority of delegates worldwide voted in favor of the “Traditional Plan” during a special session of the General Conference last February, striking down the Simple Plan and the One Church Plan. Delegates on both sides of the issue ardently provided their views, with some breaking out in song after the final result and others protesting.

“The Traditional Plan is not only traditional but biblical; it ensures God’s word remains foundational to the life and growth of the UMC. I submit we love our LGBTQ friends [by upholding the Bible],” Jerry Kulah of the Africa Initiative Coalition declared.

According to Fox News, 43 percent of delegates were from overseas, with the majority being from Africa. Africans were strongly in support of the Traditional Plan.

“You will be putting a virus into the American church that will make it very sick, and it will be sick quickly,” Thomas Berlin of Floris United Methodist Church in Herndon, Virginia claimed in speaking against the Traditional Plan. “Many of us have members who will leave and have already notified us to tell us so.”

During his comments to the media on Friday, Hamilton pointed to a previous split among Methodists over the issue of slavery, stating that it used to be the Methodist Episcopal Church, but those in the south defended slavery while those in the north believed that it was not “God’s will or God’s plan.”

A reporter who said she was playing “devil’s advocate” asked what he would say to those who note that Scripture characterizes homosexuality as being an offense to God. Hamilton claimed that the Bible makes slavery seem permissible and that some text should be read in its cultural context.

“In the Torah, you are told that you can beat your slaves with rods [and] as long as they don’t die within 24 hours, there’s no penalty because the slaves are property,” he asserted. “And nobody today thinks that’s okay, but at the time, they did.”

“For many of us, we believe — when it comes to human sexuality — that the handful of verses that talk about stoning a gay man don’t reflect God’s will and purposes for human beings,” Hamilton continued. “And instead, God wills for us to be faithful to one another and to love one another. When the biblical authors were speaking about homosexuality, they were talking about what was going on in their time and their understanding of human sexuality.”

Hamilton estimates that, should the proposal pass, as many as 25 percent of churches currently within the UMC will leave, and mostly in the south. The UMC would pay millions to the traditionalists as a part of the severance agreement. A vote is expected during the General Conference in May.

As previously reported, while the common argument among those who identify as homosexual is that they were “born that way,” the Bible teaches that all men are in the exact same predicament:

All are born with the Adamic sin nature and are therefore “by nature the children of wrath” (Ephesians 2:3), having various inherent inclinations that are contrary to the law and will of God and being utterly incapable of changing by themselves (Job 14:4).

It is why Jesus came: to “save His people from their sins” (Matthew 1:21) and that they might be “saved from wrath through Him” (Romans 5:9) — taking out of the way for those who are saved both the penalty for, and the power of, sin.

Jesus outlined in John 3:5-7 that men must be regenerated by the second birth, and be transformed from being in Adam to being in Christ, or they cannot see the kingdom of Heaven. This work of the Holy Spirit is known in Christianity as the doctrine of regeneration.

Scripture also states that those who do not adhere to godliness and sound teaching are those who cause divisions in the Church, not the other way around.

“Now I beseech you, brethren, mark them which cause divisions and offenses contrary to the doctrine which ye have learned, and avoid them,” Romans 16:17 states. “For they that are such serve not our Lord Jesus Christ, but their own belly, and by good words and fair speeches deceive the hearts of the simple. [But] your obedience is come abroad unto all men. I am glad therefore on your behalf, but yet I would have you wise unto that which is good, and simple concerning evil.” Romans 16:18-19