Unregistered Baptist Fellowship, (UBF) Approve a Resolution to Support Houston Pastors, and Condemn the Attack by Officials in Houston Texas

RESOLUTION ON THE HOUSTON PASTORS’ SUBPOENAS 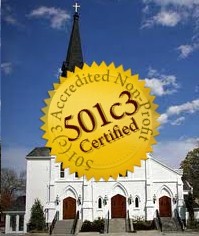 Whereas, the City of Houston, Texas has elected its first openly Sodomite (lesbian) Mayor, Annise Parker, and;

Whereas, the City Council of Houston passed a so-called Equal Rights ordinance that is destructive of the rights of others, as when it permits, encourages and helps so-called “transgender” people to claim discrimination if they are banned from restrooms, and;

Whereas, opponents sought through petition to introduce a ballot referendum on this perverse ordinance, and;

Whereas, City Attorneys responded by issuing a tyrannical, unprecedented demand that key pastors turn over their sermons, and other communications related to homosexuality and/or the immorality of the perverse, unjust ordinance, and;

Whereas, this demand of the pastors is an attack on the religious liberty and freedom of speech for which our Baptist forefathers suffered in order to teach and bring to our nation, before and during its birth, and;

Whereas, these liberties are not only God-given, Biblical and Natural Law rights, but are also codified by the First Amendment to the U.S. Constitution, as well as in the Texas Constitution;

Therefore, Be it Resolved that the City of Houston not only withdraw, but publically repudiate, this demand as unlawful, and issue an apology to the pastors of Houston;

Be it Further Resolved that the City of Houston repeal and repudiate its so-called Equal Rights ordinance, since the Bible and natural law teaches that homosexuality is a behavioral choice, and therefore a wicked sin, as much as adultery, stealing, murder, etc. (1 Corinthians 6:9-10; Romans 1:26-28).

Be it Further Resolved that the pastors of Houston examine their relationship with the state and make sure it conforms to the Biblical pattern, so that First Amendment rights are not complied by incorporation, 501C3/ tax exemption, and that the light of God’s countenance may be fully upon them.

Therefore, the Unregistered Baptist Fellowship hereby rebukes Mayor Annise Parker, and the officials of Houston who have joined with her, in this unjust assault upon religious liberty and freedom of speech; and we stand with these pastors who are trying to check the wicked homosexual agenda in their city.

Dr. Greg J. Dixon, representing the pastors of the UBF, will be on location at the Houston, Nov. 2, meeting. Dr. Greg J. Dixon was the pastor of the 8,000 member Indianapolis Baptist Temple when it was seized by IRS agents and bulldozed down, in 2001, for failure to collect and pay FICA taxes. The Church also had it’s tax exempt status removed by the IRS in 1995 because of Dr. Dixon’s sermons against Homosexuality.