US Citizen Released from North Korea

By Michael Ireland
PYONGYANG, NORTH KOREA (ANS) — One of three US citizens being detained in North Korea has been released, US officials said on Tuesday, October 21.

State department spokeswoman Marie Harf confirmed that Jeffrey Fowle was on his way home on Tuesday following negotiations, according to the BBC. 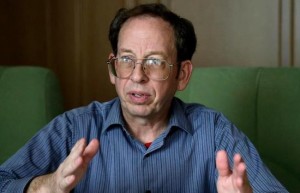 The BBC reported Harf said the US was working to secure the release of two other US nationals, Matthew Miller and Kenneth Bae, who remain in detention in North Korea.

The US has accused North Korea of using the detained Americans as pawns in a diplomatic game, the BBC said.

The BBC stated that, Mr Fowle, 56, entered North Korea on April 29 and was detained in early June as he was leaving the country. He was charged with “anti-state” crimes.

The BBC said he was reported to have left a Bible in the toilet of a restaurant in the northern port city of Chongjin, but his family have insisted that he was not on a mission for his church.

In August, Fowle and fellow detainee Matthew Miller made a televised appeal to the US government to help secure their release. The BBC reported that, responding to the appeal, the US authorities vowed to make securing the release of the detainees a “top priority.”

The BBC went on to report that the state department’s Marie Harf said Washington welcomed Mr Fowle’s release, adding that US officials “remain focused on the continued detention of Kenneth Bae and Matthew Miller and again call on the DPRK [North Korea] to immediately release them.”

Harf said North Korea had asked the US government to transport Jeffrey Fowle out of the country as a condition of his release. Harf also thanked Sweden, which serves as the US protecting power in North Korea, for the “tireless efforts” of its embassy in Pyongyang.

The BBC said no reason was given for Mr Fowle’s release. In its analysis, the BBC said Washington has been trying to send high-level representatives to negotiate the detainees’ release, but these visits have been cancelled by North Korea in recent months.

The BBC added that Pyongyang has denied accusations that it is using the arrested Americans as diplomatic bargaining chips.