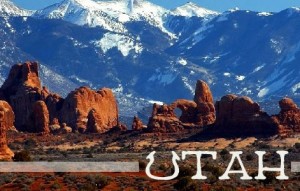 With the federal government engaged in a de facto unconstitutional occupation of some two thirds of Utah’s territory, citizens of the state and their elected representatives have had just about enough. So, on December 31, the State of Utah is formally demanding that Washington, D.C., relinquish control over more than 30 million acres of valuable land currently controlled by various federal bureaucracies.

While apparatchiks for an all-powerful U.S. government and far-left activists are fuming over the plan, Utah lawmakers, citizens, and experts say the time has come for the state to manage — and profit from — its own resources. Constitutionally speaking, experts say the lands should have gone to state control generations ago, as the federal government promised when Utah became a state.

The escalating battle now brewing between the feds and Utah formally got underway in in 2012, when Republican Gov. Gary Herbert, riding a wave of public outrage over federal abuses and land grabs, signed the popular Transfer of Public Lands Act. Among other elements, the law calls on the federal government to hand over control of public lands purportedly owned by the U.S. government within Utah’s borders.

The law also commissioned a study, released this month, examining various aspects of the process and finances — including how Utah would manage the land it is calling on the federal government to relinquish. According to the study, contrary to the hysterical claims of pseudo-environmentalists and federal supremacists demanding ever greater federal land grabs, transferring the lands to Utah would likely be “profitable” for the state.