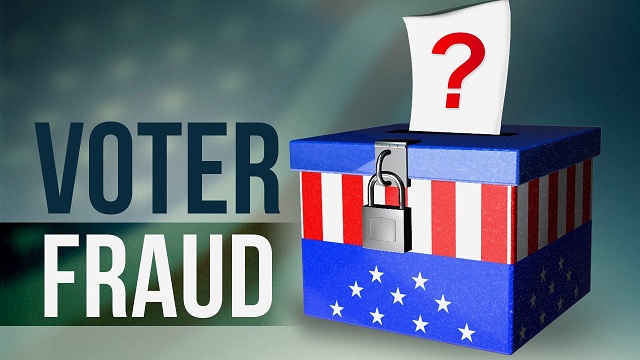 Election integrity has been called into question many times before the 2020 federal elections. Matt Schlap recently stated that Republicans have long privately discussed the major problems with election fraud, only recently beginning to publicly admit that it is a serious concern. Alveda King, the niece of Martin Luther King, Jr., recently stated that we should all be praying. Pray for truth and justice and righteousness. Some of the issues that have been raised the week of November 3, 2020, are mentioned below. It may be that the U.S. Supreme Court will decide the outcome of the presidential election based on one or more of the following:

In Pennsylvania, a state appeals court entered an order that Philadelphia election officials must allow GOP observers to be close enough to the ballot counting to “observe” (not 30-100 feet away). Election officials moved the fence to 6 feet away from the nearest table while moving the counting machines to the far side of the convention center in violation of the injunction.

In Pennsylvania, it has been claimed in one jurisdiction that there are a record number of provision ballots to count (100,000 of them), a total far beyond the norm.

The entire state of Michigan used computer software to count vote totals that has a “glitch” reported by a county election official (the glitch magically changed 3000 GOP votes to 3000 Dem votes in that one county alone). Additionally, a private citizen has posted video to the Internet of him at his computer on the Michigan State Election Commission site where voters can key in their names to see if their votes have been recorded–to demonstrate that his public record of names of the deceased includes many who “voted” after their death. Additionally, either 120,000 or 12,000 (does it matter? it had been 120,000 until someone caught it and complained and a zero was removed as an accidental error) votes were added to total votes counted in the middle of the night–100% of them voting for Biden (ballots are not segregated between GOP and Dem prior to being counted by the machines for data dumps).

Former U.S. Congressman (R-WI), Sean Duffy, reports that more votes were reported cast and counted in Wisconsin than the total amount of registered voters in Wisconsin.

In Atlanta, Georgia, inextricably, a water main breaks, shutting down the vote counting at about the same time that vote counting is also stopped for no apparent reason in other Democrat controlled cities and states. The GOP poll watchers who’d been observing the count in Atlanta were sent home along with everyone else, but not told when counting resumed not long after the water main break excuse was used to get them out. During the many hours GOP poll watchers had been excluded, huge numbers of ballots were counted for Biden.

In Arizona the GOP poll watchers were not allowed to observe ballot counting.

In North Carolina, a voter has reported that when he and his wife presented themselves to vote, a poll worker told him, “you can’t vote because you’ve already voted.” After he insisted that he’d not yet voted, and after some appeals, the prior “vote” was deleted and he was allowed to vote. 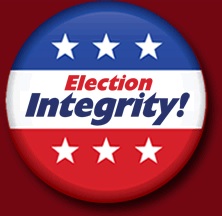 In most states, including the “undecided swing states”, voter registration rolls have long had 120% of the number of the total residents in the jurisdiction, per U.S. Congressman Jim Jordan. This problem allows, especially with mail-in ballots, votes to be cast by people who are still registered to vote on the rolls but are long dead or moved away.

Finally, there have been several reports that the envelopes containing mail-in ballots have been discarded even though they contain data crucial to election law compliance (post-marks and signatures on the outside of the envelopes, e.g.).

U.S. Congressman Jason Chavitz recently stated that he finds it curious that all of the election irregularities reported so far have favored Biden over Trump.

Federal election law (52 U.S.C. Sections 20701-20702) requires the retention of all papers coming into possession of any and all local and state election officials.

There are reports that state and federal law require election officials to allow observers in each of the contested swing states.

Investigations and discovery may uncover evidence sufficient to invalidate illegal votes sufficient to change certified election results in some or all of these states. It appears that courts may have the ability to invalidate entire elections. Regardless, the U.S. Constitution provides that state legislatures have the power and authority to select electors to the Electoral College, but state law and court orders will limit and direct that power and authority.

Most importantly, the United States obviously has serious problems that need to be resolved to restore the integrity of our elections. Hopefully, the U.S. Supreme Court will take up all of these issues in one decision that resolves the winner of the 2020 presidential election. It is important that the American people have confidence in the results of our elections. For GOP and Democrat voters, this will mean complete transparency where the evidence relied on by the Supreme Court is made available to the public and posted online.