NASHVILLE, Jan. 14, 2016 /Christian Newswire/ — WAR ROOM, the #1 theatrical hit movie from the filmmaking duo the Kendrick Brothers, launched on Blu-ray™ and DVD Dec. 22nd and quickly topped both Christian and mainstream retail charts, reports Provident Films SVP Ben Howard. WAR ROOM ranked #1 of all DVD projects of any genre. “We are thrilled that WAR ROOM is the #1 DVD in America following its record-breaking theatrical run,” said Howard. “We anticipate the sales trajectory will continue.” 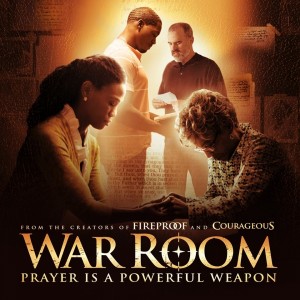 The promotional efforts for WAR ROOM by Provident Films continues into 2016. The film is nominated in several MovieGuide award categories with winners to be announced February 5th. Additionally, Priscilla Shirer will participate in the 2016 Super Bowl Gospel Celebration February 5th. Additional events are planned throughout the year focused on the power of prayer.